Home » Latest News » A class above! 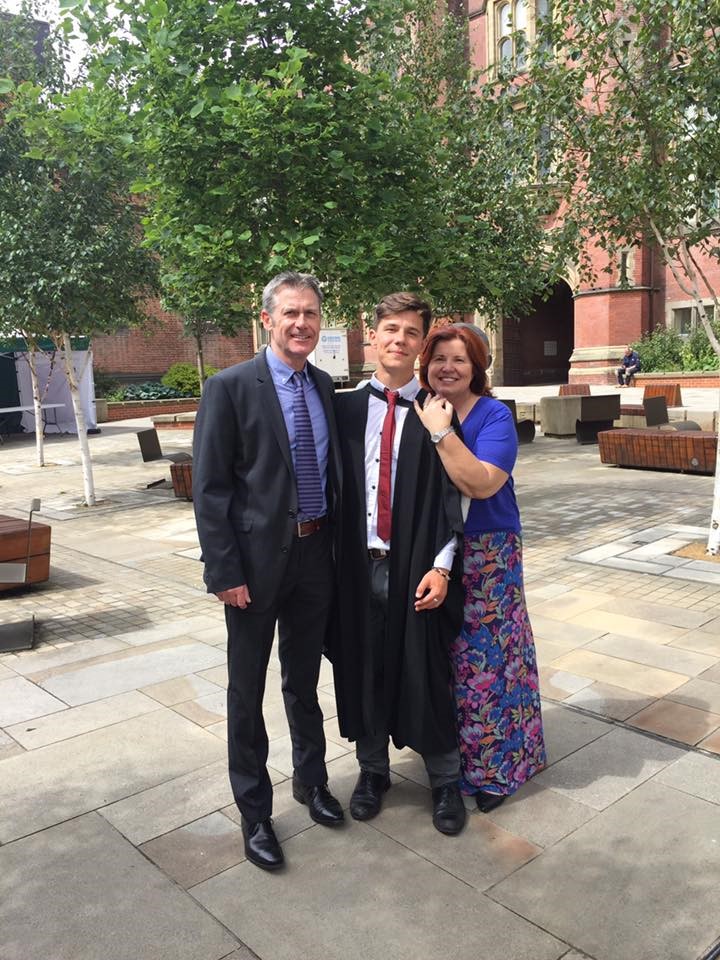 Former QE student Liam Innis has not only graduated with a first class honours degree in Modern Languages, but has had his linguistic talent recognised by Newcastle University. Liam was awarded prizes for Academic Excellence – the best marks in the year and distinctions in French, German & Spanish – as well as ‘Contribution to School Life’ as Vice-President of the Modern Languages Society. One of his French professors was so impressed that she submitted one of his essays on French Feminism to an academic journal and for another prize! Liam also had the honour of being chosen as the Student Orator, giving the closing speech at the degree ceremony.

Liam enjoyed a busy life during his four years at Newcastle. In addition to his studies, he had countless enriching and exciting experiences which would have been impossible without Languages: he took opportunities in Summer holidays to work as an Au Pair in Vienna, had an internship with the EU in Luxembourg, studied in Dresden in Germany and Montpellier in France and, of course, travelled and met people from all over the world. During his third year abroad he worked for 6 months in education journalism in Berlin, and taught English for 6 months in Peru. He’s currently working as a tour guide in Italy to add Italian to his portfolio. He’ll then travel to South America to work with a sustainable development charity, EcoSwell and to learn Portuguese in Brazil.

Liam commented: “Languages have got me where I am today and I really have my teachers at QE to thank. I couldn’t be where I am without their help and support – what I learnt with them continues to teach me day after day!” Head of MFL, Louise Nicholson, said: “What a privilege it has been to have contributed something to this wonderful young man with such a bright future ahead of him. We are so proud.”