A Levels Leading to Prestigious Apprenticeships 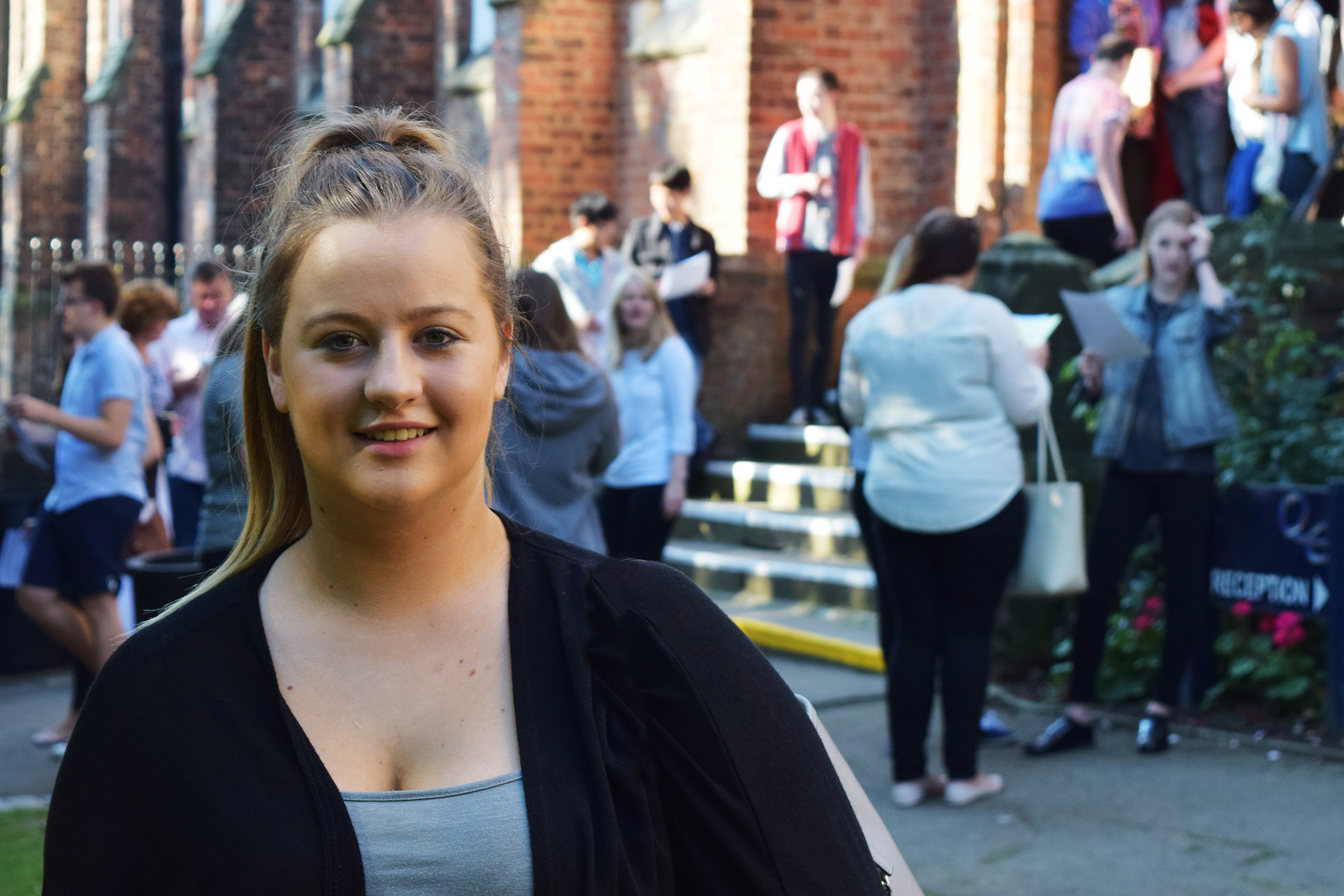 QE subscribes to the National Apprentice Scheme and is delighted that a growing number of students are using their A Levels to progress to prestigious apprenticeships.

‘‘Employers value A Levels and are keen to recruit young people with good A Level qualifications to take up higher level apprenticeships where they can work, earn and learn, in many instances gaining degrees whilst training. Our students who have chosen the apprenticeship route have been extremely successful in securing fantastic opportunities with  high profile employers such as Glaxo Smith Kline, EBAC, Durham Constabulary,  Darlington Council and Thomas Cook – to name but a few.’’

Savannah Birch from Richmond is one such QE student. Savannah has just achieved good A Level results in Chemistry, Law and Psychology and has won a civil service apprenticeship with the Ministry of Defence in Whitehall.  She discovered that she wanted to work in the Civil Service after taking part in a social mobility scheme involving a two-week work placement in Whitehall and fended off 8,000 applicants to win her dream apprenticeship. She will shortly move to central London to take up her position. Her tutor, Sven Wardle, said:

“Savannah has done brilliantly to achieve this apprenticeship but if anyone was going to do it, it had to be her! She’s fantastically positive and gregarious and I’m absolutely certain she’ll be a real success in Whitehall.”

Jess Adamson from Leyburn is another student on the apprenticeship ladder to success. At QE she made excellent progress, has just gained A Levels in Travel & Tourism, ICT and Performing Arts and has secured an apprenticeship with Hays Travel in Ripon.  It’s a great start to a career in Travel and very well deserved as competition was high with Jess having to excel in a rigorous application process which involved gruelling interviews and demanding aptitude tests.

Lead Mentor, Razwana Sharif, worked with Jess during her two years at College and remarked:

“I’m really proud of Jess. She worked very hard for her A Levels and developed skills which have helped her to follow her chosen career. Good luck to her with this new venture.’’