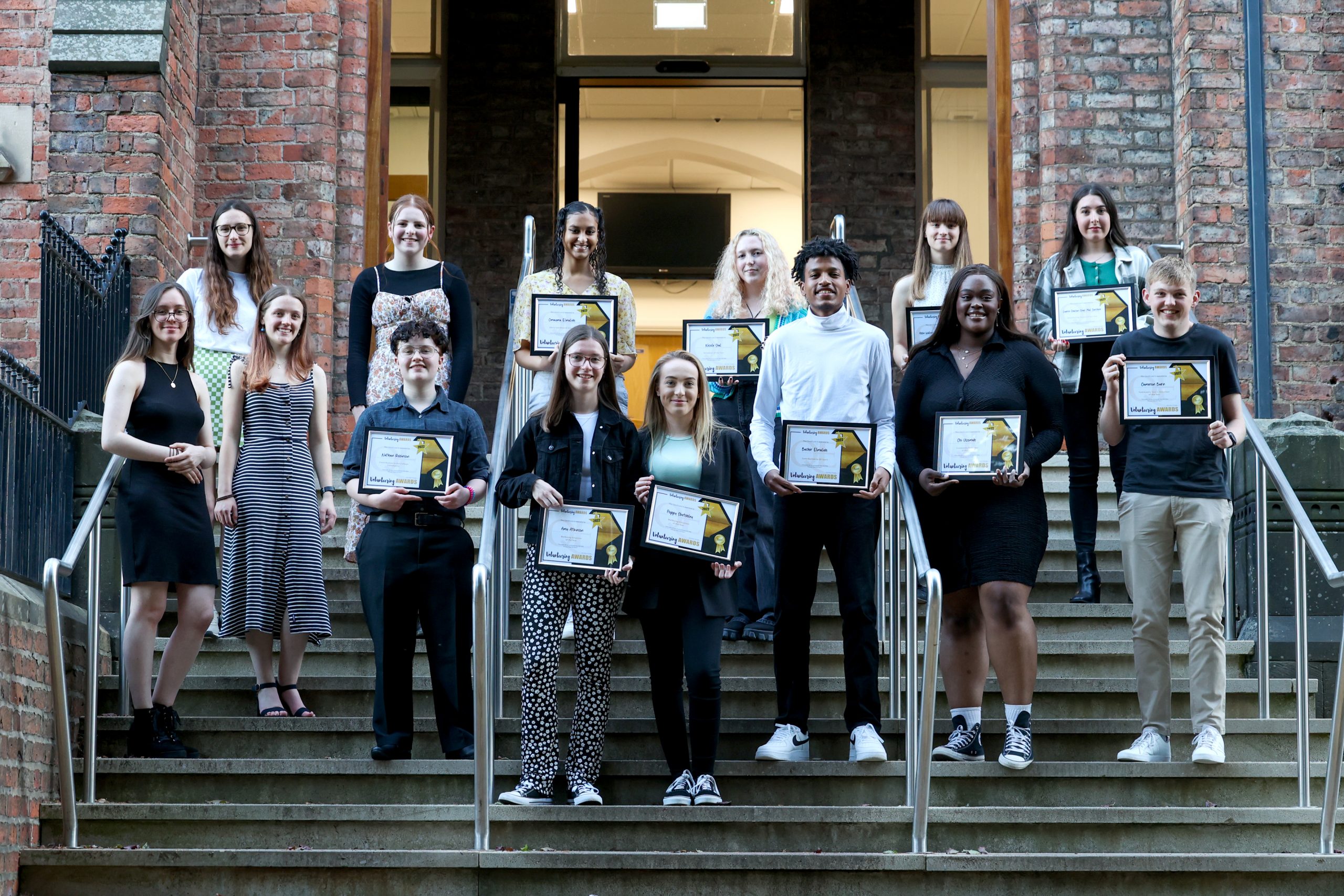 Inspirational sixth form students who volunteer in their college and the wider community have been recognised for their selfless efforts at the third annual ‘A Time to Shine’ volunteering awards. The Mayor of Darlington, Anne-Marie Curry, Conservative MP Peter Gibson, and Darlington Football Club official Dave Watson were among the local dignitaries presenting awards on Thursday 26th May at a special ceremony organised by QE. The evening event, held in our historic Main Hall, celebrated the work of the college’s many young volunteers, and nine awards were presented to individuals and groups of students whose contributions have had a significant impact on others.

Year 12 student Nicole Seal, who was named ‘QE Volunteer of the Year’ for her outstanding level of commitment to multiple causes, said: “I’m so honoured to have been awarded volunteer of the year. For me, volunteering is a great way to give back and help people who may be in a less fortunate position. It’s so rewarding to see the positive impacts we’ve made both in college and the local community. I look forward to more projects soon.”

Interact students were presented with the ‘Young Citizen Award’ by Darlington Rotary Club member Kevin Robinson. QE teacher and Interact Club co-ordinator, Nancy Wall, said students had worked tirelessly on projects around their A Level studies. “It never ceases to amaze me the level of effort, time and care our students put into volunteer work, and in return the fulfilment and sense of pride and accomplishment they achieve,” she said. “This awards ceremony not only recognises their achievements, but goes some way to say thank you to winners, nominees and all our student volunteers for their hard work and commitment to others.”

On the evening, Year 13 student Cameron Burn, who has clocked up more than 250 hours of volunteering in sport over the last three years, was named ‘Community Sport Volunteer of the Year’ in recognition of his work at Bishop Auckland Football Club, where he coaches young players. Chi Uzomah, who was instrumental in organising fundraisers and rallying the support of small businesses to raise vital money to buy sanitary products for local women’s shelters, in a bid to help tackle period poverty, was named ‘Community Volunteer of the Year’. Omayma Elmalieh, who came to QE from Sudan, won the ‘Above and Beyond’ award for her active involvement on the Equality and Diversity Committee and work as a leader for black, Asian and minority ethnic students at the college. QE’s LGBT+ group member Nathan Robinson, who helped the college achieve the Rainbow Flag Award, was presented with the ‘Contribution to the College Community’ prize, while Poppy Sketchley and Amy Atkinson together won the ‘Wellbeing Volunteer of the Year’ award for their work on the QE Buddies support scheme. The ‘Contribution to QE Sport’ award was presented to Bashir Elmalieh and the Snail Mail Sunshine scheme, led by students Abbie Walker and Lauren Dowson, was named Project of the Year.