Home » Latest News » Against the Odds 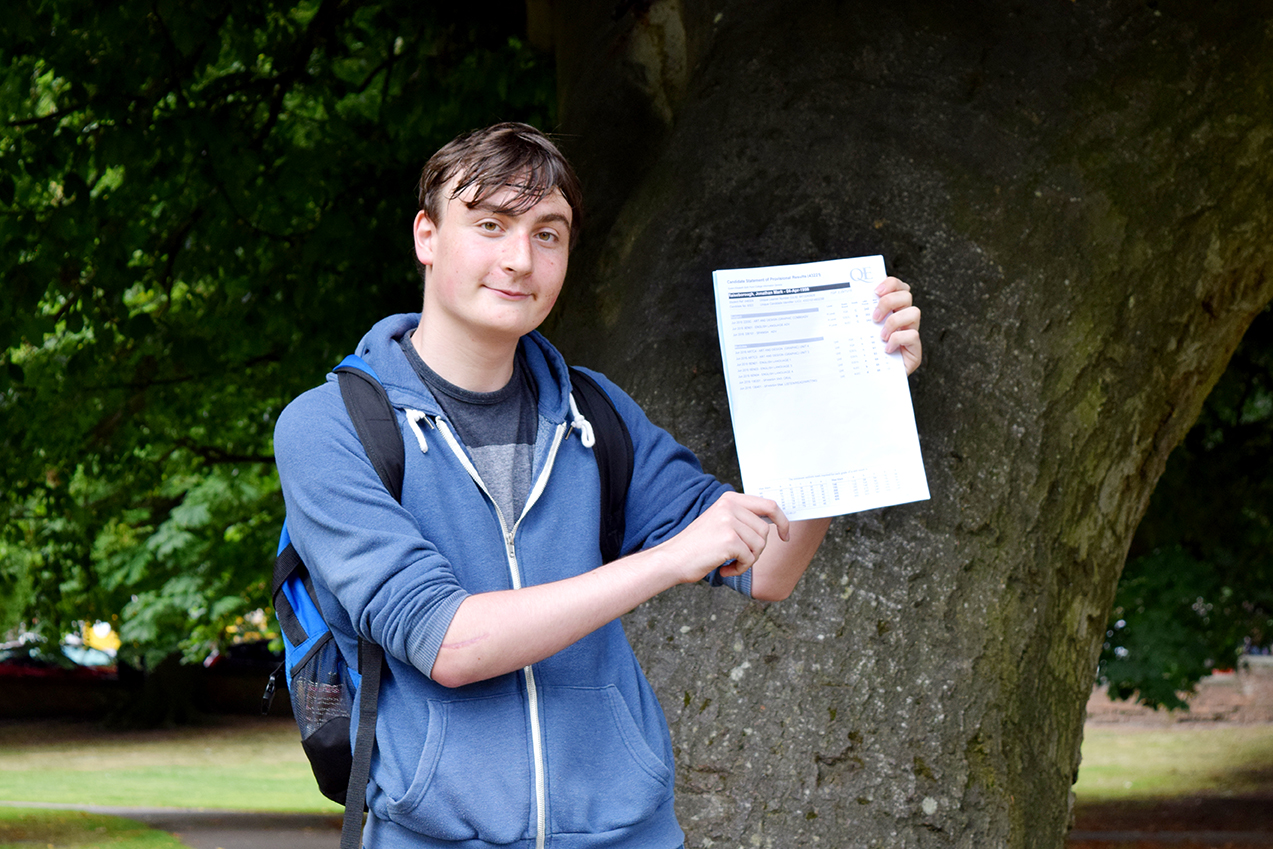 Today at QE a large number of students are celebrating gaining their A levels with many having to overcome significant barriers to do so. Jonathan Raiseborough has just achieved impressive A Level grades in English Language, Graphics and Spanish and his experience is inspirational, a credit to his commitment and determination to succeed.

Jonathan was diagnosed with OCD during his time at secondary school and had some time out of school because of the stress he was experiencing. He continued to study and achieved a good set of GCSEs which enabled him to come on to A level study. It was decided that Jonathan would benefit from some ground-breaking treatment for OCD which was only available in London. Jonathan and his family felt that this was important and so, for a period of some months, Jonathan balanced his treatment and his studies. Both have been successful with Jonathan’s pleasing grades success showing real evidence of both his and his family ‘s determination.

Alongside this Jonathan has found time to illustrate a children’s book for a friend of the family. The proceeds of the book will go to the National Autism Society.  Jonathan is a very talented artist and hopes to pursue a career as an illustrator in the future. He will now progress to Queen Elizabeth Sixth Form College’s Foundation Art course.

“We are all delighted by and extremely proud of Jonathan’s success. He is always a very positive person, is incredibly polite and a delight to have in College.  He is very unassuming and has an excellent future ahead of him. Jonathan also thoroughly deserved to be recognised in the local community by being awarded the “Exceptional Student” trophy at the Vibe Awards.”