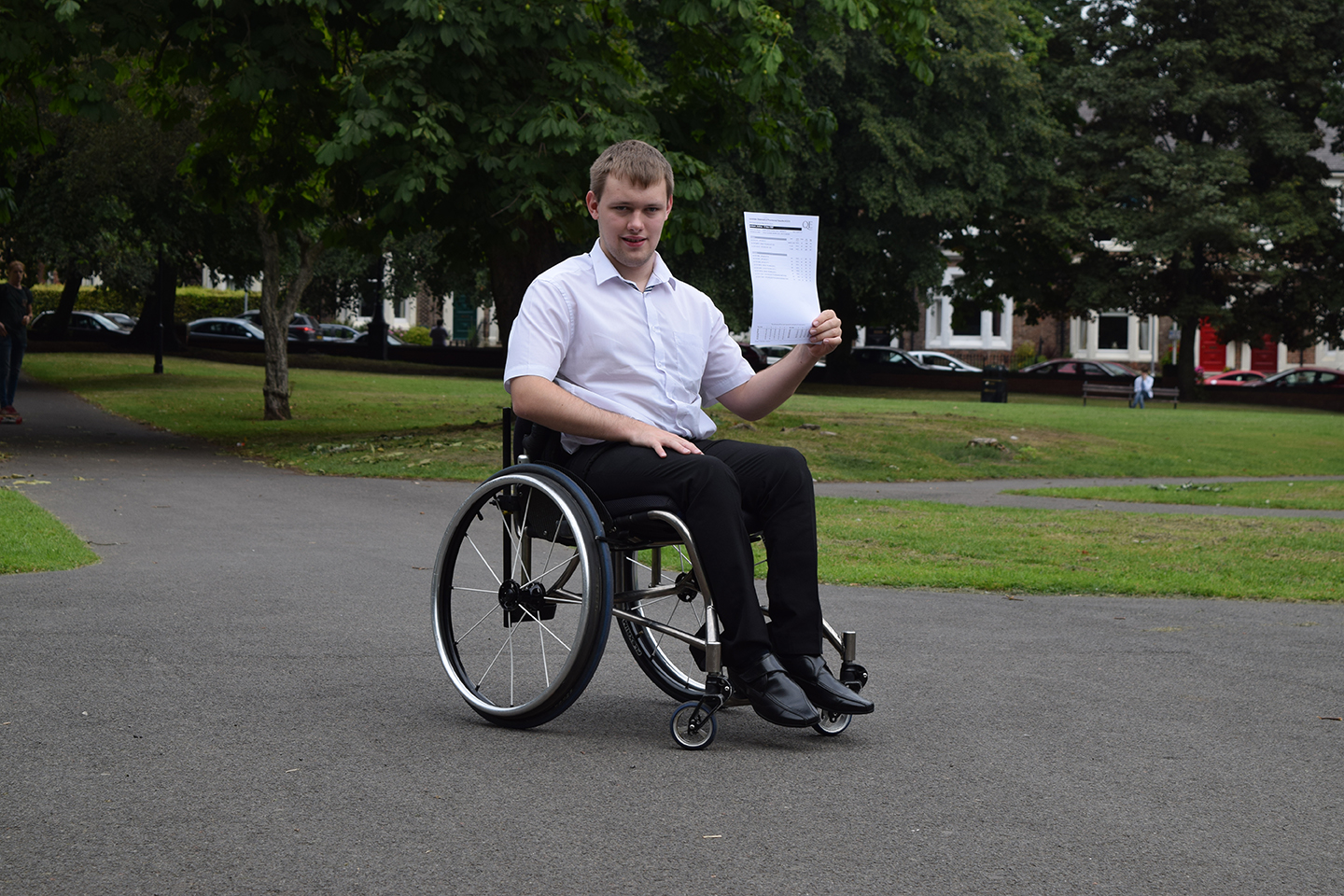 QE is linked to the National Apprentice Scheme where students are matched to prestigious apprenticeship opportunities. One student who has used his A Levels to progress to this route is Josh Jackson.

Josh has achieved a pleasing set of A Level results in ICT, Music Technology and Psychology and he has secured a high quality IT apprenticeship, with an opportunity to achieve a subsidiary diploma and a further Level 4 qualification.

Josh is a very determined student who has played a full part in the life of QE and who never lets his physical disability of cerebral palsy stop him taking part in activities. As well as achieving very well in his academic studies, he was a member of the College’s award winning Rock Choir and went on a tour of three concert venues in Europe last year. He has also been part of the College’s Student Executive where he regularly acted as an Ambassador for QE at events with local schools. He excelled in this role because of his ability to relate to others and his lively sense of humour.  Josh was also part of the student voice on the Equality and Diversity Committee.  Josh enjoys playing wheelchair basketball and was instrumental in organising and playing in a competitive tournament with other QE students.

“We are very proud of all of Josh’s achievements during his time at QE. His positive attitude to life is an inspiration to other students and we know that Josh will be very successful in his apprenticeship.”