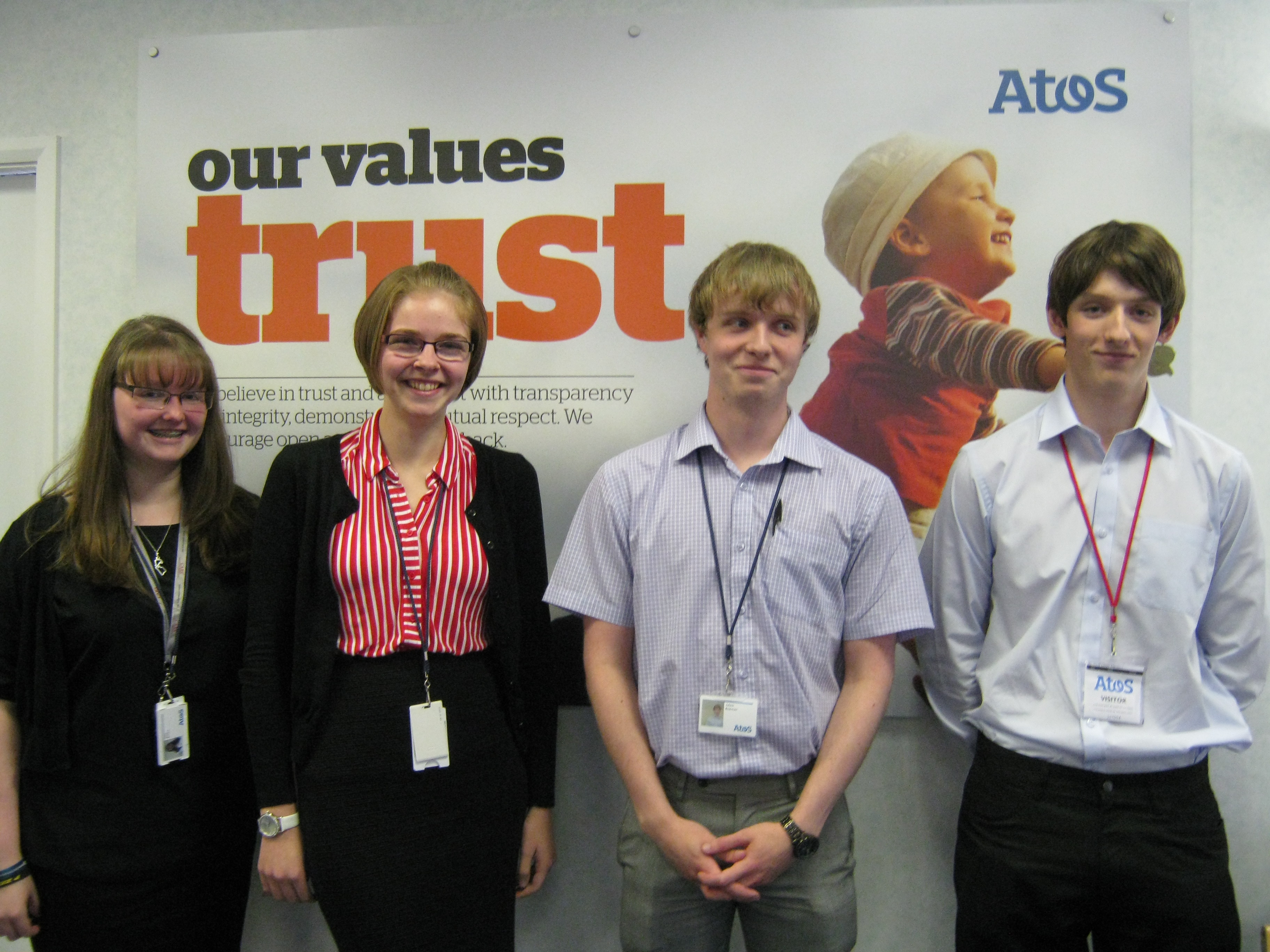 This year the company recruited four students from QE on to its advanced and higher apprenticeship scheme. The students, Amy Brown, Claire Nelson, Adam Bowman and Daniel Robinson were attracted by the fact that Atos is a global company that won the Investors in People Newcomer Employer of the Year Award at the National Apprenticeships Awards 2013.  This was awarded in recognition of the company’s successful apprenticeship scheme and their policy of recruiting and progressing talent in the North East and Darlington area.

‘The higher apprenticeship that I have at Atos gives me great opportunities to advance the skills that I learnt at College. After A Levels, I knew that university wasn’t for me and so started looking for an apprenticeship to further my education. QE assisted a lot during this process and helped me find the apprenticeship that I now have. I think it’s a good scheme because I will learn a lot from the courses on offer whilst finding out what it’s like to be in a working environment. At the end of the course, I will gain a foundation degree and be on the same salary as the current graduates.  I’ll then have the opportunity to move almost anywhere in the world with Atos, as they are a worldwide company.’

‘We are delighted that four of our students have used their A level qualifications to win apprenticeships with Atos.  A Levels are a qualification that employers value and students with A levels are highly employable. I wish Amy, Claire, Adam and Daniel every success in the future.’