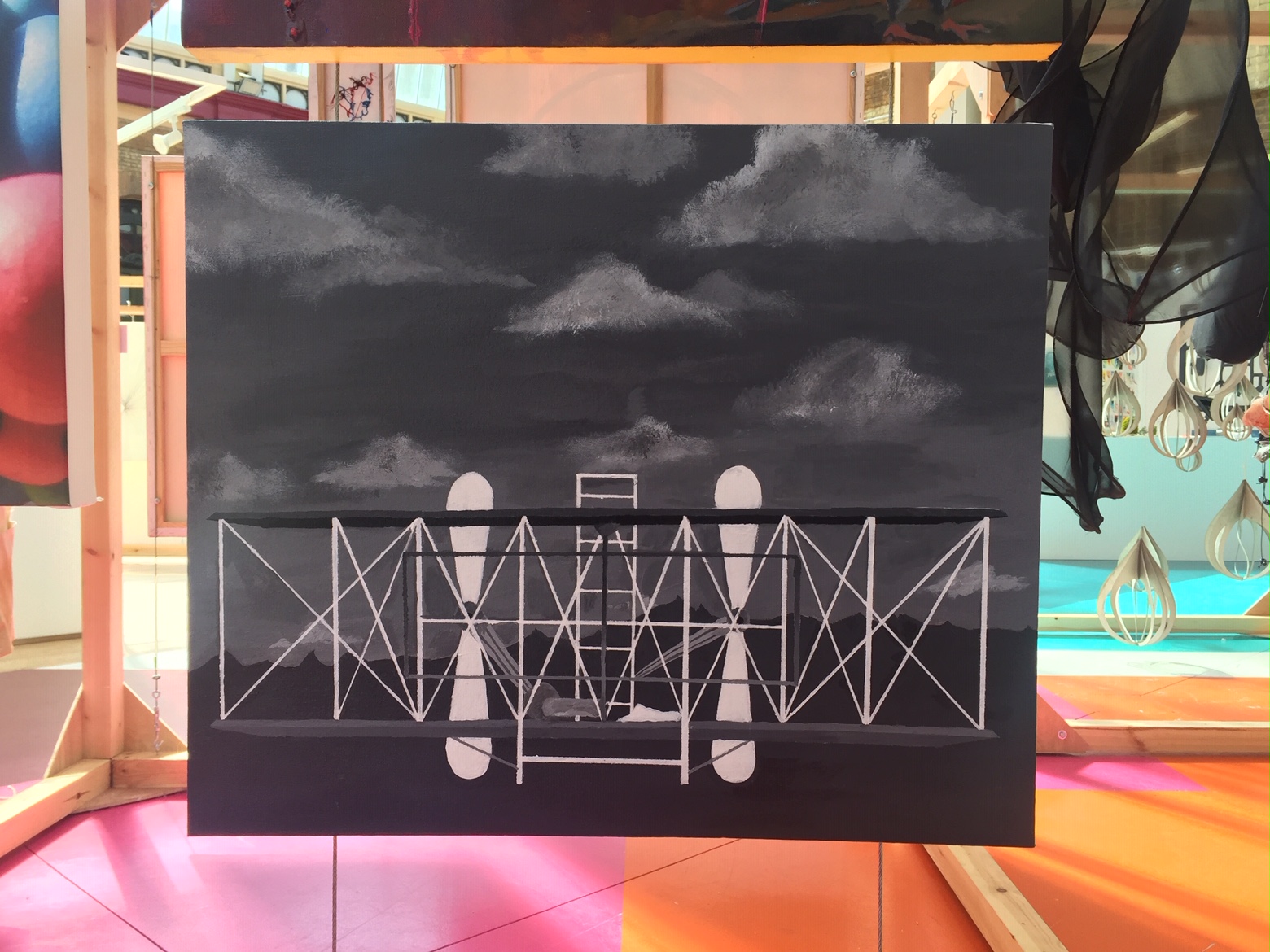 Three Art and Design students from QE have had their work proudly displayed in Alexandra Palace, London, as part of The Sixth Form Colleges Association’s 2019 National Arts Exhibition. The theme of this year’s exhibition, entitled ‘Cloud Land’, celebrated the ways in which Art, Science and Technology came together during the development of aeronautics and their continued relevance in this industry today.

Lewis Andrews used a drone to emulate the movement of an aeroplane in three images called circling, alternative routes and crossing paths, representing the different stages of being on a flight, whilst Will James’s photograph, the Mechanical Bird, depicts him and his partner in a bird-like position whilst watching an aeroplane. Finally, Kayleigh McPherson’s submission, Skylines, is an aeroplane painting which emphasises horizontal and vertical lines and the engineering skills needed to build aeronautical structures.

Vicky Snowball, Course Leader for Art and Design at QE comments: ‘For Lewis, Will and Kayleigh to have their fantastic pieces of artwork displayed in Alexandra Palace is a wonderful achievement. Their images were viewed by not only the general public, but also other colleges, schools and artists, showcasing their skills to a very large audience. We are incredibly proud of them all’.