Home » Latest News » Battling it Out 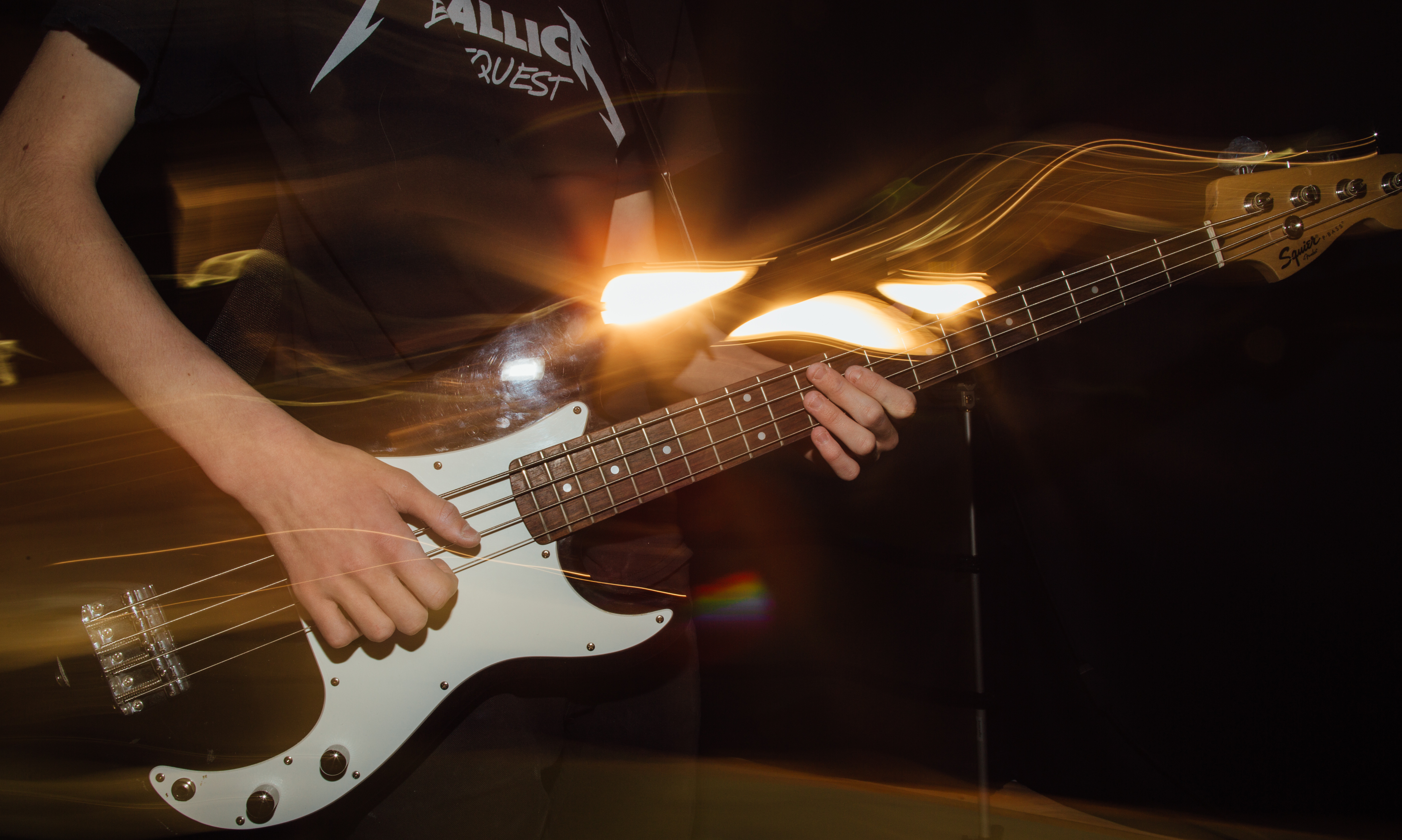 The final of the much-anticipated Battle of the Bands competition at QE was a great success with a huge number of students turning out to see which of the bands from the heats would win recording time at the Forum and the Liam Harker Trophy.

“Few events can show the energy at the heart of the Battle of the Bands, with writhing rocking, soothing soul and absorbing acoustics.  The fresh and varied bands attracted many music hungry fans, all of whom left with their rhythmical thirst quenched. I can whole-heartedly say that this year’s Battle of the Bands was an unbridled artistic accomplishment. “

The afternoon, hosted by Student Association President, Esther Farnell and Lewis Timms, was kicked off by WHITE VINYL, followed by LOS BASTARDOS, UNTIL WE MEET, ESCAPADA and SOUL’D OUT. Last year’s winners, HYDE, made an appearance whilst the votes were being counted. The unanimous result was announced to an excited audience by Principal, Tim Fisher – UNTIL WE MEET were the winners and the band got on the stage for a final song.

‘‘It was a pleasure to be in the Battle of the Bands. All of the bands played at a high standard and we had a great time competing against friends from other bands.  We entered the competition to gain more performance experience and, hopefully, more fans. It was a big surprise to win and we are grateful for all the effort that went into organising the event. It’s exciting to be able to record some of our songs with the 10 hours recording time we won, so thanks to everyone who was involved – it was a great experience!’’