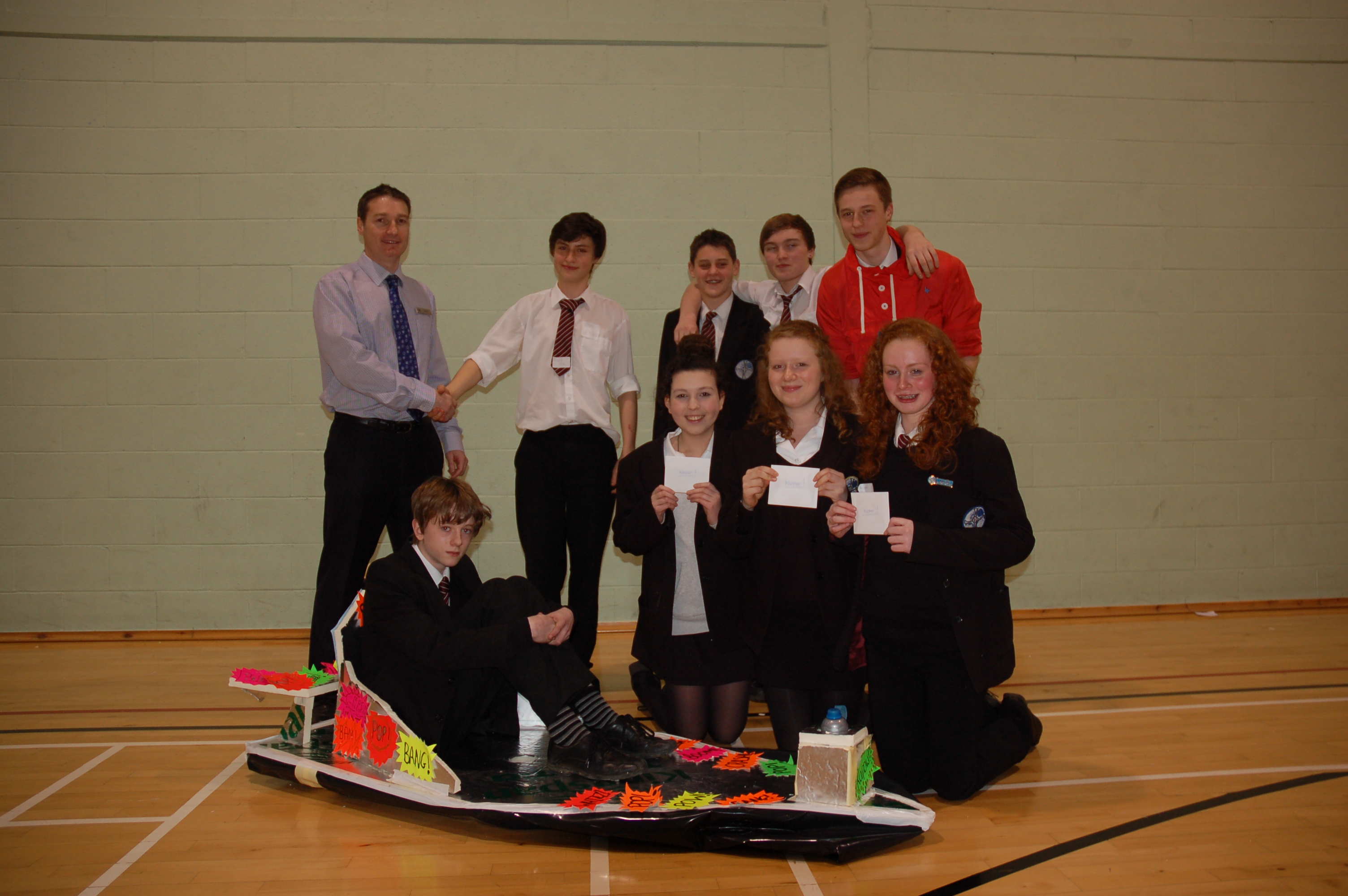 School pupils had lots of fun and excitement when they visited QE and built their own hovercrafts. Teams from Darlington schools designed and built the working vehicles, each capable of carrying a pilot.  They then raced them to see whether their designs converted into good performance.

The day-long challenge at QE, held under the Foundation for Jobs banner, was aimed at boosting interest in engineering and understanding of the practical applications of science, technology, engineering and maths (STEM) subjects. It is hoped such events will encourage young people to consider careers in engineering or related disciplines, where there are expected to be thousands of job opportunities in the North-East over the next decade.

Steve Hunnisett, Vice Principal at QE, worked alongside a specialist team from Bradford University’s School of Engineering, Design and Technology to develop and run the event.  Steve also recruited QE students, who already have offers of University places to study Engineering, to act as mentors for the teams of pupils. He said:

“It was great to see these young people having fun applying their maths and science to an exciting project.  The task they completed on the day also gave them a really good experience of working together as a team to solve a ‘real life’ problem, using their imagination and inventiveness. ”

“We were impressed by the way the students engaged with the hovercraft project.  They all worked well in their respective teams, listened to instructions and the proof was really in the pudding during the “Great Race” when every single hovercraft functioned extremely well.  We witnessed some of the fastest hovercraft we’ve seen since running this project in over ten years.”

The Foundation for Jobs is a partnership between the Northern Echo, Darlington Borough Council, education providers and the Darlington Partnership of public and private sector firms and organisations in the borough. It is a national award winning project that aims to tackle youth unemployment. Further information on Foundation for Jobs can be found at http://www.thenorthernecho.co.uk/news/campaigns/foundationforjobs