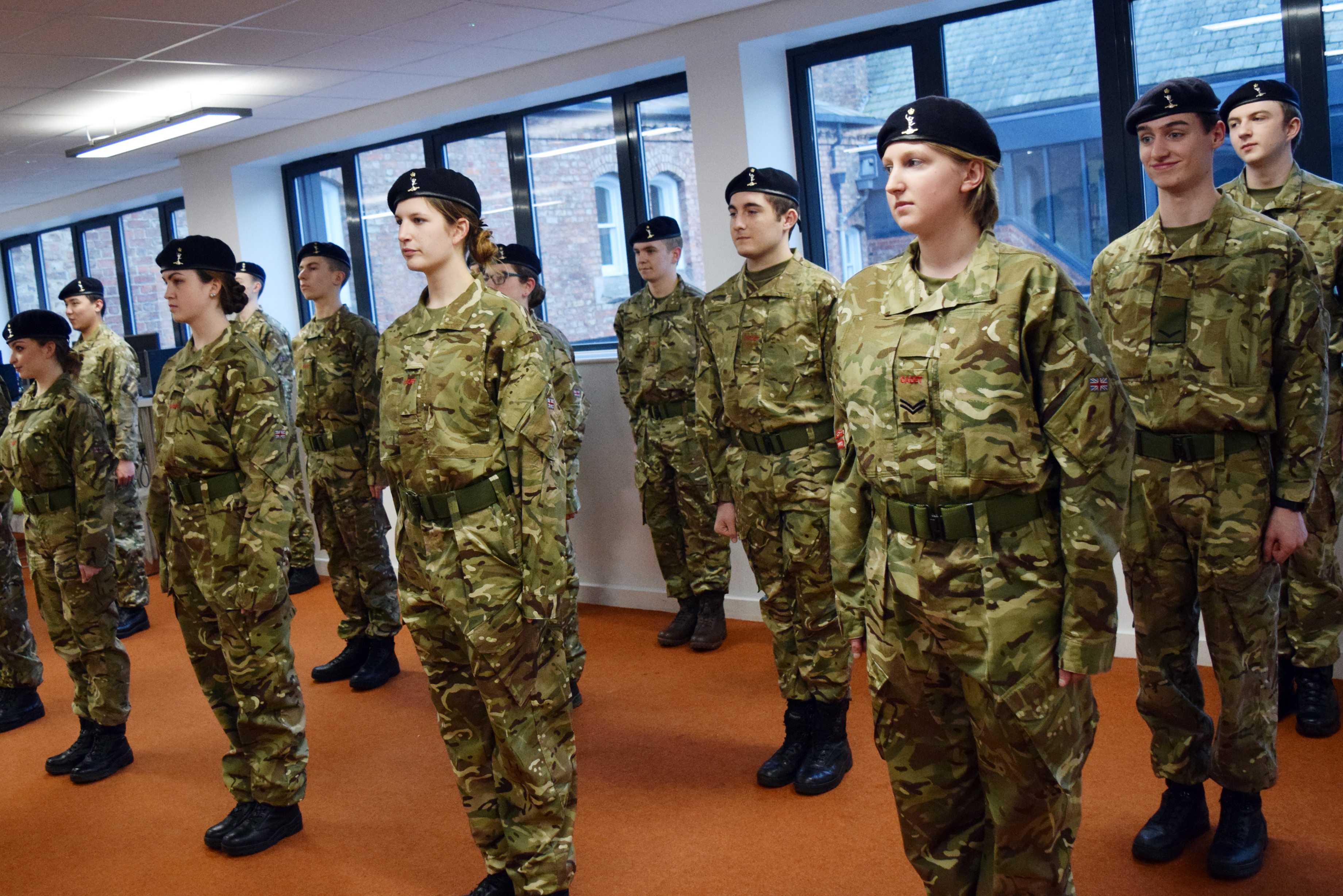 Cadets at QE have had their achievements celebrated at a special ceremony. The event was attended by QE’s Principal, Tim Fisher, Staff Sergeant Kat Forster and Captain Steve Regan, Contingent Commander and the College’s Combined Cadet Force organiser. Also in attendance was Sergeant Martin Hehir, a member of the 4th Infantry Brigade Cadet Training Team (CTT) who provides support to all cadet units in the North East of England.

During the ceremony, several students received their First Aid and Half Star certificates, whilst others were surprised to discover that they have been promoted due to their hard work, attendance and overall dedication to the force. Lillie Bell, Jessica Dixon and Matthew Dumigan traded in their rank slides and became Lance Corporals, while Luke Watson and Jack Overfield were promoted to Corporal Loose level. Finally, Poppy Roberts learnt that she would now be known as Sergeant Roberts, having achieved the highest rise in rank.

Tim Fisher, commented on the huge surge in popularity of the College’s CCF over the past couple of years, comparing the size of this year’s group to that of previous years. He explained: ‘Our CCF started with only a handful of cadets, but has continued to grow and thrive. The skills our cadets learn will be carried with them for the rest of their lives, and I thoroughly hope they continue to enjoy the experience’.

Captain Steve Regan added: ‘Everywhere I have gone, people have commented on how good this unit is and how our cadets are a credit to the College and to the badges they wear. As a former cadet myself, I am really proud of everybody’.