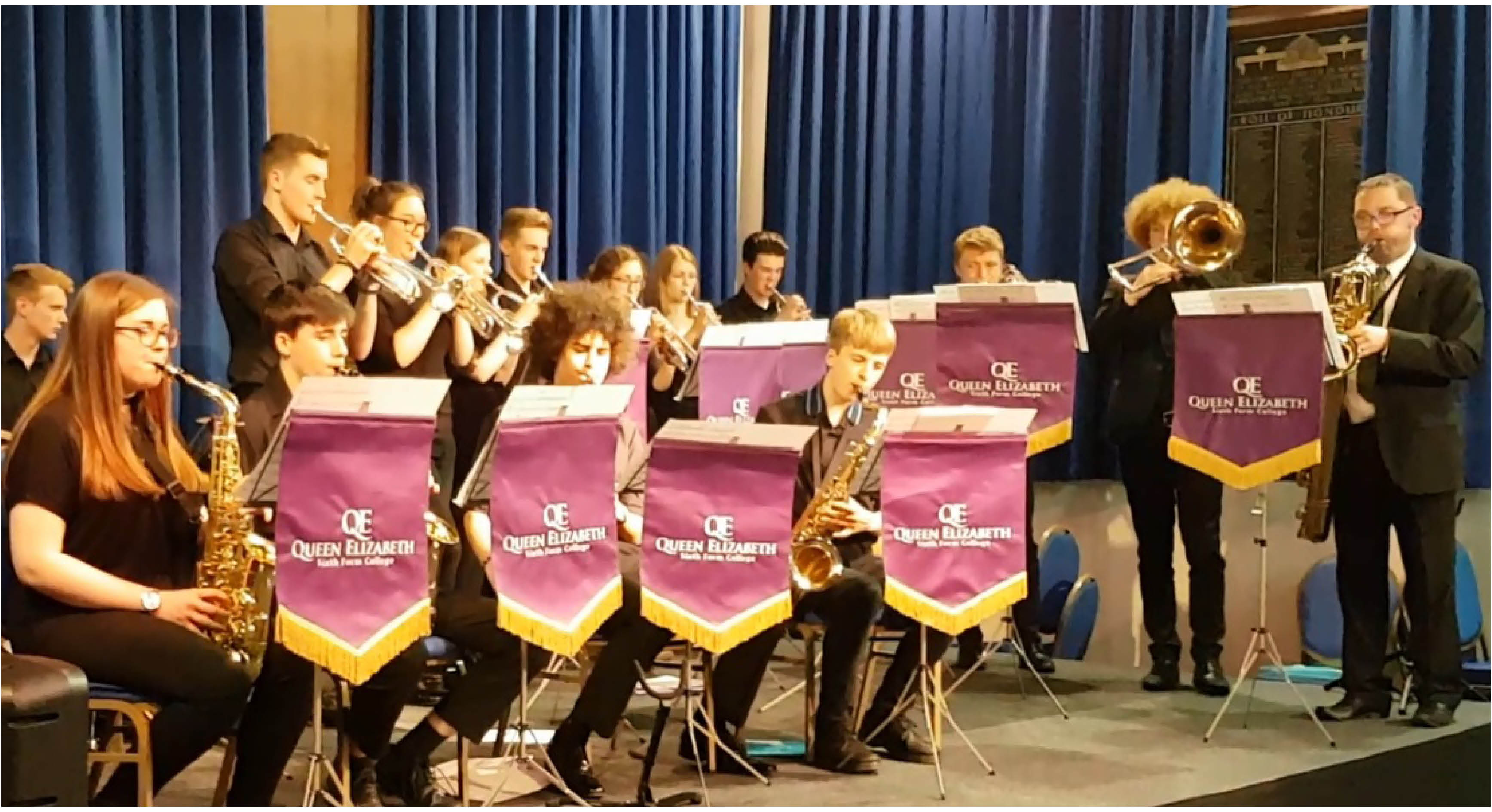 Music students from QE showed their amazing talents by participating in the inaugural Leschinski Memorial Concert. The concert was performed to a sell-out audience, and was dedicated to the memory of Mrs Olga Leschinski, a piano teacher from Berlin, who was a refugee from Communist Russia and was later murdered by the Nazis. The varied programme included performances from the five college ensembles, including the Classical Choir, Orchestra, Rock Choir, Baroque Ensemble and Big Band, directed by Music teachers Simon Fleming and Steve McGarvie.

Prizes were also awarded to Simon Chorley (Best Musician), Naomi Hastings (Biggest Contribution to the Music Department) and Flea Pybus (Most Improved Musician). The students received a standing ovation from the audience at the conclusion of the concert following words of congratulations from the College Principal, Tim Fisher. Steve McGarvie commented: “The concert was of a very high standard, and this year’s students have proven to be one of the best groups of musicians we have ever had at the college”. Student, Peter Kirkman, said “It was a thrilling evening, and the best way to end my time at QE”. The Music department is now planning future concerts, including the Baroque Ensemble’s concert “Bach to the Future” at St Cuthbert’s Church in November, and a Spring tour to Barcelona.