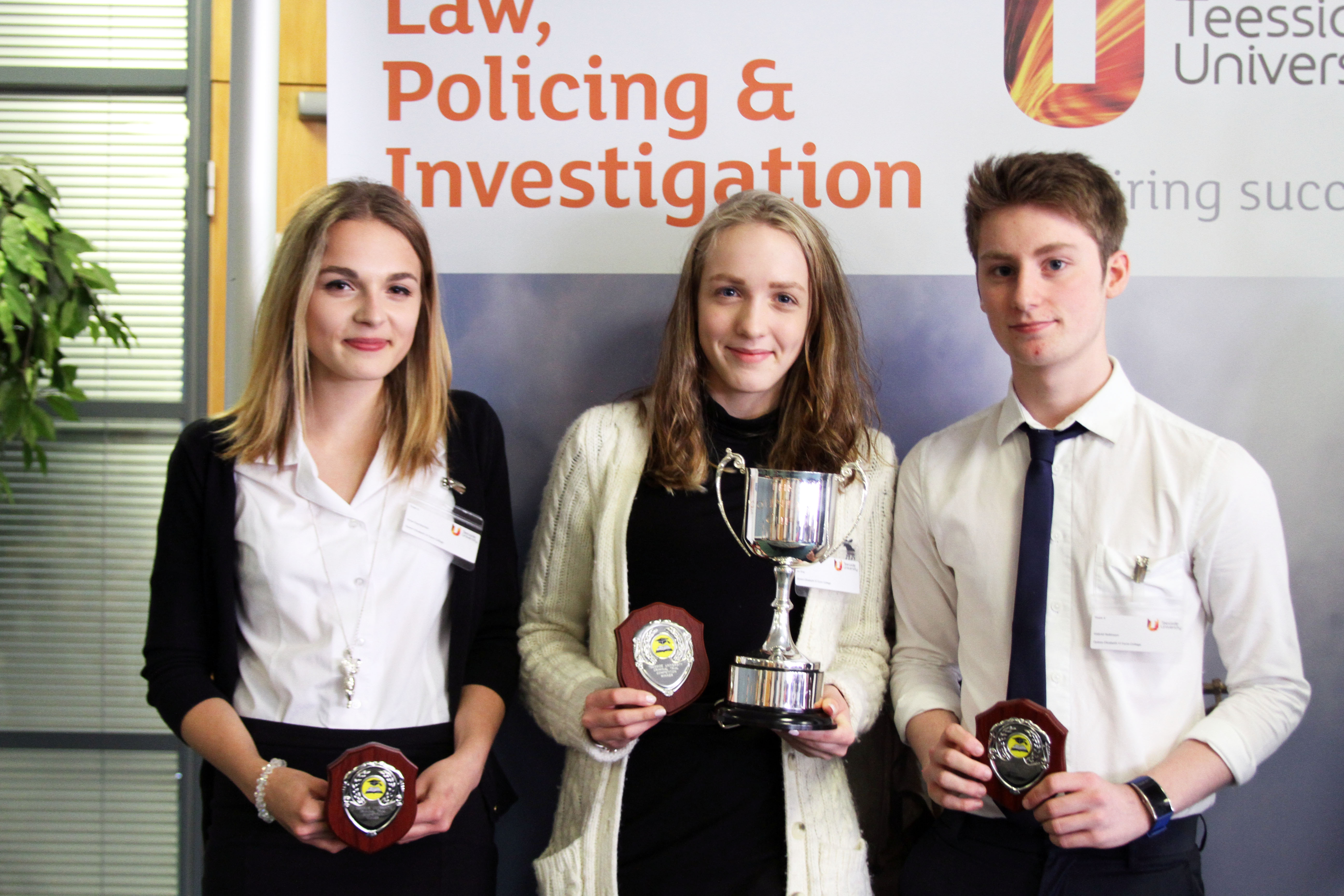 In their mock trial they were drawn as the Prosecution against Stockton Sixth Form College, having to question two witnesses and convince a judge and jury of the defendant’s guilt of Actual Bodily Harm. Jasmine conducted the examination -in -chief and received a special mention by the judges for her performance. Gabriel did the cross examination whilst Anna delivered the Prosecution’s closing speech.

‘We entered a strong team and they performed brilliantly.  It was particularly impressive because the students only had a couple of days to prepare due to their examination commitments. On the day of the competition we worked on the train going to Middlesbrough and made the most of the morning workshop on court technique, hosted by a lecturer from the Law School.

I am very proud of the students achievements. They were well prepared, appropriately dressed, confident, legally articulate and excellent representatives of the College.’

Jasmine, Gabriel and Anna were each awarded an individual trophy and the College received a trophy from the University of Teesside and also the Fountains Trophy, donated by Fountains Chamber whose Barristers acted as judges in the competition. The College trophies are kept for the year when QE will be invited to defend the title.