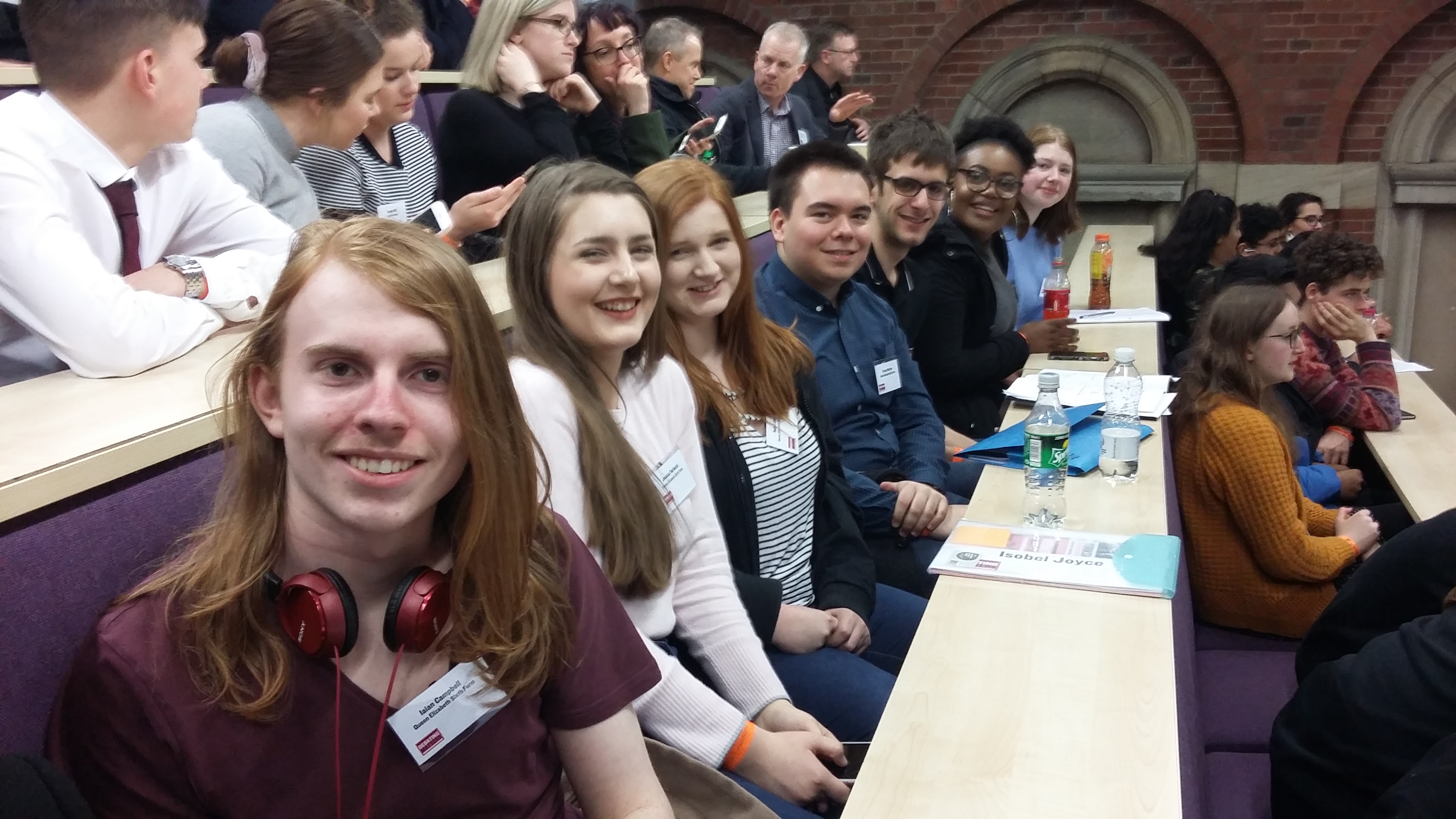 A team of eight students from QE recently travelled to Leeds Beckett University to participate in the Yorkshire Championship Debating Matters Competition organised by the Academy of Ideas. The students, who are all part of the College’s debating society, spent several weeks preparing and researching a variety of contemporary topics including the removal of historical monuments, privacy on the Internet and the threat to democracy posed by populism. In the opening rounds, Kieron Warren and Sam Mackenzie argued against the statement ‘Monuments to controversial historical figures should remain’, citing the current situation in the USA where statues of Confederate Generals have been pulled down by younger generations who do not agree with the views they possessed. It was then the turn of Amy Jones and Tariro Harumbame, who debated in favour of ‘In the digital age we should not expect our online activities to remain private’, tackling the topical issue of the Cambridge Analytica scandal involving Facebook. Unfortunately, neither pairing reached the semi-finals, however in the audience participation rounds, the College’s team, also comprising of Amy Hewison, Liz Johnson, Iain Campbell and Jess Fairhurst, did exceptionally well and showered the other competitors with tough questions and well-researched counterarguments.

Commenting on the event, Amy Jones explains: ‘The competition is a great platform for people to share their ideas and opinions’, whilst Tariro Harumbame adds: ‘Debating contemporary topics provides you with an opportunity to learn about the issues which are affecting society today’. Tony Dabb, Course Leader for Government and Politics at QESFC who accompanied the students to the competition, concludes: ‘I am so impressed with all of the students. The articulacy and teamwork displayed by them was wonderful to see and they argued their viewpoints logically and with confidence. They should be very proud of themselves’.