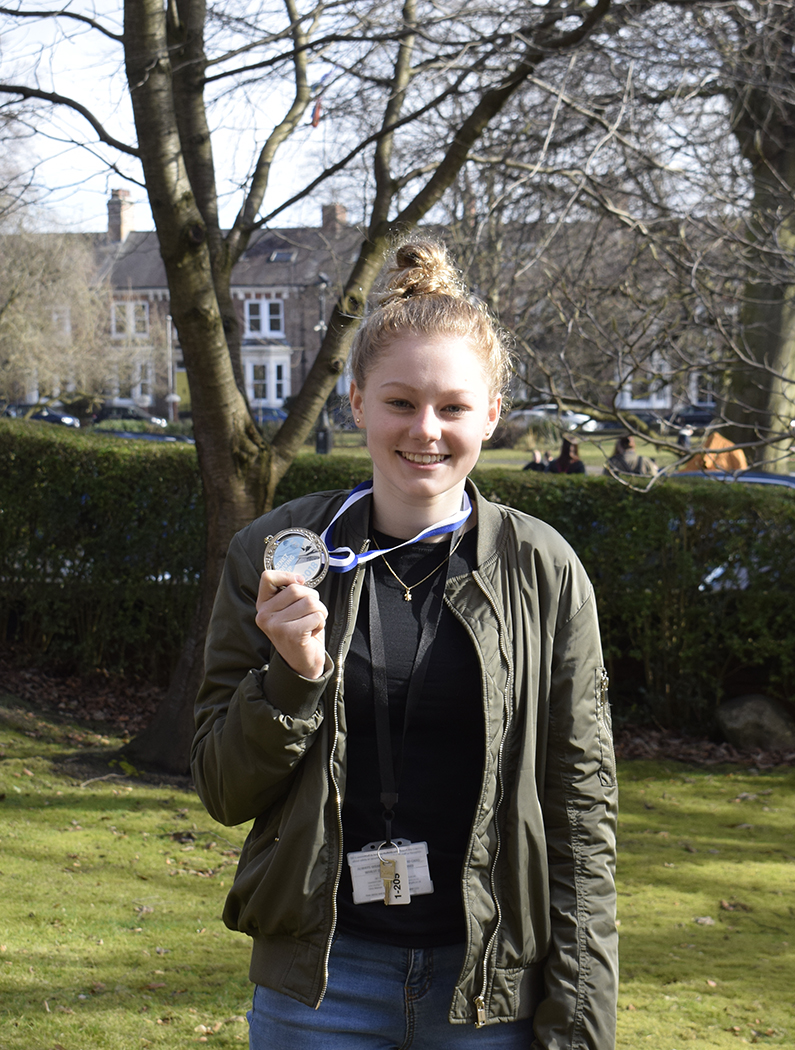 QE student, Emily Bearpark, is celebrating after having won a silver medal in the Girls’ Synchronised Diving 3m Springboard event at the Senet Diving Cup in Eindhoven, the Netherlands, in February. Representing City of Leeds Diving Club, Emily, along with her diving partner Amy Read, competed against teams from several other European countries to finish second in a thrilling bout, finishing only 14 points behind the winners from Switzerland. She also travelled to Plymouth to participate in the British Diving Championships where she took part in the 1m, 3m and synchronised categories, advancing to the final round in both the 3m and synchronised competitions.

Emily began diving at the age of seven and has been a member of City of Leeds Diving Club for seven years, training 16 hours a week in addition to studying for her A Levels. Now competing in springboard 1m and 3m diving, she is currently preparing for the British Elite Junior Diving Championships in April which she describes as one of the biggest diving events of the year.

Reflecting upon her recent success and looking ahead to the future, Emily comments: ‘It is a cliché but if you want to be successful at something, you must work hard. My role models are the high performance team at the City of Leeds Diving Club because they train relentlessly without complaining and this has definitely contributed to their success. My aim is to compete at the Commonwealth Games and I will absolutely be watching this year and cheering on the British team’.

Tim Fisher, Principal, adds: ‘We were delighted to hear about Emily’s silver medal win in Eindhoven, her hard work and determination is definitely started to pay dividends. We wish Emily every success for her diving career and we will no doubt be seeing her in future international competitions’