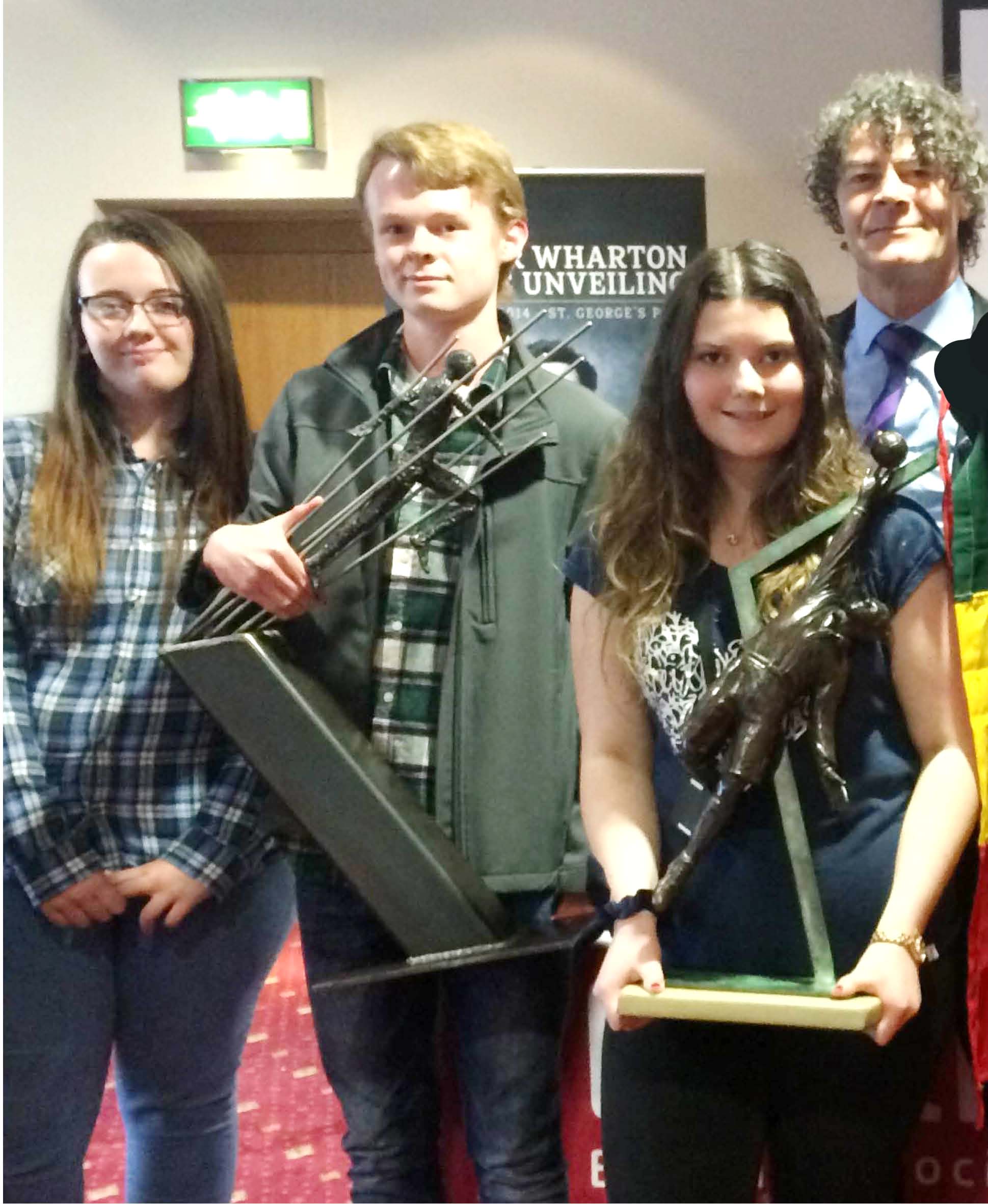 A group of second year students from QE gained an insight into Darlington businesses, their products and services at Darlington Expo 2016.

Held at the Northern Echo Arena, the event aimed to encourage innovation and business growth in and around Darlington. Over 50 companies were represented ranging from Star Radio to graphic design and financial services companies.   QE students were invited by the Chief Executive of Darlington Building Society, Colin Fyfe, who is keen to engage with education to introduce students to the world of work and to the range of organisations and their services in Darlington.

The students listened to presentations from Google, European Business Coach of the Year, Ian Kinnery, and a fascinating talk from Shaun Campbell who‘s set up a foundation to honour Arthur Wharton, the world’s first black professional footballer who played for Darlington Football Club.   They all also met and talked to representatives from the various organisations, including apprenticeship providers, and were encouraged to gain as much information as possible about the companies and the roles within them.

The students gained a lot from Expo 2016.

“It was a great opportunity to explore different career paths after QE.  There were some really inspirational talks that enlightened us about the history and development of Darlington.”

“I enjoyed meeting people who could help me with my future job prospects.  I gained a lot from the inspirational talks, not only learning about the mind-set you need to adopt to be successful in business, but also the messages to help us be effective students. ‘

James Dicken will be looking for an apprenticeship after QE. He added:

“I met lots of interesting people and found out about several types of apprenticeships that are of interest. It was a great day for networking and finding out about what is in our local area.’

“It was great to see how inspired the students were following the event .We took several budding entrepreneurs  to Expo 2016 and they now have some really relevant information about the world of work and how to develop their ideas.’