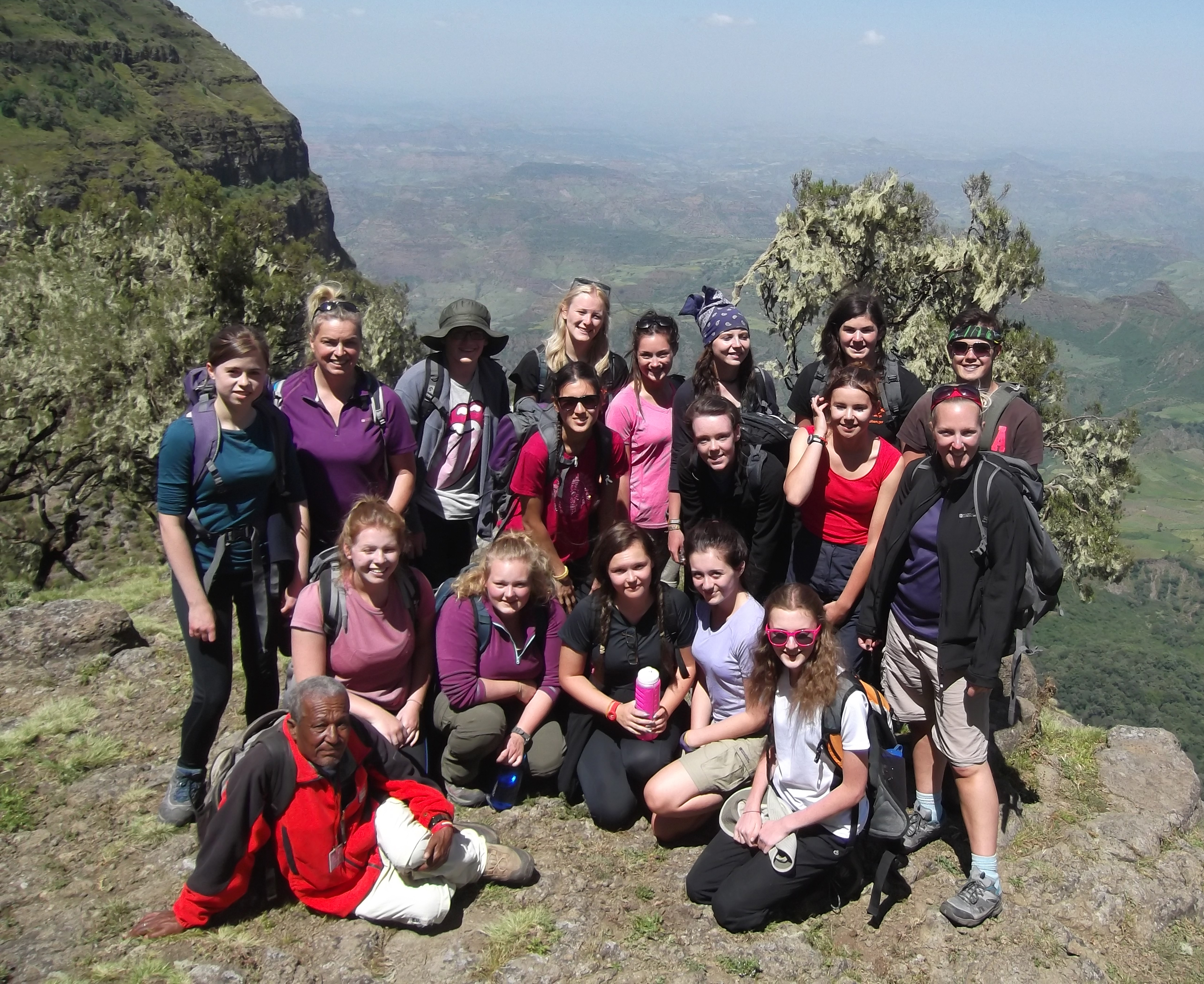 A group of 15 students from QE recently returned from a trip to Ethiopia where they were involved in voluntary work in the community.

This was no ordinary visit. The students fund raised to get there and helped to build a classroom in a primary school in Gondar. One of their key tasks was to put in the foundations and a concrete floor to allow a classroom to become functional. To help the students gain the necessary skills, a local builder was employed and although he was a non-English speaker, actions spoke louder than words! Other local people were also employed, ensuring any money spent went directly to benefit the local community.

In addition the students taught English to the children, organised sporting activities and distributed toys and educational materials that they had brought from England.

Beccy Stannard, one of the teachers who led the expedition, says:

‘The project was successfully completed with a classroom being handed over. The students learned so much. They saw for themselves local living conditions with little or no sanitation, and had to go without a wash themselves for some 9 days. They slept in tents, food was cooked over open fires and toilets were a hole in the ground.   The students recognized how lucky they were purely by where they had been born. They were an absolute credit to themselves, the College and Darlington.’