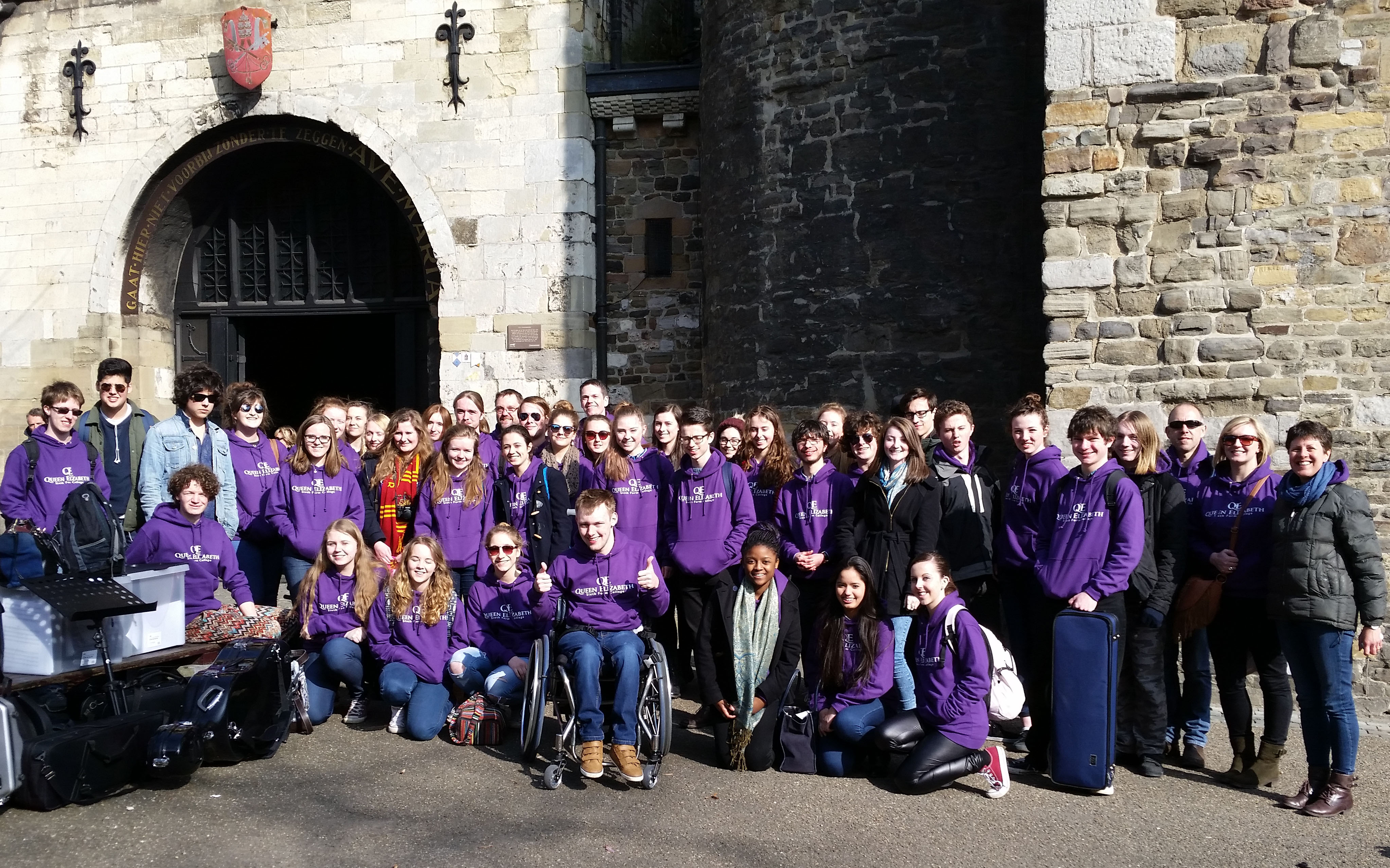 A group of 38 students from QE recently returned from a successful European music tour during which they staged three concerts in three different countries.

The students, all aged between 16 and 18, were based in the Dutch town of Valkenburg for the duration of their visit, with their first concert held in the Basilica of Our Lady in Maastricht. Their second concert was in Germany in the romantic setting of Stolberg Castle whilst the final concert was in the church of St Jacques in Liège, Belgium.  All three venues were very different, from the lovely rich acoustics of the Basilica to the warm sound of the Knight’s Hall in Stolberg Castle.

The repertory performed was diverse. The Baroque Ensemble played the A minor double violin concerto by Vivaldi; the soloists were Bethan Hacker and David Winlo. They also gave the premiere of a new edition of the ‘Solemn Dirge’ for Romeo and Juliet, by the Newcastle-composer, Charles Avison; the soloists were Becca Feary and Jo-Ann Lambert. The Classical Choir sang works by Roger Quilter, John Rutter and Thomas Tallis. The Rock Choir performed a selection of songs by Katie Perry, Madonna, David Guetta and Bryan Adams, while the Jazz Ensemble played a Lion King medley and versions of Louis Armstrong’s What a Wonderful World and Gershwin’s Foggy Day. In addition, the student band, ‘Retronym’ performed a number of pop songs.

The students came back tired from their journey home, but everyone enjoyed the experience of performing outside the UK. As student Will Kirton said:

‘It was a fantastic experience. Friends were made, music was enjoyed by those performing and listening and, given the opportunity, I would love to go again’.

So successful was this tour that music teachers Simon Fleming and Steve McGarvie are planning another in 2016 to the Czech city of Prague.

Image: Students outside the Basilica of Our Lady in Maastricht.