Ex-QE Student Shines in Priscilla Queen of the Desert 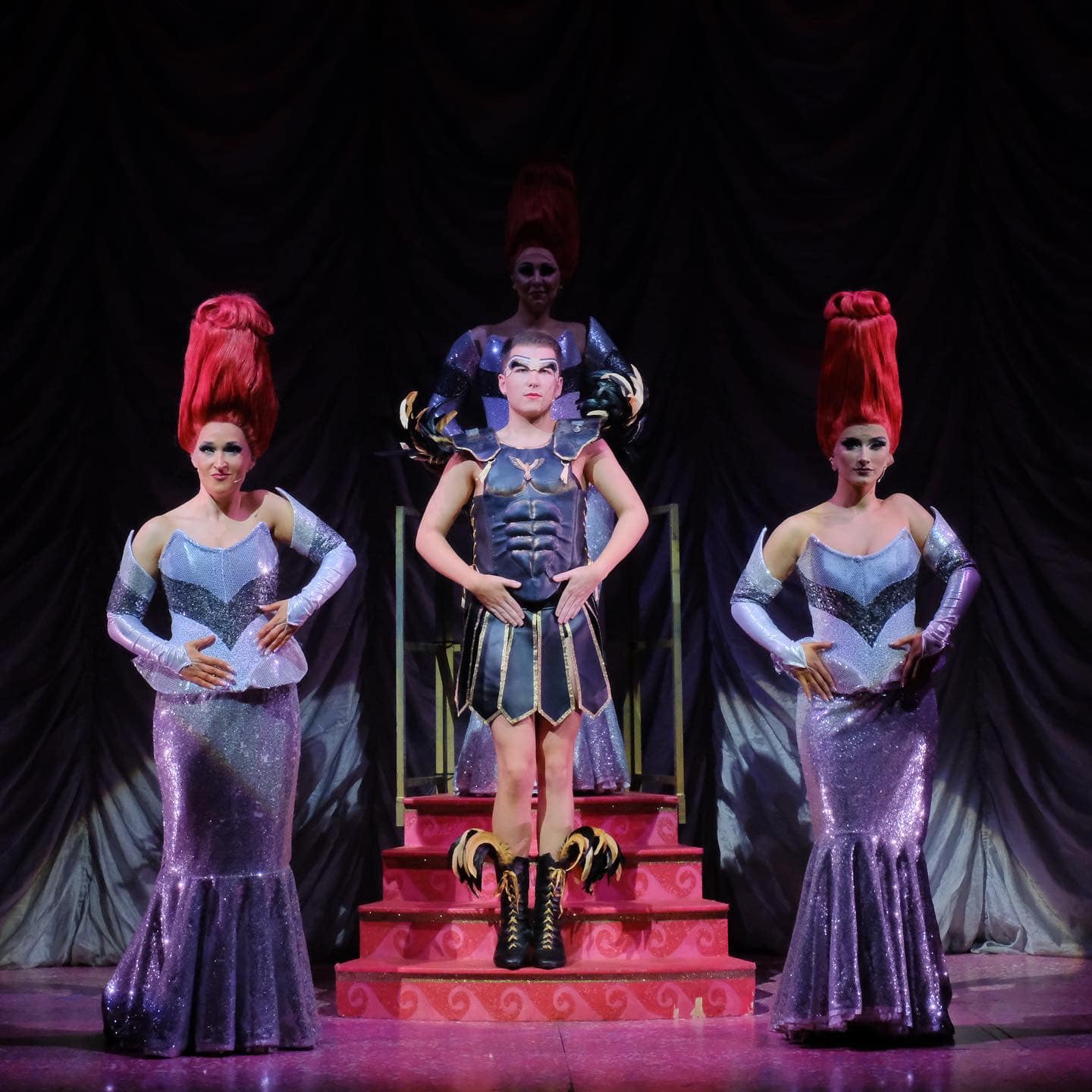 Staff and students at QE have had the fantastic opportunity to hear from former student, George Hurley, who has starred in Darlington Operatic Society’s production of Priscilla Queen of the Desert. The show, performed at Darlington Hippodrome, saw George portray Adam/Felicia, the carefree, youthful drag queen who causes much conflict because of his apathetic attitude. George previously featured in the Society’s versions of Legally Blonde and Strictly Musicals 3 before auditioning for Priscilla Queen of the Desert. He explains: ‘When Priscilla Queen of the Desert came along, a few of my friends suggested that I should try out for the role of Adam/Felicia. As one of the Society’s members with little experience on stage, the idea of even auditioning for a main part turned my stomach. The audition involved three songs, two dialogue scenes (accompanied by an Australian accent, of course) and a dance. Surprisingly, I got the role and was absolutely delighted’. Looking back on the experience, George adds: ‘I have loved playing the part of Adam/Felicia, mainly because I was able to have so much fun on stage. One of the standout moments was when I was driving home from work and I saw myself in full drag on a huge digital billboard between Darlington Hippodrome and CPI. I nearly crashed my car in shock! It has been an absolute pleasure to perform alongside professionals such as Ben Connor and Julian Cound, people I have watched in the Society’s shows for many years. I am very lucky to be part of a society with such amazingly talented performers’.

At QE, George studied A Level Biology, Chemistry, English Literature and Graphics. He left in 2017 and studied for a Masters degree in Chemistry with Medicinal Chemistry at Newcastle University before moving back to Darlington to work as a Downstream Scientist at CPI. Looking back on his time at QE, George says: ‘I absolutely loved my time at College. My friend, Eddie, recently reminded me that I would stick the Periodic Table to the wall of our dressing room and complete my Chemistry homework before getting ready to go on stage and perform in Legally Blonde. QE gave me the push I needed to challenge myself academically and the teachers were so supportive and genuinely interested in my future. Although studying A Levels wasn’t easy, I was lucky that QE created an environment in which I could work hard, have fun and secure the grades I needed for university’.

If you are a former student and have a story to share, we would love to hear from you. Please email qe@qeliz.ac.uk and a member of staff will be in touch.