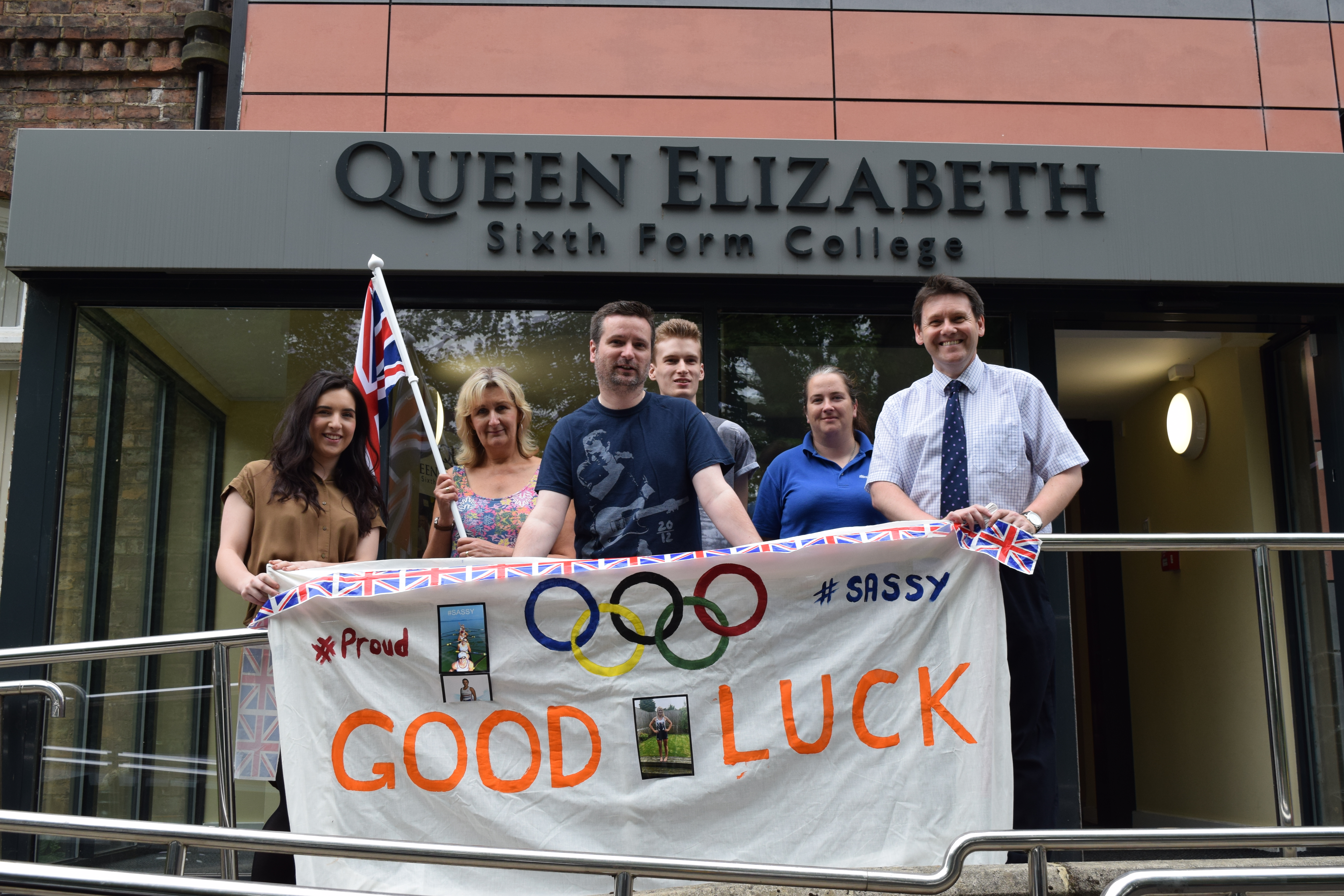 Members of staff at QE were thrilled to wish ex-QE student Zoe Lee the best of luck for her participation in the Rio Olympics.

Zoe, from Richmond in North Yorkshire, is competing in the women’s eights in rowing where she is the boat’s “stroke”. This is an extremely important position as it’s her job to set the stroke rate and rhythm for the rest of the crew to follow.

Whilst at QE, Zoe gained excellent A level results in Biology, Geography, Geology and P.E.  They were so impressive that she earned a place at Oxford University to study Geography. It was whilst at Oxford that Zoe began to row and, after considerable hard work and dedication, she has gained her place in the Olympic team.

Vice Principal, Laurence Job, comments “All of us at QE are so proud of Zoe for being a part of Team GB at the Olympics; it is a phenomenal achievement. We will be cheering her on and wish her and the rest of her crew every success.”

Zoe and the rest of her team won silver in the women’s eights rowing in Rio. Whilst in Rio, Zoe also learned that she has achieved her PhD!