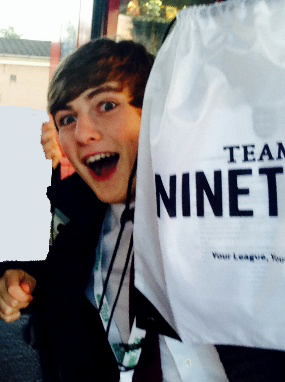 Connor Smith and Maddy Wood, students at QE, have been selected to be members of the English Colleges’ FA National Management Team which promotes participation in college football. Maddy and Connor are both passionate about football and are delighted to have won this national accolade. Their main focus is Team 19, a student-led initiative, which aims to increase levels of football amongst 16-19 year olds for leisure purposes.

“To be selected as part of the team was an absolute honour.  So far it has been an amazing opportunity that I have thoroughly enjoyed and is an opportunity I would encourage other football lovers to get involved with.”

Both Connor and Maddy have attended a number of meetings one of which was at St George’s Park, the England National Football Team’s Training HQ.

“Being able to walk around the same grounds as the England Football Team was amazing! Being selected for the Management Team and being recognised on a national scale is an unbelievable success for both Maddy and I. We look forward to what the year has to offer.’’