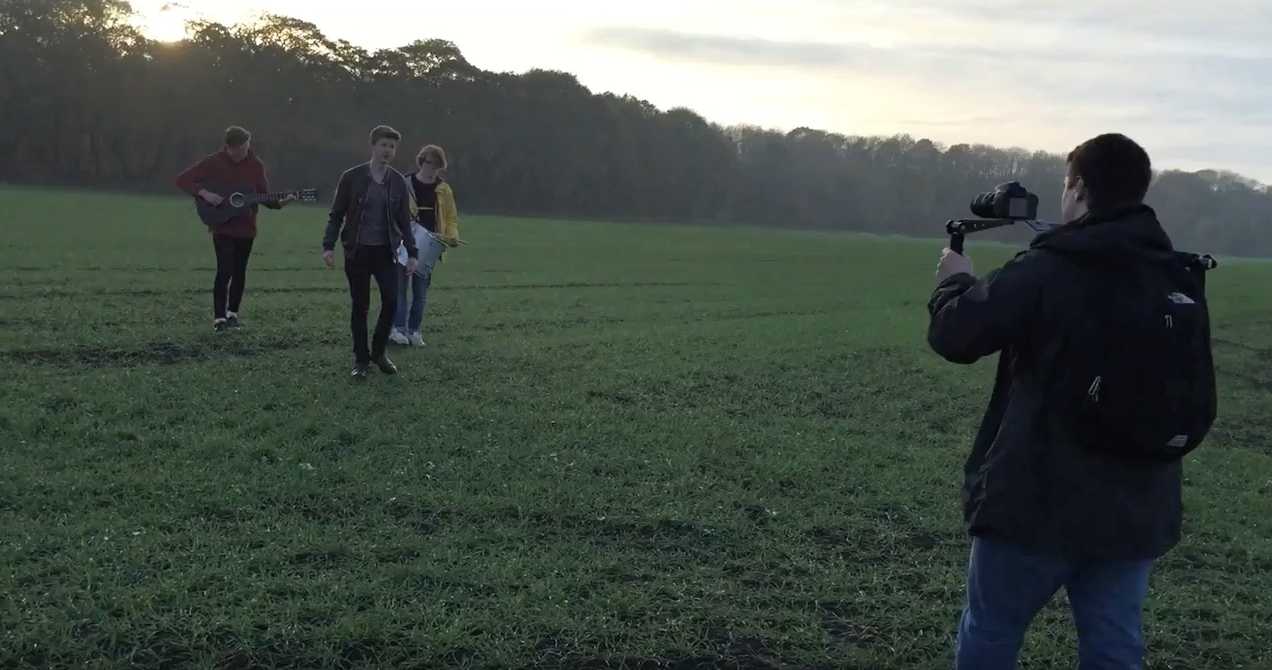 Four Media and Film Studies students from QE have been recognised as filmmakers of the future in a prestigious national competition. The four film enthusiasts Luke Hetherington, Richard Jones, Matthew Ingham and Jacob Crow have used their knowledge and skills developed over the course of their A Level study to set up their own film production company. Producing a series of independent short films, they used the Youtube platform to digitally distribute them. Being highly proactive students, the boys entered one of their pieces into the prestigious Media Magazine production awards and have been shortlisted as finalists. The QE students have been invited to London where their film will be screened and the winner of the short film category announced.

Jacob explains “ ‘Out of Depth’ was a short film we made and then submitted as part of our Film Studies coursework. It’s a crime drama film about a young man who tries to get into a gang, inspired by films like ‘Drive’ and ‘Locke’. We incorporated elements of the neo-noir genre, after learning various skills in Film and Media studies.”

Richard adds “It’s gratifying to see that the hard work we’ve put into filmmaking has paid off. The possibility of winning an award is one of the best things an aspiring film maker can receive. It brings us one step closer to the careers that we dream of attaining.”

Nicola Naisbett, Media Course Leader at QE, says “This is a fantastic opportunity for the four students and such an honour to be shortlisted. The boys are well deserving candidates for the awards and have impressed me greatly over the course of the last two years with their drive and ambition to succeed in the Film Industry. They have taken the skills developed in the classroom and developed them to an excellent standard. It is very satisfying to know that we are producing independent learners who are inspired by their A Level study, proving themselves to be highly employable and talented media producers. We are very proud of them.”