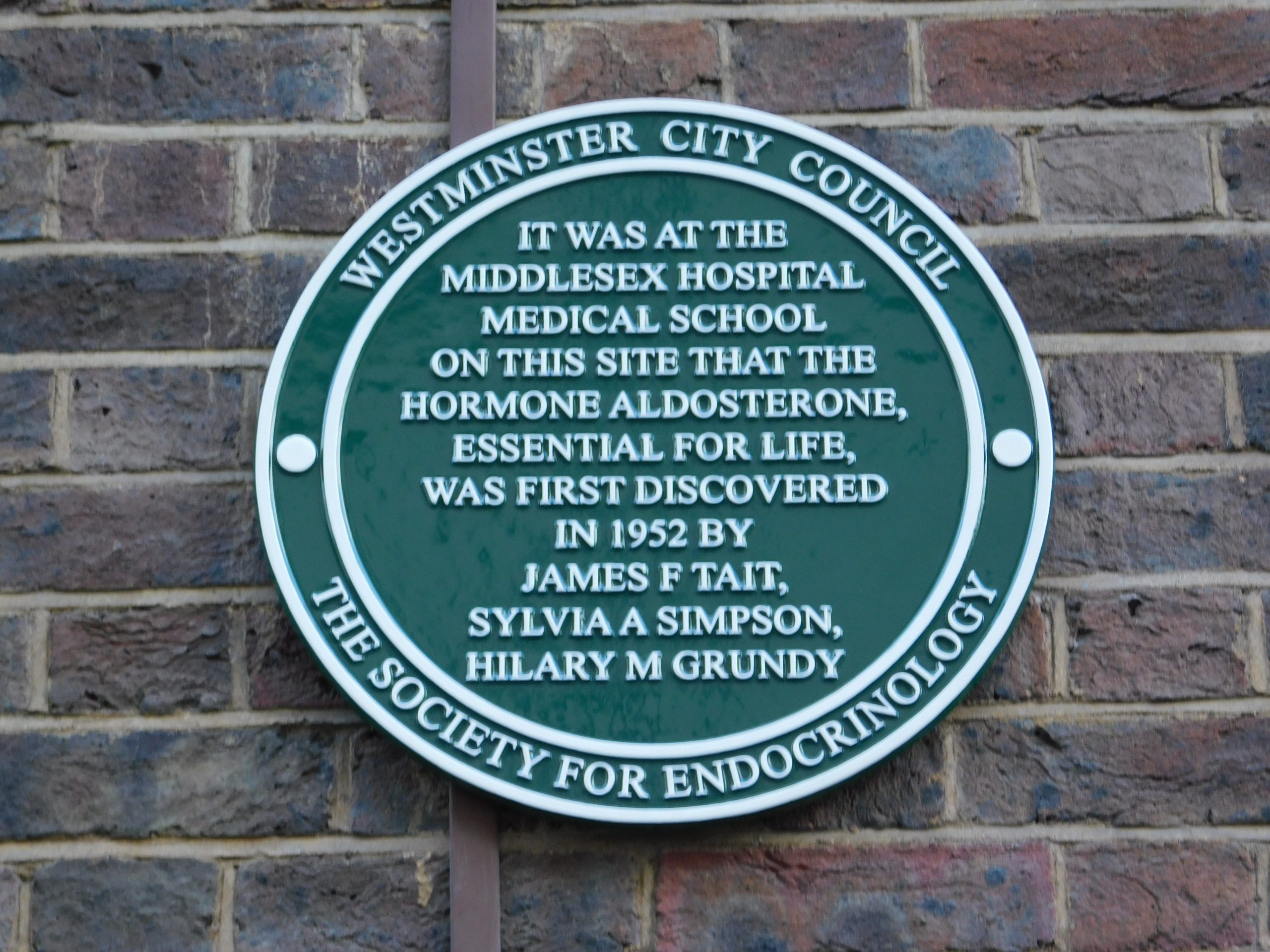 A former student of Queen Elizabeth Grammar School, now known as Queen Elizabeth Sixth Form College, has been honoured with a prestigious green plaque in London. James Tait, born in 1925 in Stockton-On-Tees, attended the Grammar School before moving on to study Maths and Physics at Leeds University and having a distinguished career in biophysics and endocrinology. Alongside his wife, Sylvia Simpson, James discovered the steroid hormone, aldosterone, which is essential for sodium conversation in the kidneys whilst working at the Middlesex Hospital Medical School. Following this discovery, James and Sylvia became only the second couple to be elected Fellows of the Royal Society after Queen Victoria and Prince Albert. They then moved to the Worcester Foundation for Experimental Biology in Massachusetts where they were pioneers in the development of oral contraceptives and hormone dynamics. In the latter stages of their careers, James and Sylvia returned to Middlesex Hospital Medical School as joint heads of the Biophysical Endocrine Unit in the Department of Physics as Applied to Medicine where they continued to research steroid secretion and adrenal cells, successfully applying them to cardiac cells.

Laurence Job, Deputy Principal at QE, comments: ‘We thoroughly enjoy learning about the rich, exciting history of the College and are delighted to hear that James has been awarded with a green plaque in Westminster. QE has been a successful stepping stone for thousands of students and many have gone on to make hugely positive contributions to the world in which we live’.