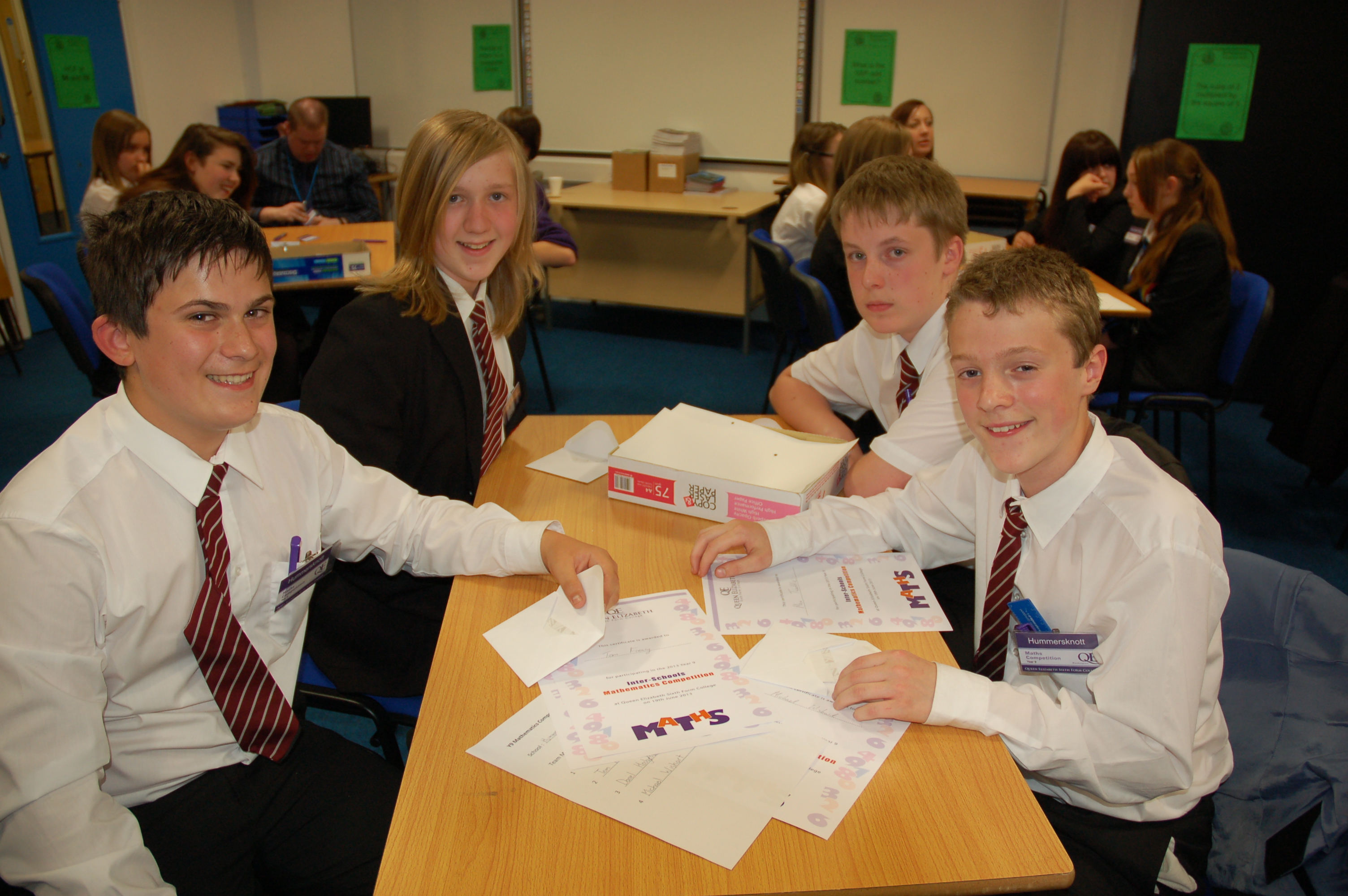 On Wednesday 19th June, QE’s Maths Department hosted a Mathematics Competition for Year 9 students from partner schools. This is the sixth year that the competition has been held and the College was delighted that ten partner schools each entered a team of four students.

The event comprised five rounds of mathematical challenges, each focusing on different skills including spatial awareness, problem-solving and number skills, all completed against the clock. A number of current AS Maths and Further Maths students – Lizzy Aumonier, William Thompson, Jake McAleer, Kieran Lobb and Luke Richmond- helped out with the competition.

“It was wonderful to see so many budding mathematicians enjoying the challenges they were set and working effectively together in teams to solve a range of maths problems. The scores after each round were close all the way through the competition and this added to the excitement. It was also an excellent opportunity for our students to work with those from our partner schools. One of the helpers, Kieran Lobb, took part in the competition three years ago when he was in Year 9 at Hummersknott and was on the winning team! We look forward to seeing many of the Year 9 students who took part this year, studying maths at QE in the future.”

The first prize was awarded to the team from Hummersknott Academy, with Woodham Academy in second place and Bedale High School a close third. All of the students who participated received a certificate to recognise their contribution and achievement.