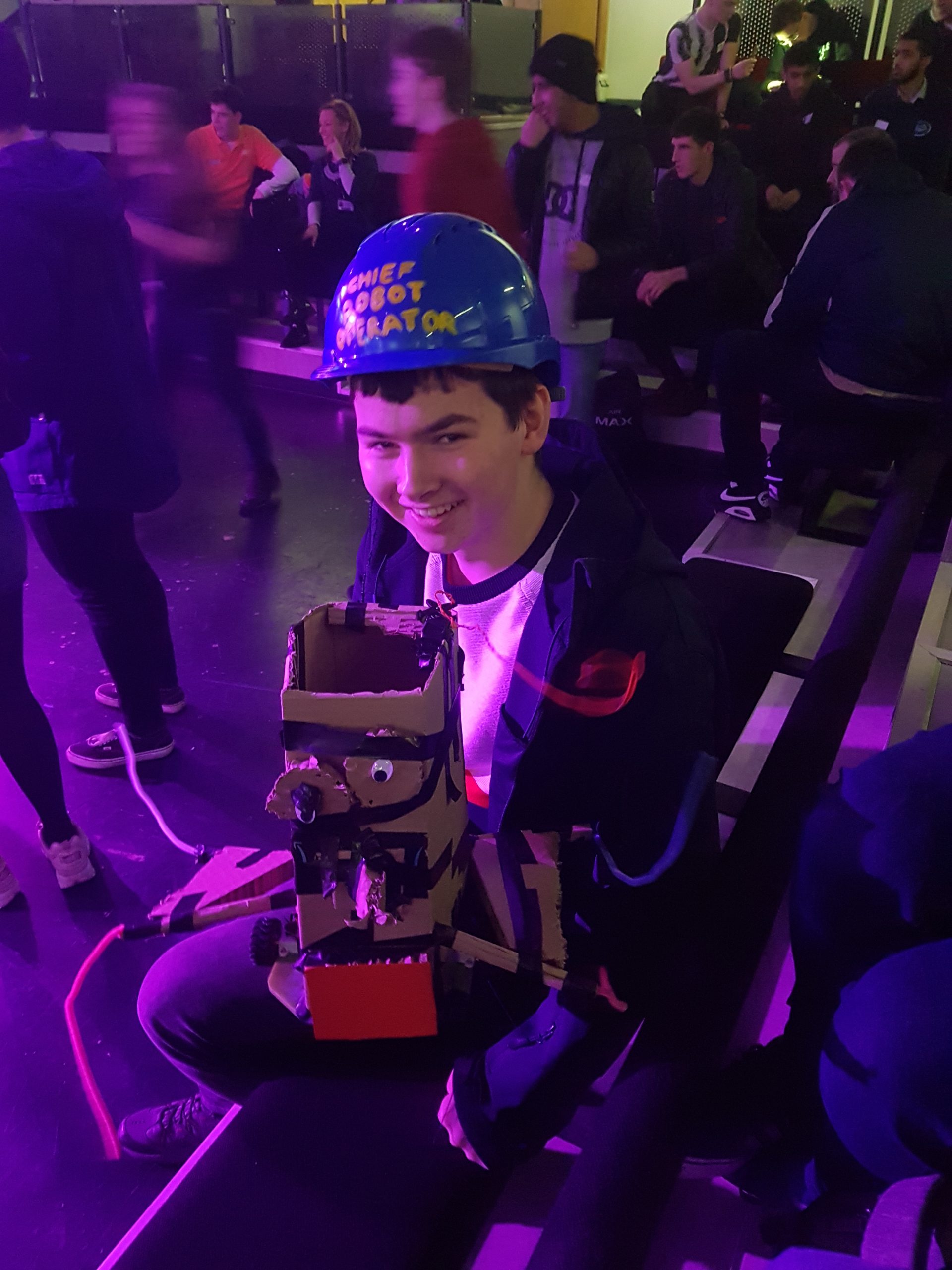 Three first year Future Engineers from QE have finished runners-up at the Junior Robot Fighting League held at the University of Leeds. The students spent two days working with undergraduates from the University’s Electrical and Electronics Society as they designed and manufactured their robot, who they named ‘Dave’, before competing against schools and sixth form colleges from across the country in a nail-biting finale. ‘Dave’ went on to defeat the majority of its opponents and was only just pipped to the post by ‘Mr. Varley’s Car’, the winning robot built by students from Titus Salt School in Shipley.

Cameron Pirie, who is studying A Level Computer Science, Maths and Physics at QE, and who operated the robot, comments: ‘Spending two days at the University of Leeds was a great way to see what university life is like and the topics you cover on an Engineering course. However, the best part was definitely finishing runners-up, the atmosphere was fantastic and we really enjoyed ourselves’. Edward Turner, who studies the same subjects in addition to A Level Further Maths, adds: ‘It was truly one of the best days I have had, we had so much fun making ‘Dave’ and it was great to be in the laboratories and use our practical skills’.

Liz Bryan, Future Engineers Scheme Co-ordinator at the College, concludes: ‘The programme at the University provided our students with a fantastic opportunity to see first-hand the range of engineering courses and facilities available. They were also able to obtain ‘hands-on’ experience with designing and building a robot as part of a team. The competition also highlighted the camaraderie that took place between teams, evidenced by the support they gave each other when they had been knocked out. It was a brilliant event and I am extremely proud of all of our students’.