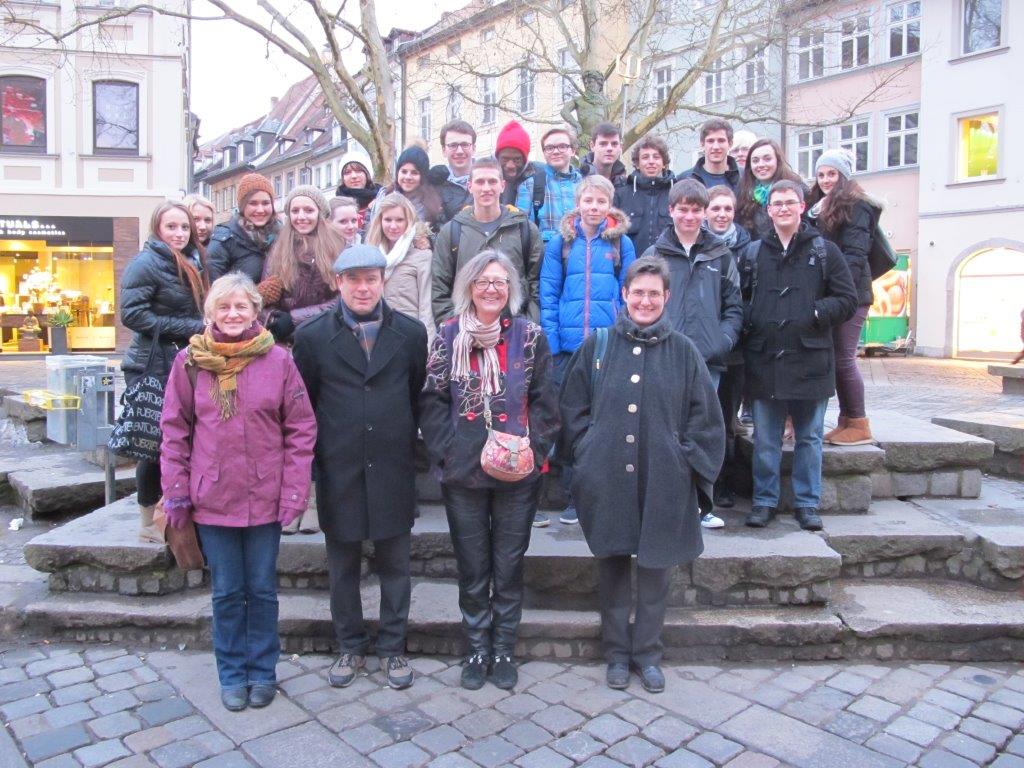 Nine students studying A Level German at QE have just returned from a week long exchange visit with students in Neustadt near Coburg, a small town in Franconia close to the border of Thuringia.

The first day was spent visiting Coburg, formerly the capital of the Duchy of Saxe-Coburg and Gotha that gave its name to the English royal family after the marriage of Prince Albert and Queen Victoria. Some students were most impressed by the fortress where Martin Luther spent half a year, others ranked Coburg Bratwurst more highly. All, however, enjoyed ice skating in the afternoon with their German hosts. The following day the QE students accompanied their partners to school at Arnold Gymnasium where the participated in a wide range of subjects.

The rest of the week was packed with activities that included a visit to the former East German border and to the medieval town of Bamberg. There was, of course, more school and all sorts of socialising amongst the English and German students, who got on famously.

Roswitha Wagenknecht, Head of German at QE, accompanied the students and was pleased with how the students developed their German language skills. She said:

‘All coped well with living in Germany for a week, all were impressed by the hospitality of the families and all had a great time – Facebook is busy . . .  We are hoping to continue the exchange next year.’