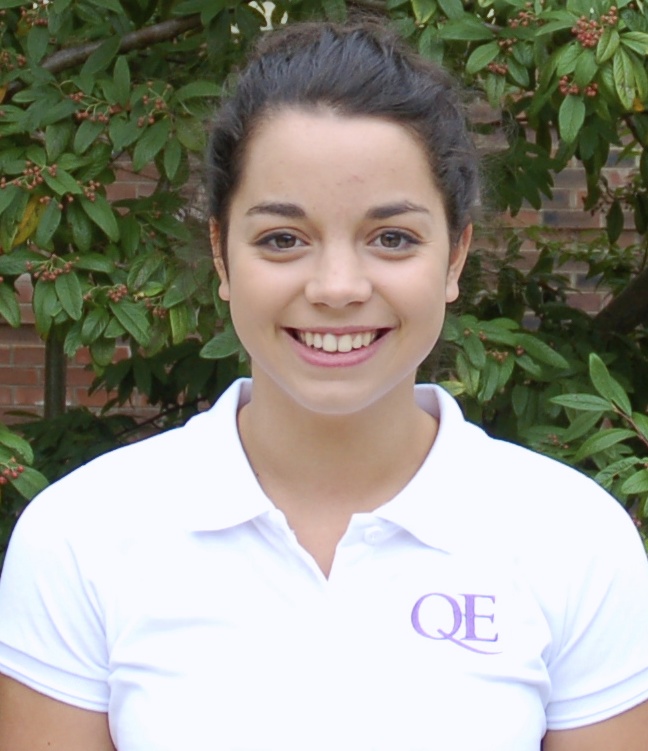 Former QE student Hannah Mattinson has been elected as Student Governor of the London Conservatoire for Dance and Drama – an incredible achievement.

Hannah won a place to study for a degree in Contemporary Dance at the very prestigious London School of Contemporary Dance following a rigorous audition process that started with over 4000 applicants.  It was a fantastic accomplishment to be selected to study at the Conservatoire, but Hannah has not stopped there and, as a first year student, applied for the Student Governor role. To Hannah’s amazement she was elected by her peers.

‘The role of Student Governor is for the entire Conservatoire which includes eight affiliate schools including the Rambert School of Ballet, the Royal Academy of Dramatic Art and the Bristol Old Vic Theatre School. To be elected as Student Governor of such a world-class institution is a great honour.’

The Conservatoire and its affiliate schools exist to train young artists who will match the world’s best and who, as professionals, will shape the future of dance, drama and circus arts.

’My work last year as Secretary of QE’s Student Sport Management Team saw me speak at national conferences and events, as well as leading the team in College. I saw the difference the student voice can make and this inspired me to take some of the work I did at QE to the Conservatoire. I have lots of great ideas already!’

Teacher, Mark Scott, concludes:
‘Everyone at QE is very proud of Hannah and she is an excellent role model for others. The College’s Student Sport Management Team develops leadership, organisational and interpersonal skills and there is no doubt that Hannah brought a lot to the Team and benefitted from being part of it. We wish her every success in the future.’

Check out the work of QE’s Student Sport Management Team on Twitter: @QEStudentsport