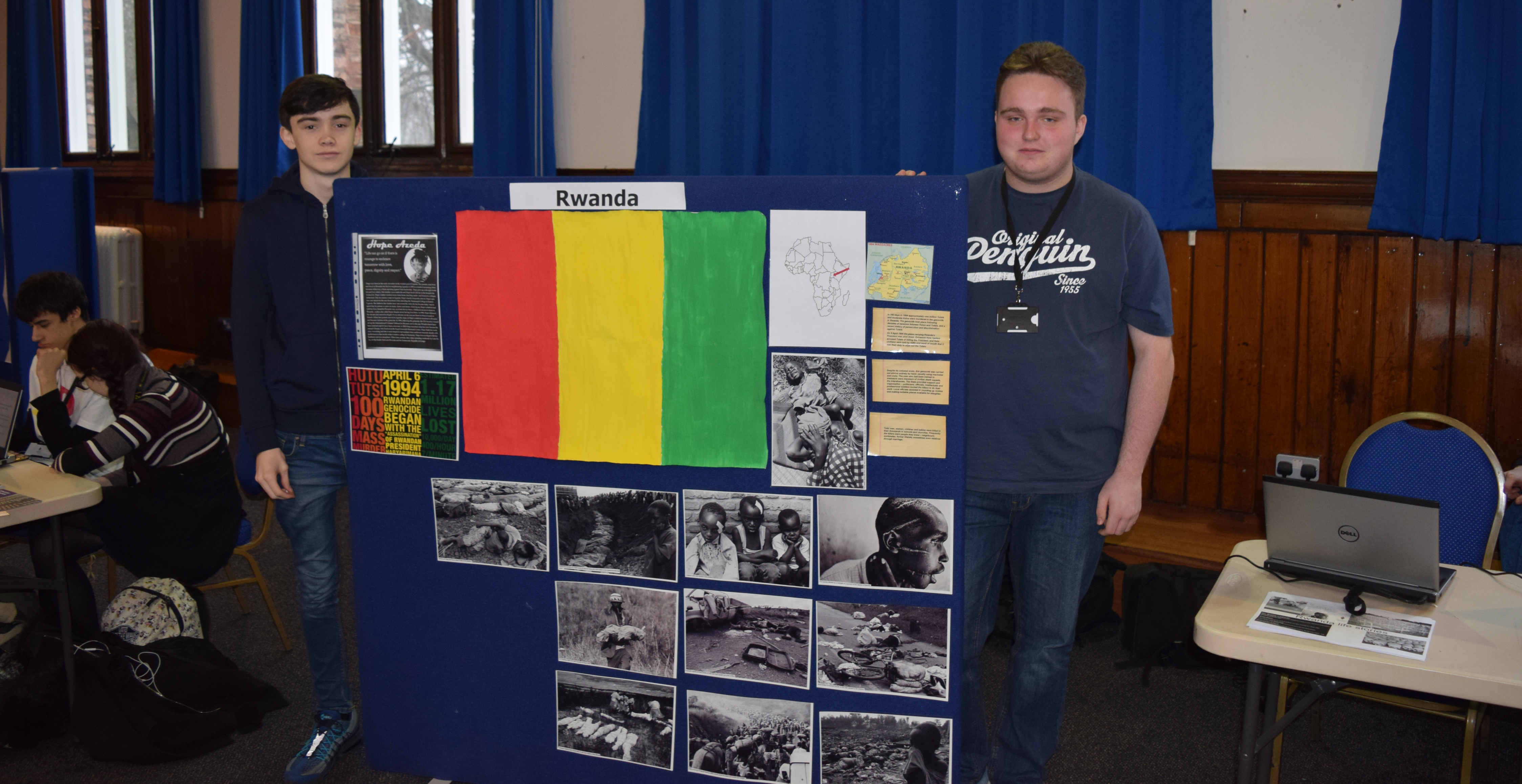 QE’s A Level Citizenship students organised an informative event in the Main Hall to commemorate Holocaust Memorial Day. They ran several stalls which provided leaflets and flyers on the Holocaust, but also the mass genocides which have taken place in countries such as Rwanda and Syria, in addition to hate crime in general. Jess Wainwright, who studies Citizenship and who collated students’ evaluation forms commented: ‘The students are really engaging with the materials offered. They’re taking the information leaflets and saying that they’ve learnt a lot on their evaluations’.

During lunchtime, the students also held a brief ceremony in which QE’s Sharifah Rahman, who has campaigned extensively against hate crime and who was named Young Citizen of the Year at the Best of Darlington Awards last year, spoke about the importance of remembering these atrocities which continue to affect millions of people today. QE students who visited Auschwitz as part of the Lessons from Auschwitz Project also gave their thoughts on the day and reflected on the emotions they felt when entering the camp in October. The ceremony concluded with a minute’s silence and the lighting of candles to honour the victims of the Holocaust. Student Owen Dickinson added: ‘The Holocaust is an event we need to learn about to ensure something so catastrophic doesn’t happen again’.

Head of A Level Citizenship, Joy Colthup, concluded: ‘Students have put a lot of effort into organising this event. Hopefully this will encourage them to try and look for ways in which we can have a more equal and fairer society’.