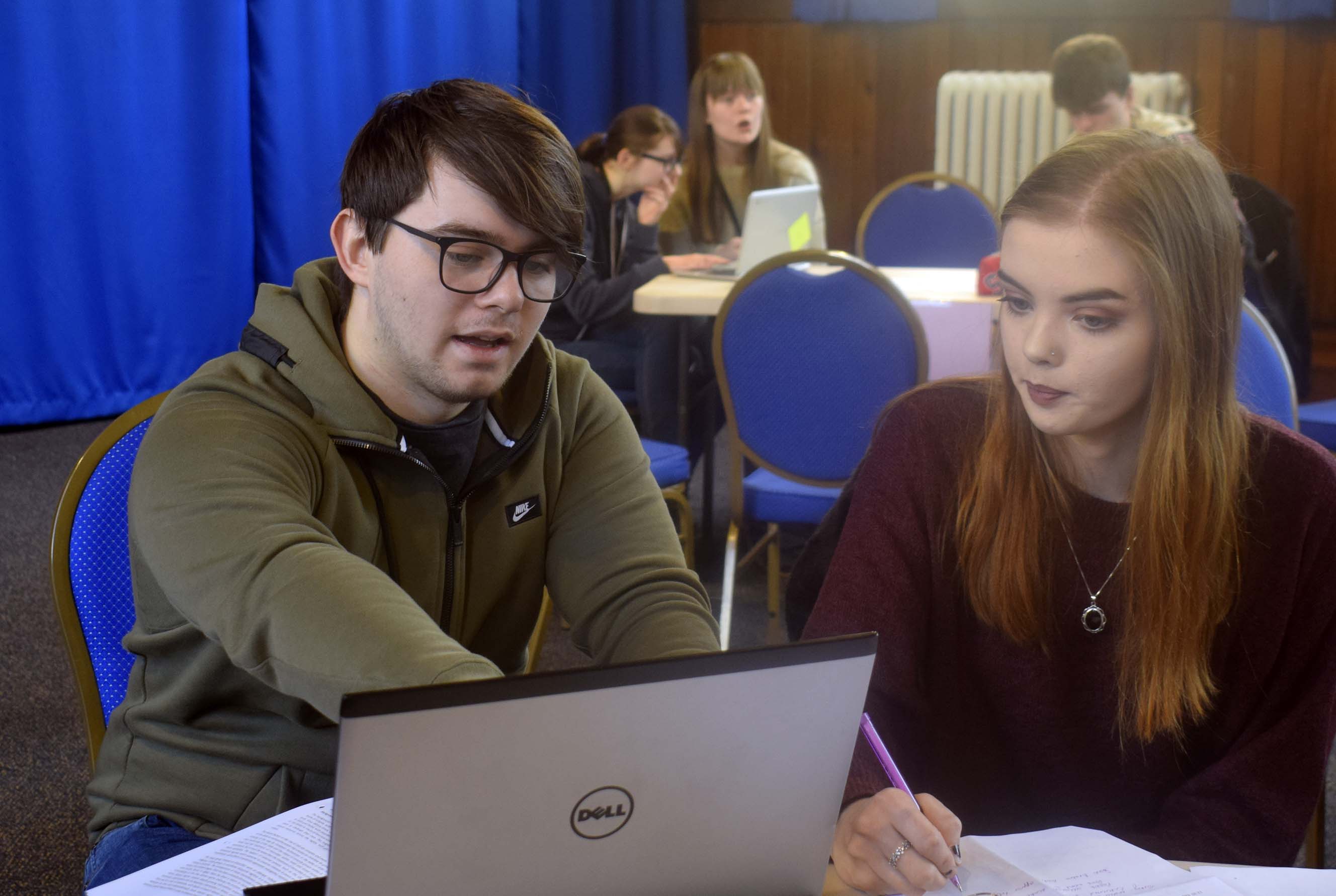 How would you seek to improve international relations in the Middle East? This was the task presented to A Level Politics students from QE, when they participated in a workshop delivered by Dr. Matthew Johnson from Lancaster University. To begin, the students were divided into groups representing key players in the politics of the region, including the Free Syrian Army faction, Iraq, Iran and permanent UN Security Council members. One team also represented the interests of ISIS allowing the others to negotiate how they should respond to the threat posed by this militant group. After conducting research into the primary interests and aims of the organisations they had been assigned to, the students then took part in a lobbying exercise where they attempted to build alliances and thwart the objectives of those groups who they perceived to be their biggest threats.

Reflecting upon the activity, student Amy Hewison comments: ‘The event was really interactive and I now know a lot more about Kurdistan than I did before’, whilst Olli Wynn adds: ‘We learnt how to cooperate with countries diplomatically and it was really interesting to learn about the complexity of relations in the Middle East’.

Dr. Johnson, who lectures in Politics at Lancaster University, explains: ‘Lancaster has a history of engagement with schools and colleges in the North East; however I’ve seldom come across such enthusiastic students and passionate teachers. The success of the day reflects the College’s investment in student experiences and making links with leading universities’.

Tony Dabb, Course Leader for A Level Politics at QE, concludes: ‘We are delighted to be working with Lancaster University again. We really appreciate this activity and the way it has been delivered by Dr. Johnson because it gives an insight into international relations which other schools and colleges don’t have access to’.