In Memory of Wayne 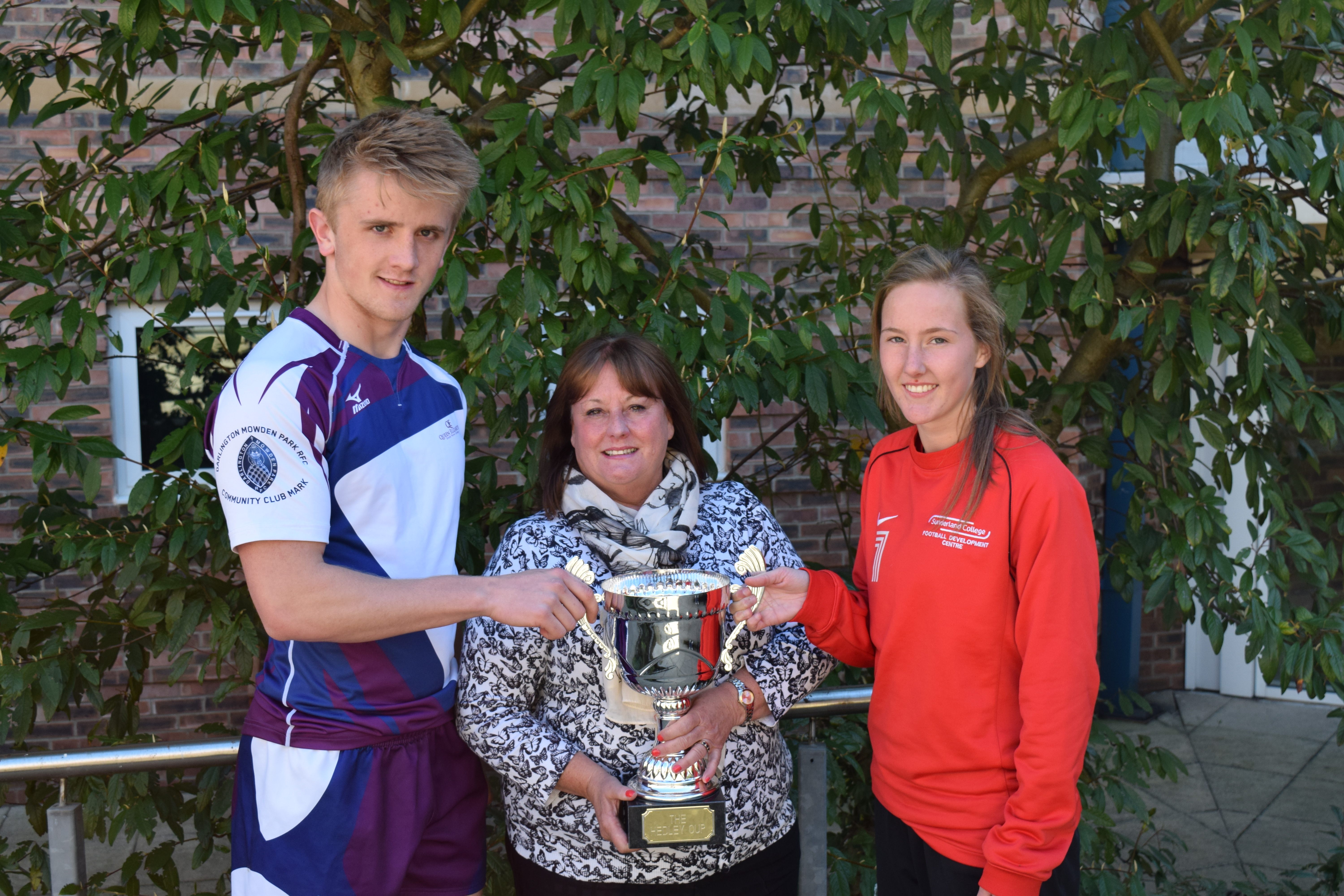 Students from two North East colleges came together to compete in the inaugural Hedley Cup in memory of their former sports teacher and coach, Wayne Hedley. Wayne died of cancer last year at the age of 34 and Queen Elizabeth Sixth Form College in Darlington and Sunderland College launched the sports competition to pay tribute to him as he had worked at both colleges.

The Hedley Cup will be an annual competition between the two colleges with students competing in a range of sports and the winning college keeping the trophy until the following year. Guests of honour at this year’s opening event were Wayne’s mum and stepdad, June and Bobby Workman, who watched almost 100 students take part.

“The Hedley Cup is a really fitting way for us to remember and honour Wayne and the sporting legacy he left at both colleges. The students, staff and Wayne’s family all enjoyed a great day of sport that was played in the right spirit.”

The students competed in netball, basketball, boys’ football, girls’ football and mixed tag rugby. The results were two wins each – wins for QE in netball and basketball and wins for Sunderland College in both football matches – and a draw in the rugby fixture. This means that each college will keep the trophy for six months before battling it out again next year.

“It was fantastic to see so many young people competing for their college and trying to win the Hedley Cup. Wayne loved to play, coach and watch sport and his ability to enthuse young people and get them playing was the inspiration for the event. I am really looking forward to an even bigger Hedley Cup in 2016.”