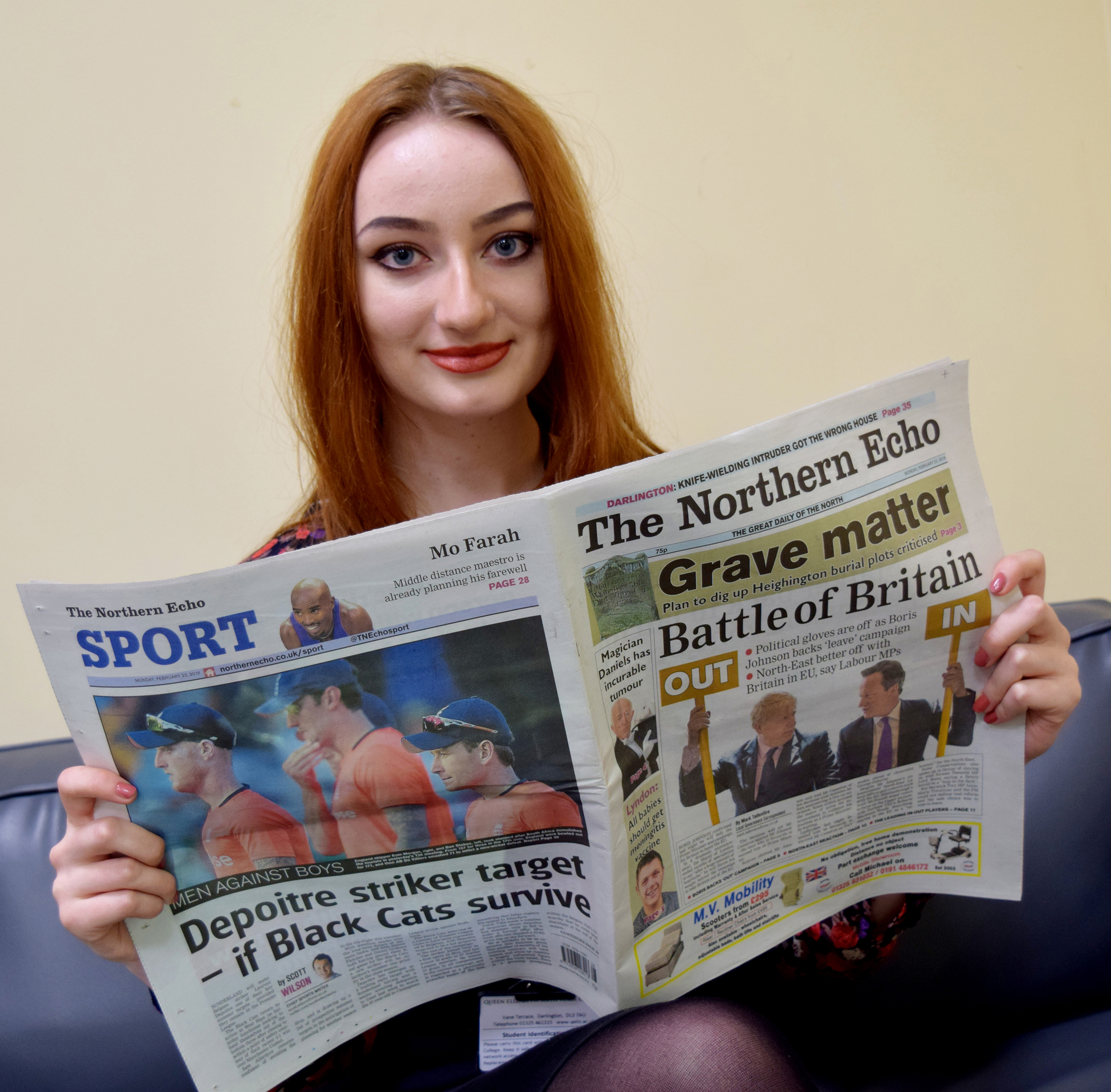 Peter Barron, Editor in Chief of the Northern Echo, recently visited QE to speak to Media Communication and Production students. The visit was linked to the students’ exam preparation and a micro case study based on the Northern Echo.

‘On his arrival, Peter gave an overview of the history of the Northern Echo including the birth of the newspaper on 1st January 1870. We learnt about the daily routine at the office, from the early morning journalists starting at 6:00am to the late night reporters leaving at around midnight. He explained the off diary and on diary stories, discussing in detail the general plan of action when a breaking news story is first reported.

Peter’s anecdotes about the Northern Echo were really engaging and emphasised the quick pace and urgency of journalism. The stories ranged from the fire at the Kings Head Hotel and writing reports in the office at 4:00am accompanied by firefighters, to the ethical decision making that is needed with issues such as naming a child in an article. These stories were fascinating.

Another particularly interesting and inspiring part of the talk was when Peter spoke about how he started working in the Media Industry.  The fact that he was given his first job as a reporter by accident (being mistaken for Jeremy Clarkson,) emphasised the nature of the industry and how hard work can pay off. He explained that working in the Media is highly demanding and very competitive and that to be successful you need to stand out – too many CVs are the same and so a portfolio of work or online evidence are very helpful.
Overall, the experience gave me and the other Media students a thorough and vivid insight into the busy lifestyle and careers of staff at the Northern Echo, as well as the Media Industry as a whole. Peter highlighted the range of exciting and interesting career opportunities available and, I for one, really had my eyes opened – he’s inspired me to look into becoming an editor myself!’