Home » Latest News » Inspiring the Next Generation of Engineers

Inspiring the Next Generation of Engineers 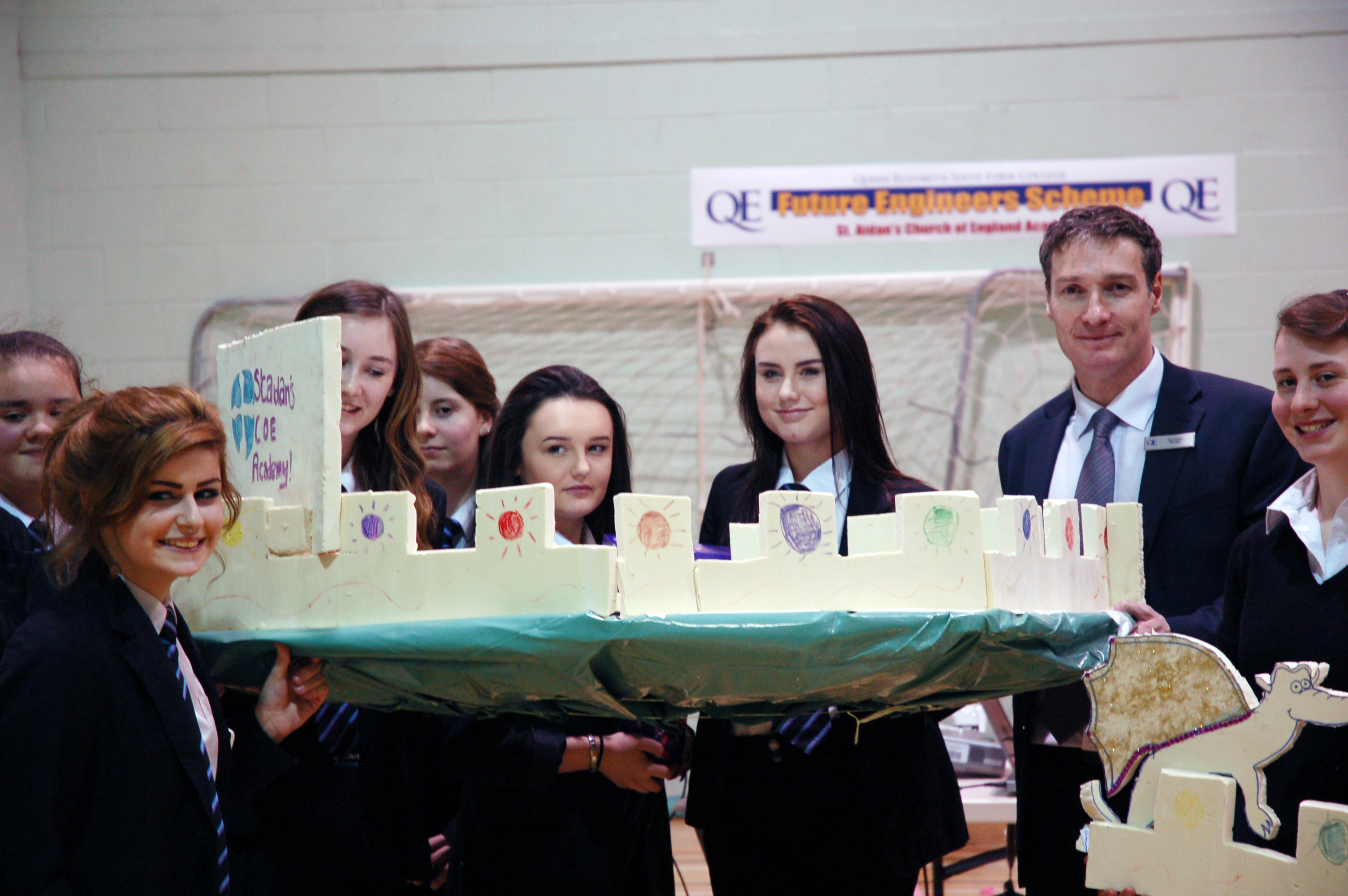 Scores of pupils were given an insight into the skills needed for an engineering career as they spent a day building working hovercraft.

Eleven teams from seven Darlington secondary schools attended the Foundation for Jobs backed event, which was hosted and organised by QE.

The event aimed to inspire young people’s interest in engineering careers by demonstrating how the subjects they study in class are used on a daily basis by professionals employed in the sector. It is the third time the event has been held.

Steve Hunnisett, vice-principal at the college, which is a partner organisation in Foundation for Jobs, worked alongside the specialist team from Bradford University’s School of Engineering, Design and Technology, to develop and run the event. He said:

‘It was a tremendous event again and allowed them to use their maths and science skills to design a functioning hovercraft, helping them to see that what they do in lessons has applications in the world of work. There are many rewarding jobs in science, technology and engineering but a number of firms in the North East are reporting difficulties in recruiting skilled graduate engineers so if we can contribute to the growth of the region’

Each school team, comprising eight pupils, had to build a working hovercraft that was capable of carrying a pilot and then race them.

The winning team, judged on both design and race performance was St Aidan’s Academy, in Darlington.