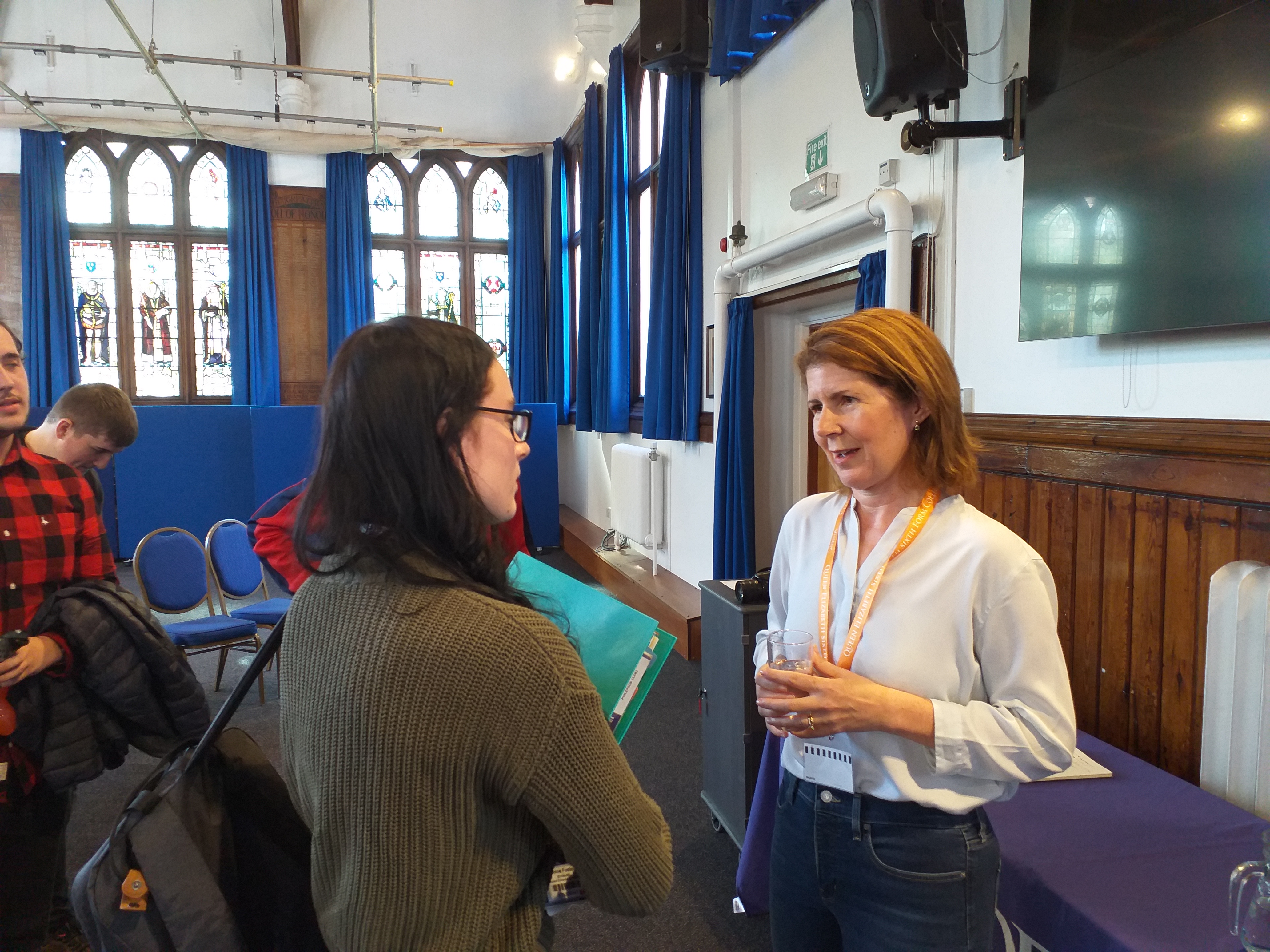 A Level Politics students from QE received an unexpected visit from Darlington MP and Shadow Minister for Exiting the European Union, Jenny Chapman, following the recent prorogation of Parliament. More than one hundred students filled the Main Hall to listen to Jenny before being able to ask her a wide variety of questions, ranging from Brexit to the Bloody Sunday inquiry. As Shadow Minster for Exiting the European Union, Jenny provided students with a detailed insight into the Labour Party’s stance on Brexit and the possibility of a new referendum, in addition to the Opposition’s reaction to the decision to suspend Parliament. Other topics covered included whether the voting age in the United Kingdom should be reduced to 16 years and the decision by young people to participate in climate strikes. Joshua Mitchell, first year student, comments: ‘It was great to see Jenny and I was really interested in the answers she gave about mental health as it showed the Labour Party’s commitment to tackling the issue’. Tony Dabb, Course Leader for A Level Politics at QE, comments: ‘We were not expecting to see Jenny so early in the academic year, but it was wonderful to hear her thoughts on a number of key areas. As always, there was a long queue of students at the end of the event, eager to ask Jenny as many questions as possible and take full advantage of her time. We now look forward to seeing her again when we visit Parliament in the spring’