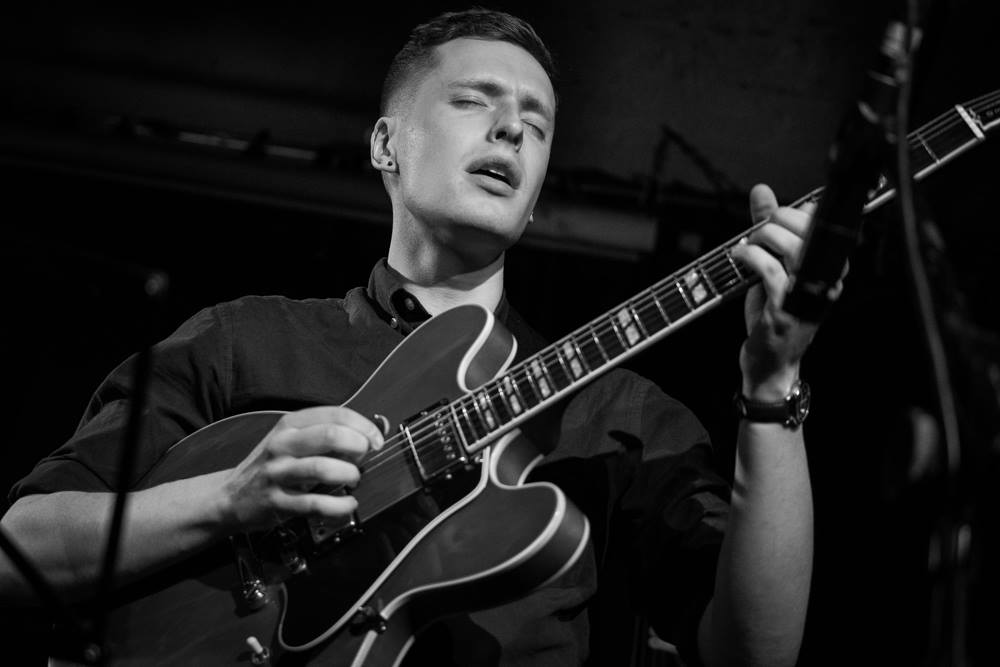 Former Queen Elizabeth QE student, Joe Williamson, has been crowned the winner of the Young Scottish Jazz Musician of the Year Competition. The prestigious contest, which is open to all jazz musicians under the age 25 residing in Scotland, saw Joe travel to Aberdeen for the semi-final where he performed in front of a panel of judges and live audience at the renowned Blue Lamp venue. The final took place on the opening night of the Glasgow Jazz Festival at Drygate Brewery with Joe once again showcasing his talent to a group of leading musicians and promoters before being declared the winner. His prize includes the opportunity to play at both the Glasgow and London Jazz Festivals in 2019, and he also performed live with his quartet on BBC Radio 3’s ‘Jazz Now’ show as part of the Edinburgh International Festival 2018.

Reflecting upon his time at QE, Joe comments: ‘My time at QE was extremely valuable. The College gave me the space to flourish and develop my interests, and there was a very positive learning environment which motivated me to be the best I could be’. Steve McGarvie, teacher of Music who worked with Joe during his time at QE, adds: ‘During his time at QE, Joe’s incredible natural ability was matched only by his hard work and dedication. The North East of England has a vibrant jazz scene which Joe became a part of before moving to Scotland and studying at the Royal Conservatoire of Scotland. It is wonderful to see him develop into a critically acclaimed guitarist on a national scale and we wish him every success in his musical career’.

You can listen to Joe’s performance on ‘Jazz Now’ by visiting: https://www.bbc.co.uk/programmes/b0bfy2c4