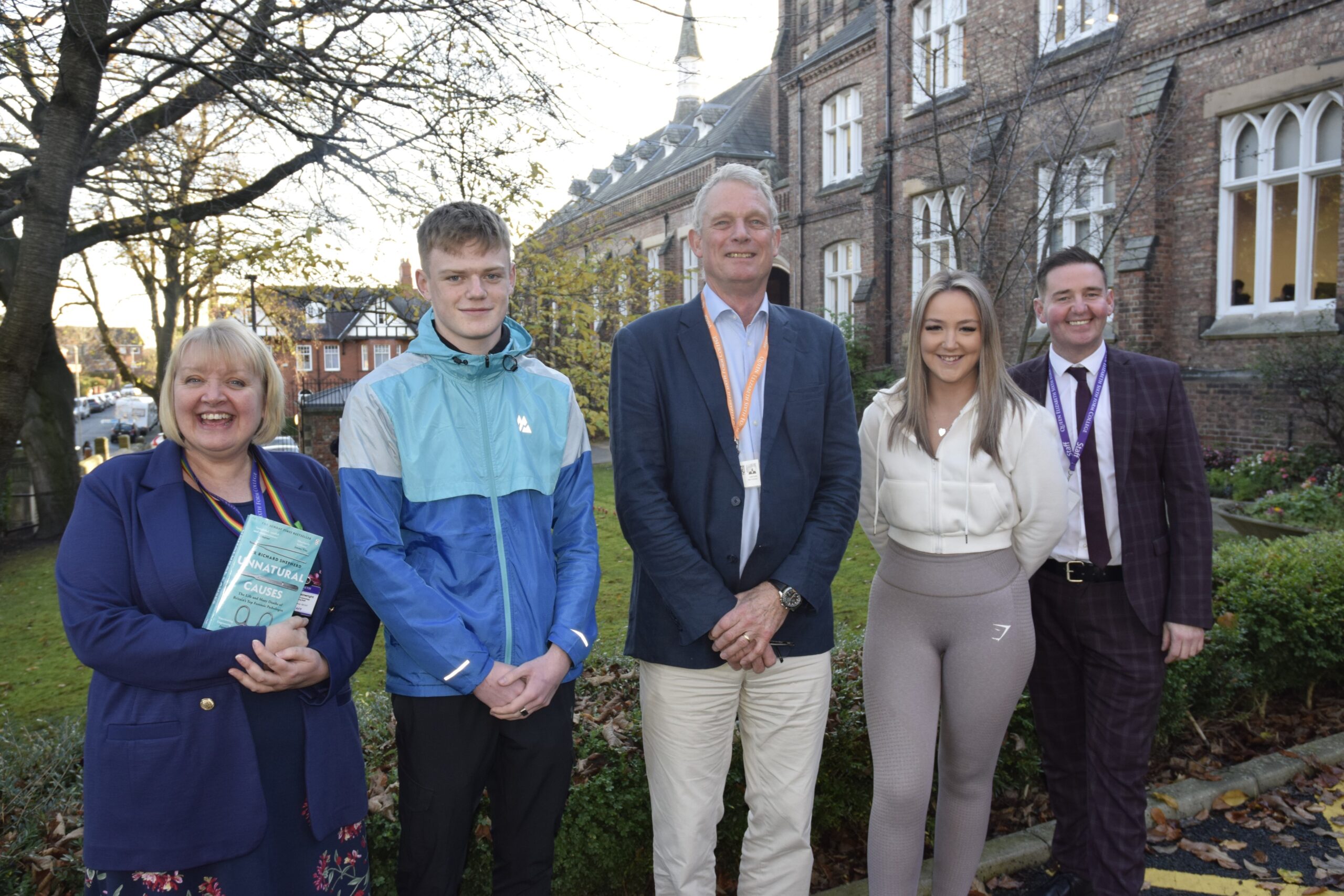 Students taking one of the most popular courses at QE were treated to a visit by world-renowned forensic pathologist Dr Richard Shepherd. Criminology students were given an insight into the complexities of examining suspicious and unnatural deaths by Dr Shepherd, a medical expert who has worked on some of the most high-profile cases of the last four decades, including the Princess Diana Inquiry, the Hungerford Massacre and 9/11. Having performed more than 23,000 autopsies throughout his career, Dr Shepherd shared the level of detail needed to not only identify a body, but discover exactly when, where and how a person comes by their death. Lucy Carter, a second year criminology student who is also studying English Literature and Psychology at QE, said: ‘I love Dr Shepherd’s work and I found his talk absolutely fascinating. I want to work as a forensic psychologist, and have already applied to do this at Leeds Trinity University, so this talk was really enlightening.’

Dr Shepherd spoke to the audience of around 70 students ahead of his appearance at Darlington Hippodrome on Wednesday evening as part of a 22-date autumn tour – Unnatural Causes – to tell the stories of cases and bodies that have both captivated him and haunted him. During an in-depth Q&A he said his most complicated case was the investigation into the death of Princess Diana, her partner Dodi Al Fayed and driver Henri Paul in 1997, and admitted that the most interesting case is always: ‘the one I’m working on right now!’ He added: ‘There is no such thing as a typical day as a forensic pathologist; every day is different and you never quite know, when you wake up, where you might end up that evening. A call can come in that changes everything.’

As a father of five, Dr Shepherd said has always been important to separate himself professionally and emotionally with work. ‘The hard bit is coming back round to normal life after working on a case,’ he shared. ‘There have been times I’ve had to stop the car around the corner from home and mentally think myself back to being a dad again – to come back to the real world.’ Now retired, Dr Shepherd, 70, has worked on many well-known cases. He was the forensic expert for the Bloody Sunday inquiry, and carried out post-mortems on Stephen Lawrence, the black teenager murdered in a racially-motivated attack in 1993, and Rachel Nickell, the young mother stabbed to death while walking with her two-year-old son and dog on Wimbledon Common.

Criminology is one of the most popular courses at QE with more than 300 students taking the diploma across the two years. Julie Wainwright, Teacher of Criminology, said: ‘Dr Shepherd’s talk has been invaluable to students. It has taught them things they simply can’t learn from a textbook and it’s much more powerful coming from someone with first-hand experience, especially someone as experienced in his field as Dr Shepherd.’