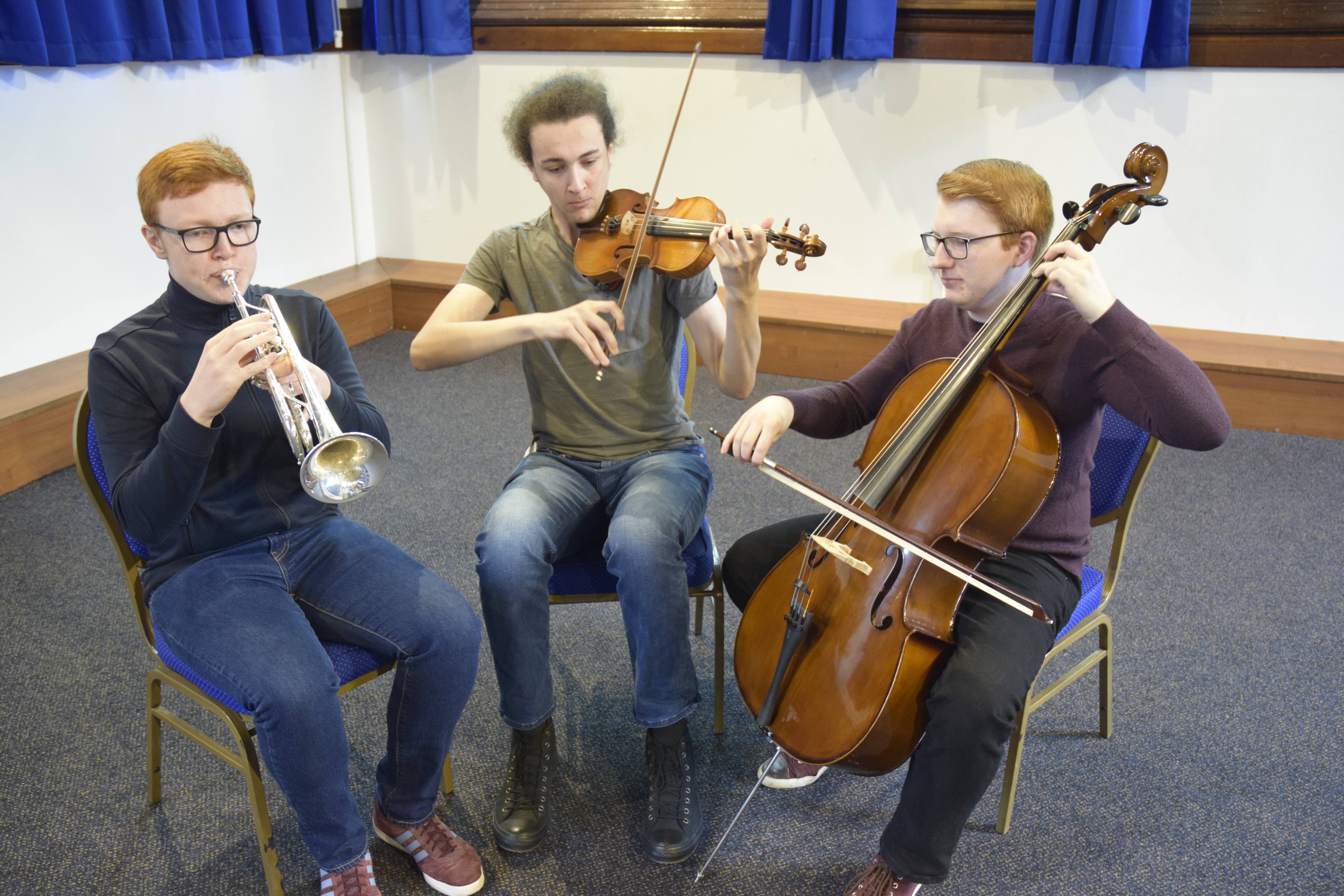 Musicians of the future from QE have showcased their talents at the College’s annual Leschinski Memorial and Leavers’ Concert. Audience members enjoyed wonderful performances by the Orchestra, Big Band, Rock Choir, Classical Choir and Baroque Ensemble to conclude another year of musical success and three students were awarded cash prizes for their dedication to the College’s music department. These prizes have been given to students since 1985, having been donated in memory of Mrs. Olga Leschinski, a piano teacher from Berlin, who was a refugee from Communist Russia and later believed to have been murdered by the Nazis during World War II.

Joe Kearney, who plays the violin, won Musician of the Year, commenting: ‘I am thrilled to have received this award. Playing in the orchestra has made me a much better musician’. Trumpeter, James Bartram, secured Most Improved Musician, adding: ‘Big Band has allowed me to build my confidence, make new friends and learn new skills’, whilst Ben Hacker, who plays the cello, won Biggest Contribution to the music department. He explains: ‘Being involved in music at QE has been one of the highlights of my time at College. Everyone has been so welcoming and friendly, and I have had a great time practising and performing with them’.