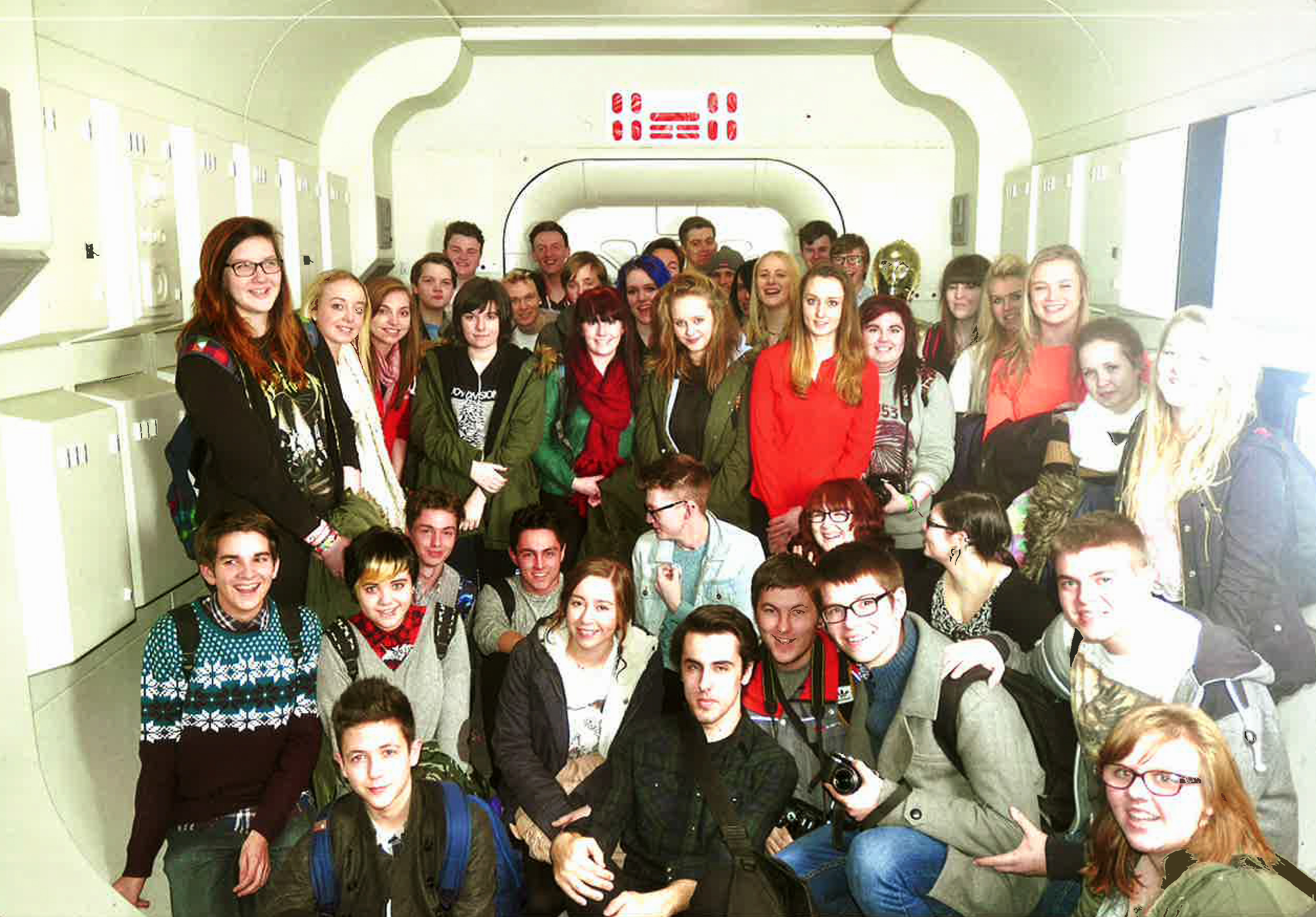 A group of students from QE recently spent two days in London furthering their A Level studies in Media and Film. The days were packed with exciting activities and visits that inspired the students and enhanced their learning.

The students visited the Film Museum looking at original costumes, props and screenplays from an array of films both historical and contemporary. They went on to tour the BBC studios to learn about radio broadcasting and created and presented their own radio drama. They also had the opportunity to look at and experience behind the scenes production for weather and news presenting.  Visiting the Warner Brothers Studios to see the sets of the Harry Potter films was another highlight along with a screening of the British Classic, ‘The Innocents.’

‘The trip was excellent and very educational. It gave the students great insight into the numerous job roles within the media and film industry and, more specifically, the detailed and intrinsic work that goes on behind the scenes such as pre- production planning and camera work. The students gained an understanding about the skills required for film production, set design, script writing and presenting. The visit was well received by students with demand for it to run again.’