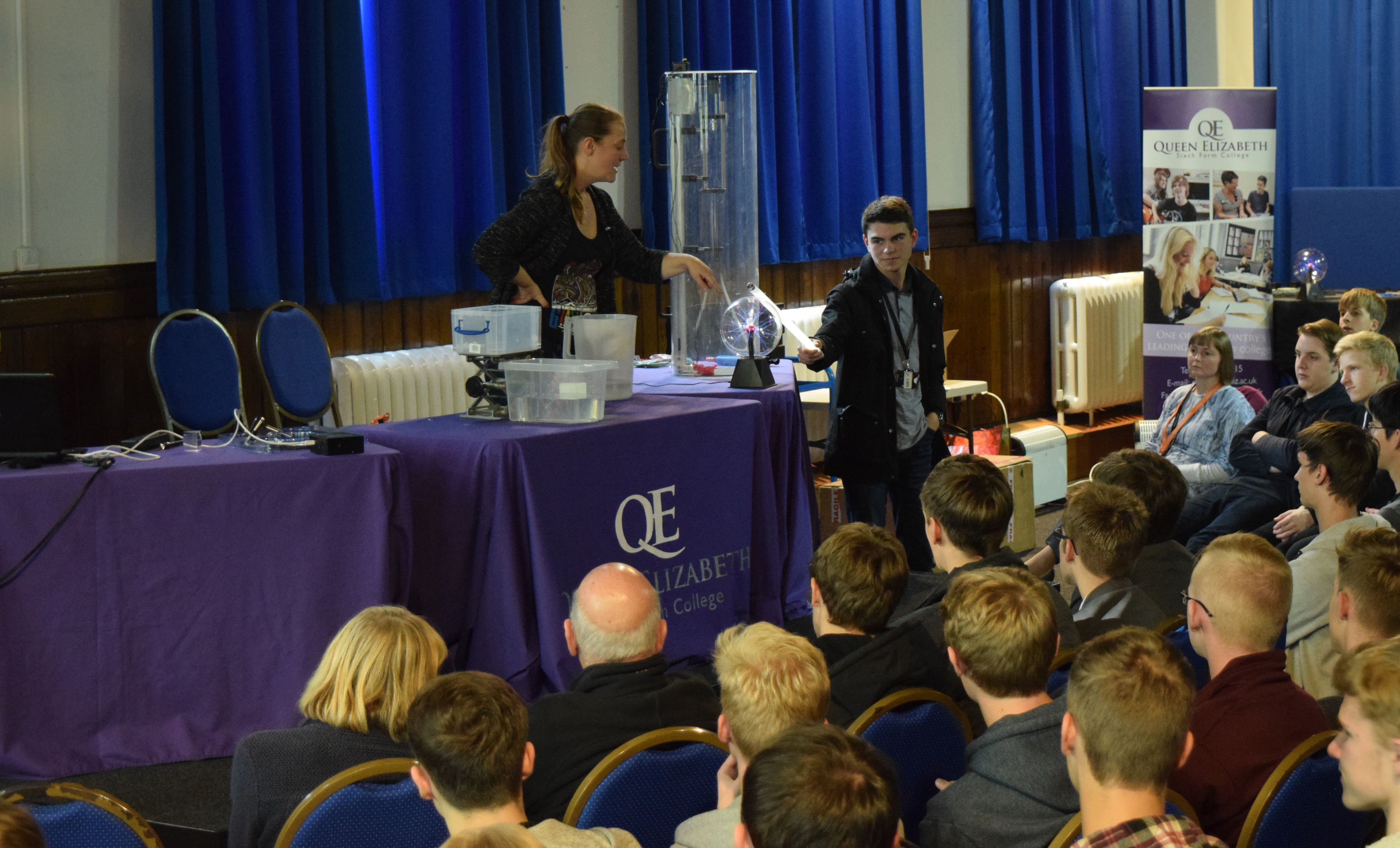 140 A Level Physics students from QE have enjoyed a thrilling hands-on workshop on high intensity lasers and their uses delivered by Dr Kate Lancaster from the University of York. Dr Lancaster explained how the use of lasers has evolved massively in the last 60 years, from initially being introduced as a ‘solution looking for a problem’, to today occupying an important place in everyday life with the average household possessing at least three laser based appliances. On a wider scale, she talked about ultra-intense lasers in medicine, industry and digital communications, and also how physicians can use them to reproduce conditions occurring at the heart of a black hole or from the birth of the universe, creating some of the most extreme conditions possible. Students then had the opportunity to practise using these lasers themselves, experiencing first-hand how powerful they can be.

Physics student Holly Westgarth-Graham described the lecture as ‘highly interesting’, adding that it was really encouraging to see a woman in Physics. Joe Heselton, another A Level Physicist, explained: ‘It really was an eye-opening experience. To discover that lasers are used for so much more than just DVD players is truly fascinating’.

Brian Wardle, head of A Level Physics at QE, described the day as a huge success: ‘Our students had a fantastic time and a gained a real insight into the practical world of Physics and how laser technology is driving Physics and scientific research forward.’ Following her visit to QE, Dr Lancaster later tweeted that she had thoroughly enjoyed herself and was impressed by the number of QE students studying A Level Physics.