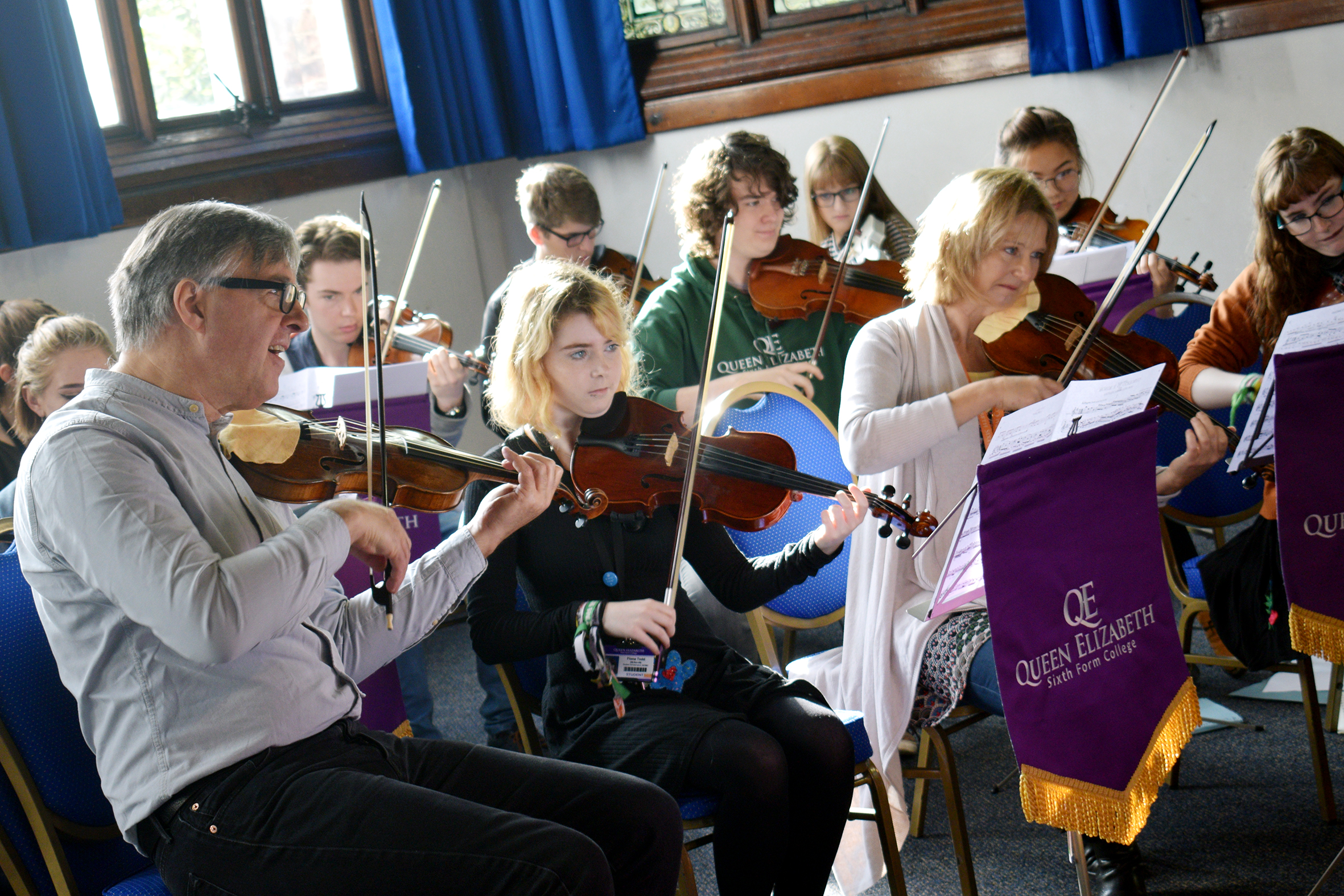 A level Music students at QE have been inspired by working with the Avison Ensemble, one of the UK’s most prestigious Baroque Ensembles. This ensemble consists of internationally renowned musicians including Pavlo Beznosiuk, one of the foremost violinists in the country, and the cellist Richard Tunnicliffe.

During workshops, the students received individual tuition and the chance to perform alongside such illustrious musicians.  At the conclusion of the day, all those involved gave a short concert. The music performed included the A minor violin concerto by Bach, with QE students Fiona and Rachel Todd as the soloists, and a flute concerto by Vivaldi known as ‘The Goldfinch’, with student Aelfleda Pybus as the solo flautist. There were also works by the Newcastle composer, Charles Avison, and a finely played cello concerto by the Durham composer, John Garth, who is buried at Darlington’s St Cuthbert’s Church. The solo cellist was QE’s Frances Ashdown.

Head of Music, Dr Simon Fleming, said ‘It was a wonderful experience for all our students involved. To be given the opportunity to perform music that they are studying alongside professional musicians was a hugely rewarding experience. The quality of music produced was exceptional.’

Student Michael Horner added ‘I thoroughly enjoyed working with the Avison Ensemble. It was an inspirational experience, led by talented and friendly musicians.’

The works performed at the workshop, and others, will be included in a concert given by the QE Baroque Ensemble at St Cuthbert’s Church, Darlington, on Monday 13 November at 7pm