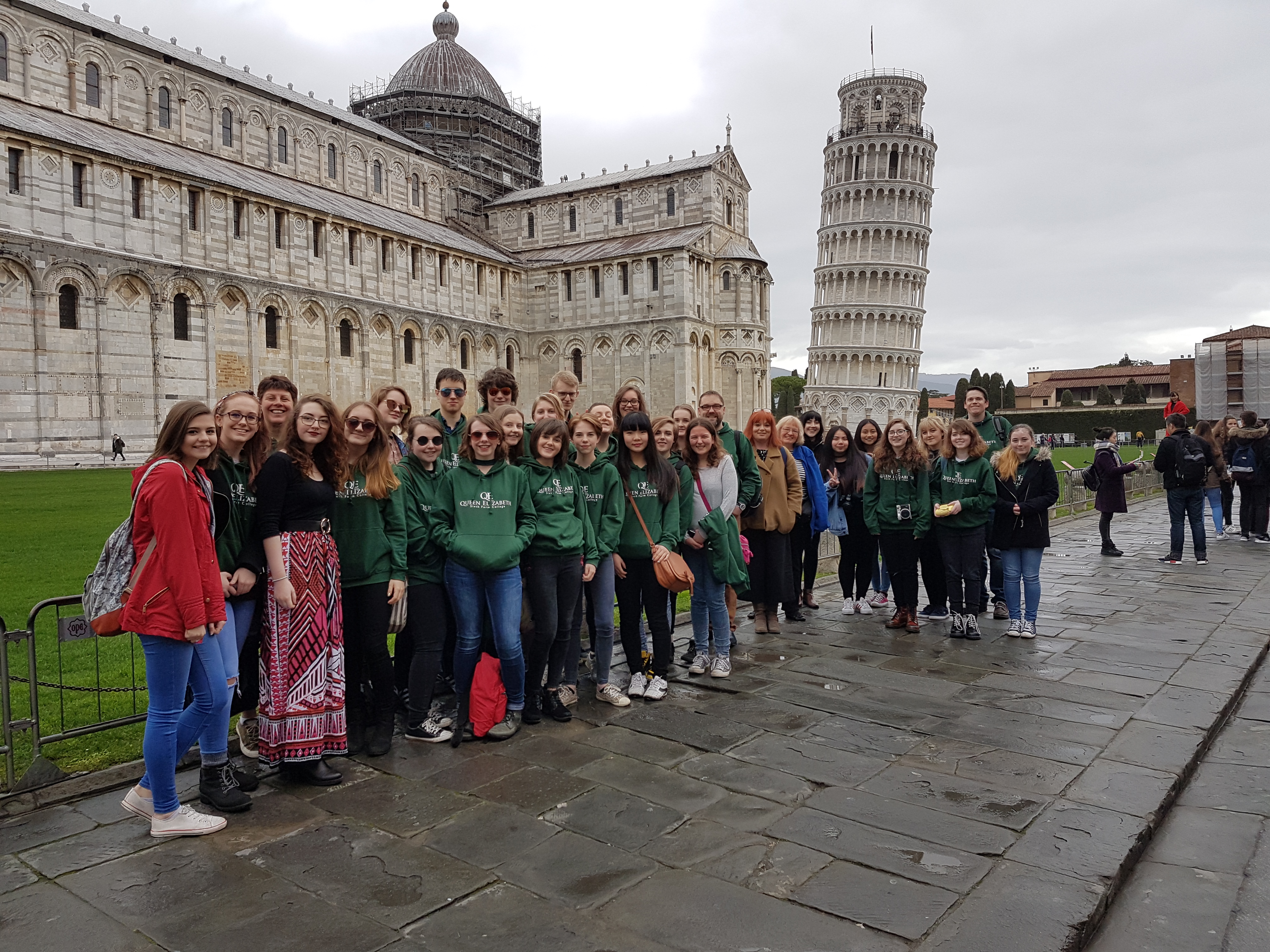 28 students and 5 members of staff from QE, have just returned from a successful trip to Tuscany, Italy, to make music. They gave three successful concerts, where audiences were highly appreciative of their skills and enthusiasm. The first concert was held in the residential home ‘Il Bobolino’ in Florence. The students then returned to this city the following day to perform at St Mark’s Anglican Church. Their final concert was held at St Peter’s Church in Siena. The students were warmly received at all of the concerts, even gaining a standing ovation at Florence. A high level of musicianship was shown by all students and solos were performed by Rachel and Fiona Todd in Bach’s double violin concerto and, in flute, by Flea Pybus and Naomi Hastings in the Arrival of the Queen of Sheba. Students also led the orchestra including David Dore, Lucy Lei and Flea Pybus.

Music is thriving at QE and four College ensembles took part: QE’s orchestra, baroque ensemble, rock and classical choirs. They performed a diverse range of music, including pieces by Palestrina, Bach and Handel, to film music and pop songs by Bastille, X-Ambassadors and Justin Timberlake. In addition to the concerts, students enjoyed visiting the Leaning Tower of Pisa, Puccini’s birthplace in Lucca, the Florentine art galleries and the medieval town of San Gimignano Student David Dore, who conducted the college orchestra, comments “It was a fantastic experience. I made some great friends and I can’t wait for our next trip.”

Simon Fleming, QE’s Head of Music, adds “As well as providing students with the opportunity to form and reinforce relationships with their peers, the tour enabled them to work together to produce high quality music that was very well-received. They did themselves and QE proud.”

The next trip, planned for March 2018, will be to Barcelona.