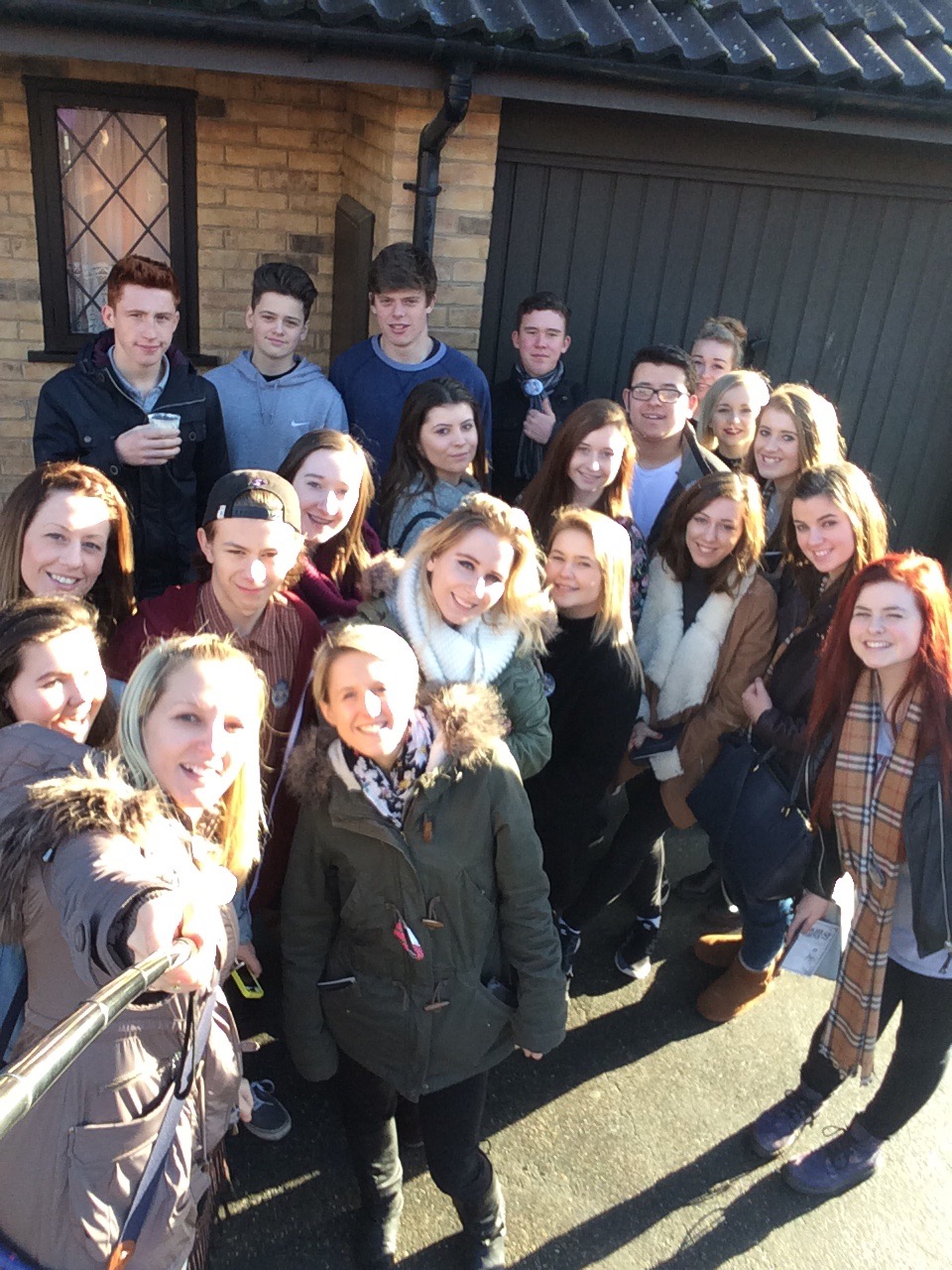 A group of students from QE recently spent two days in London furthering their A Level studies in Media and Film. The days were packed with exciting activities and visits that inspired the students and enhanced their learning.

The students visited the London Film Museum where they saw a ‘Bond’ exhibition with original props and cars from the films.  Later they went on to tour the BBC studios to learn about TV radio broadcasting and created and presented their own radio drama. They also read the news and weather live in the BBC and ended the first day seeing the amazing West End show, Billy Elliot. The second day was equally as busy with an early start for the at the Warner Brothers’ Studios to see the sets, props and costumes of the Harry Potter films.

‘The trip was excellent and very educational. It gave the students great insight into the media industry and the numerous jobs within media and film. More specifically, they came to understand the detailed and intrinsic work that goes on behind the scenes such as pre- production planning and camera work, especially at the BBC and within film production. The students thoroughly enjoyed the visit and were an asset to QE. We’ll definitely plan a similar trip next year.’