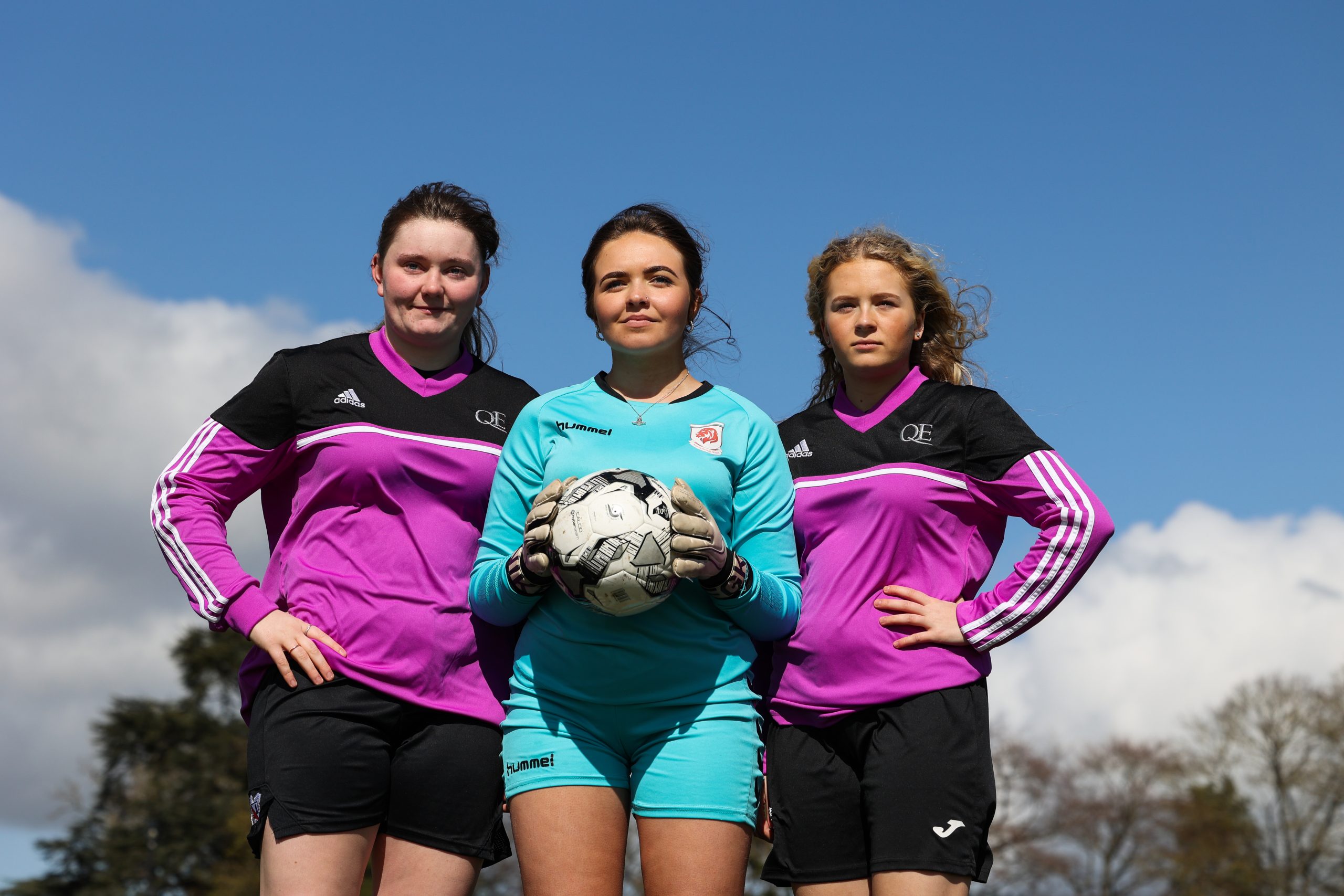 A talented young footballer and aspiring medic is following in her father’s footsteps as an accomplished goalkeeper after signing for Middlesbrough Women FC. Grace Fisher currently juggles hours of training with her A Level studies – and is now celebrating after signing a senior contract. The 17-year-old Boro fan has played as goalie since 2017, starting in the under 13 squad and progressing to first choice keeper in the under 18s. A first-year student at QE, Grace balances her A Level studies in Chemistry, Biology and Physics with club training, matches and college football and futsal. She said her biggest inspiration has been her father, Ben Fisher, who in the 1990s played youth team and reserve team football for Hartlepool United and Bradford City, as goalkeeper, and in 2020 became chairman of MWFC. “I’ve loved football for as long as I remember; I love the togetherness of the sport and that competitive spirit when we train and play,” said Grace, from Bishop Auckland, who aspires to study medicine or medicinal chemistry at university. “I’ve always been a Boro supporter and feel so proud to play for the women’s team, as well as my college team. I have my dad to thank for always encouraging and supporting my football dreams.”

Also an active member of QE women’s football team, Grace is one of three students at the college to sign for big clubs in the region. Teammates Katie Sheridan and Hattie Raine are both on the books of Darlington Women’s Football Club. Second year student Katie, who is studying Criminology, PE and Media Studies, was introduced to football at six years old, and played for the Norton and Stockton Ancients before signing for Darlington. The 18-year-old said: “I come from a sporty family and have always loved football, so playing at this level is fantastic. I train weekly with Darlington FC, compete in weekend matches and also play for the QE women’s team. It’s a great sport and a brilliant way to make friends.” Hattie, 17, from Darlington, started playing football at five years old. She added: “Women’s football is gaining in popularity and it’s really nice to see such an interest in it at college. Hopefully next year we’ll have even more people wanting to join the team.”

Kellie Pomeroy, QE’s sports development coordinator, praised the girls’ success and passion for the sport. “It’s fantastic having students like Grace, Katie and Hattie playing for the college – not only are they really talented footballers but they’re also passionate about the sport, and therefore they help inspire others to get involved,” she said.