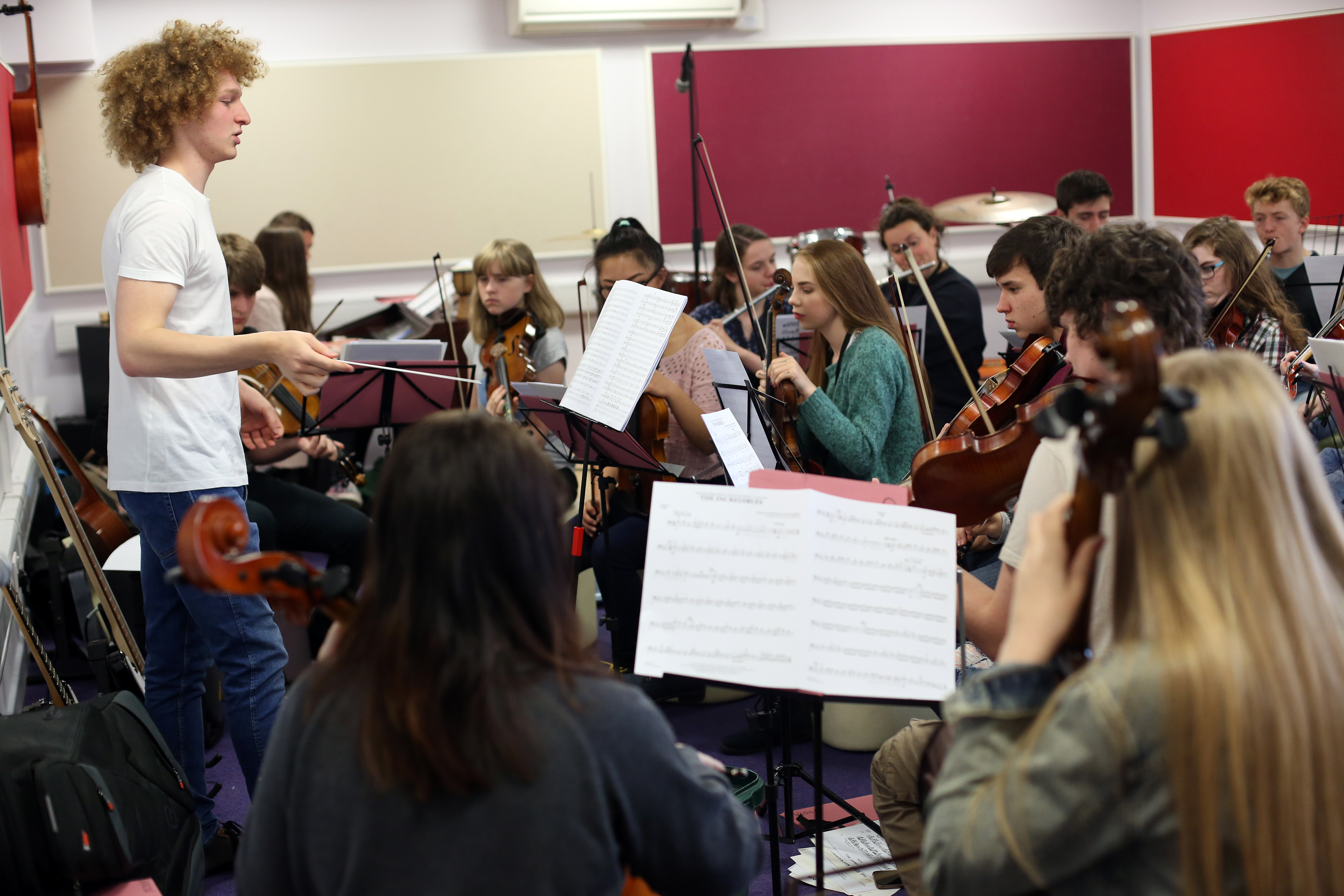 Congratulations to QE student, Simon Chorley, who has been accepted onto the highly prestigious National Youth Orchestra for 2017.

The orchestra is widely seen as the world’s greatest orchestra of teenagers and Simon will join 162 other teenagers from all over the country to perform with.

To be selected Simon, who plays bass trombone, had to perform in several auditions in front of well-established professional musicians.

Simon says “I’m really excited because I’ve never experienced playing in an orchestra as large as the NYO and playing in something so dynamic and powerful is going to be an amazing experience.”

Whilst at QE, Simon has developed his musical skills by playing in the College’s Big Band and Orchestra which he has also conducted in various performances.

Simon has been playing the trombone since he was eight when his parents suggested he try it due to his love for blowing down cardboard tubes!

During 2017, Simon and the other NYO musicians will participate in three residencies, give eight major concerts including at the Festival Concert Hall, play live on BBC Radio 3, appear on Classic FM and celebrate the release of a new recording of “The Planets”.

After QE, Simon plans to progress to Music College and he has already been offered places following successful auditions.

Vice Principal, Laurence Job, comments “We are delighted that Simon’s extraordinary musical talents have been recognised by the wonderful accolade of being accepted into the National Youth Orchestra. He has a great future ahead of him and we wish him every success.”