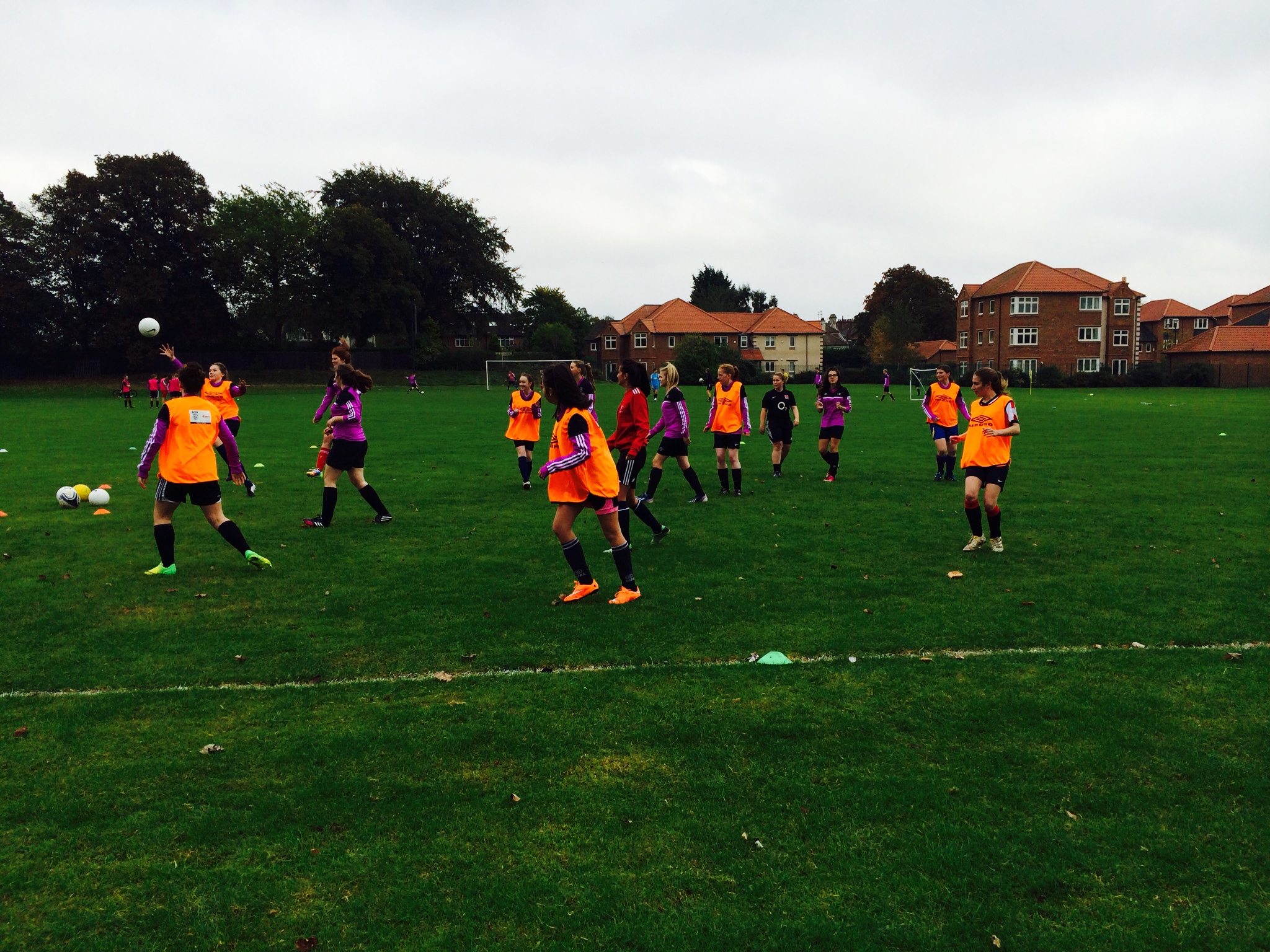 To celebrate National Women’s Football Week, QE students took up the challenge to raise the profile of women’s football by taking part in Football and Futsal taster sessions. The aim was to get more girls involved in the sport.

“The 26 girls who took part really enjoyed the sessions and gained a lot from them.  We now hope to develop some TEAM 19 Futsal Leagues/sessions for girls in college and to build on our already successful female Football programme. I would   like to thank everyone who helped organise the Women’s Football Week’s Events.’’