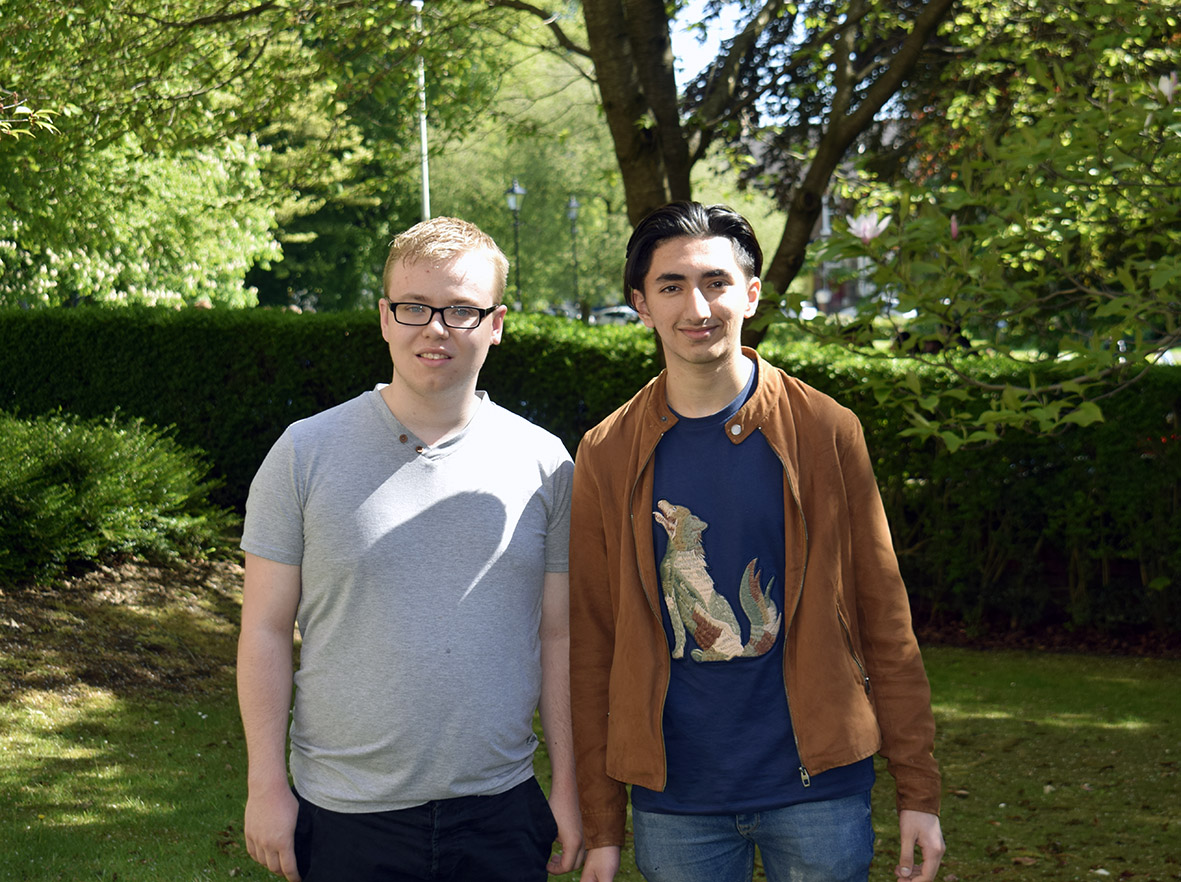 Students at QE have voted for the new President and Vice President of the Student Association for the upcoming academic year. This year’s candidates spent several weeks campaigning for votes through the use of marketing posters, promotional videos and speeches, and Kion Sharma was elected President while Andrew Brown has become Vice President. The duo will now be joined by a team of several other students as the new Student Association Executive is formed ready to start work in August.

Kion is currently studying A Level Biology, Chemistry and History, and aspires to study Medicine at degree level. Looking ahead to his new role, he comments: ‘It is an honour to have been elected President by my peers, and I fully intend to uphold my policies, providing more opportunities for both personal and academic development’. Andrew is a student of Geology, Further Maths and Physics, and plays the cello as part of the College’s Music Ensemble. He adds: ‘I would like to thank everyone who has supported me during my campaign. I am honoured to hold the role of Vice President of the College’s Student Association’.

Sarah Steel, Student Services Coordinator at QESFC, explains: ‘Both Kion and Andrew are passionate about listening to the student voice and making positive changes to the College experience for all. I think they will lead a strong team and I look forward to working with them this coming academic year’.