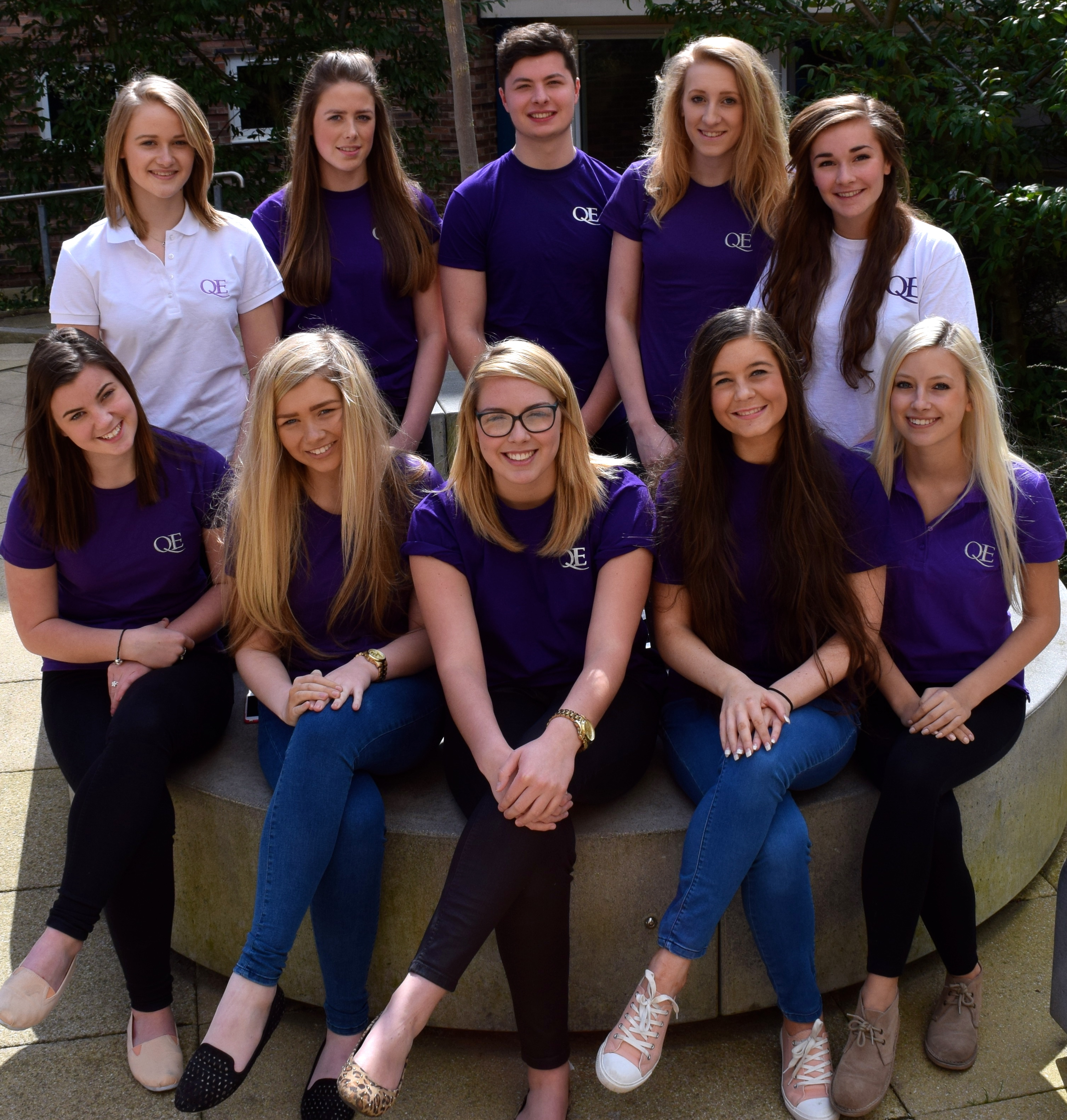 QE’s Student Sport Management Team has announced the new Leadership Team for 2015-16. The Team is a firmly established element of sport in the College, giving students a voice and involvement in the planning, strategy, organisation and running of all sport and physical activity. Over the last few years the College has built a national profile in the world of college sport and a reputation as pioneers of student-led sport leadership programmes.

In keeping with the philosophy of what the Team is about, the 2014-15 leaders, Beth Donaldson, Beth Squire & Sam Bell carried out a recruitment process which involved an application followed by interviews.

“With nearly 30 applications, the selection process was tough and the interview responses were extremely high quality. It was highly competitive.”

“We are really happy with the appointments, for next year and believe they can carry on the good work of the Team and take it to a new level next year.”

The new leaders will work alongside the current Team for the remainder of the academic year before taking on their roles fully in September. They will also begin to recruit fellow students to work in their project teams. The successful students are:

Check out the work of the team on Twitter: @QEStudentsport