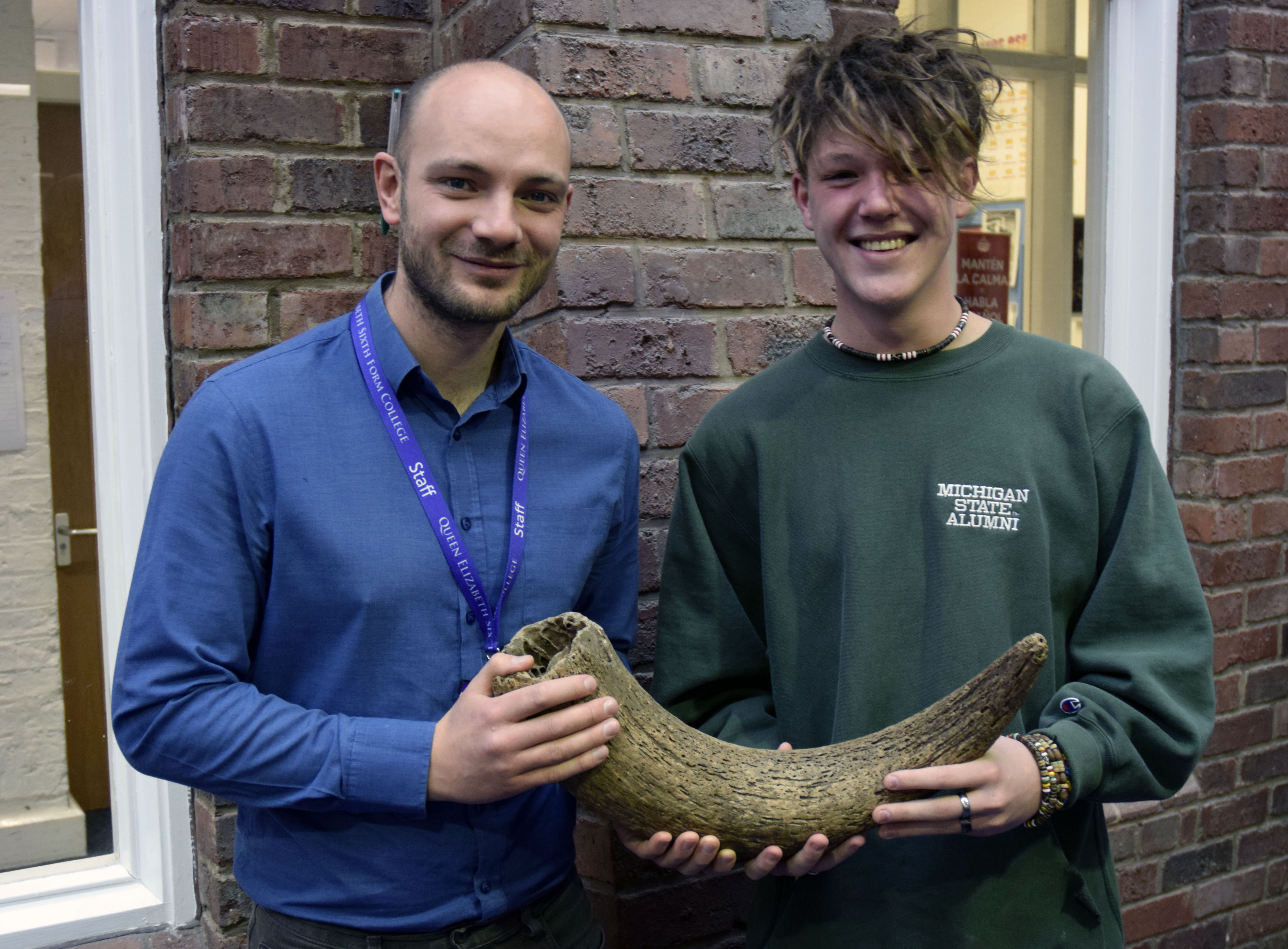 Alf Hall, a History student from QE has discovered a 10,000-year-old aurochs horn whilst walking his dog along the River Ure in Wensleydale. Aurochs are an extinct species of large cattle, similar to bison, which lived throughout Europe, Asia and North Africa until the early seventeenth century when the last recorded female died in the Jaktorów Forest, Poland. Alf had his finding professionally identified and dated by the Natural History Museum in London before bringing it to College to show his classmates and teachers. He explains: ‘I was walking my dog when I noticed the top of the horn sticking out of the side of the riverbed during a time of drought in the Yorkshire Dales. I pulled it out, only to discover this magnificent, prehistoric looking artefact. After it had dried, around two days later, it revealed the membranes inside and this is when I realised it had to be something dating back to at least the Bronze Age’.