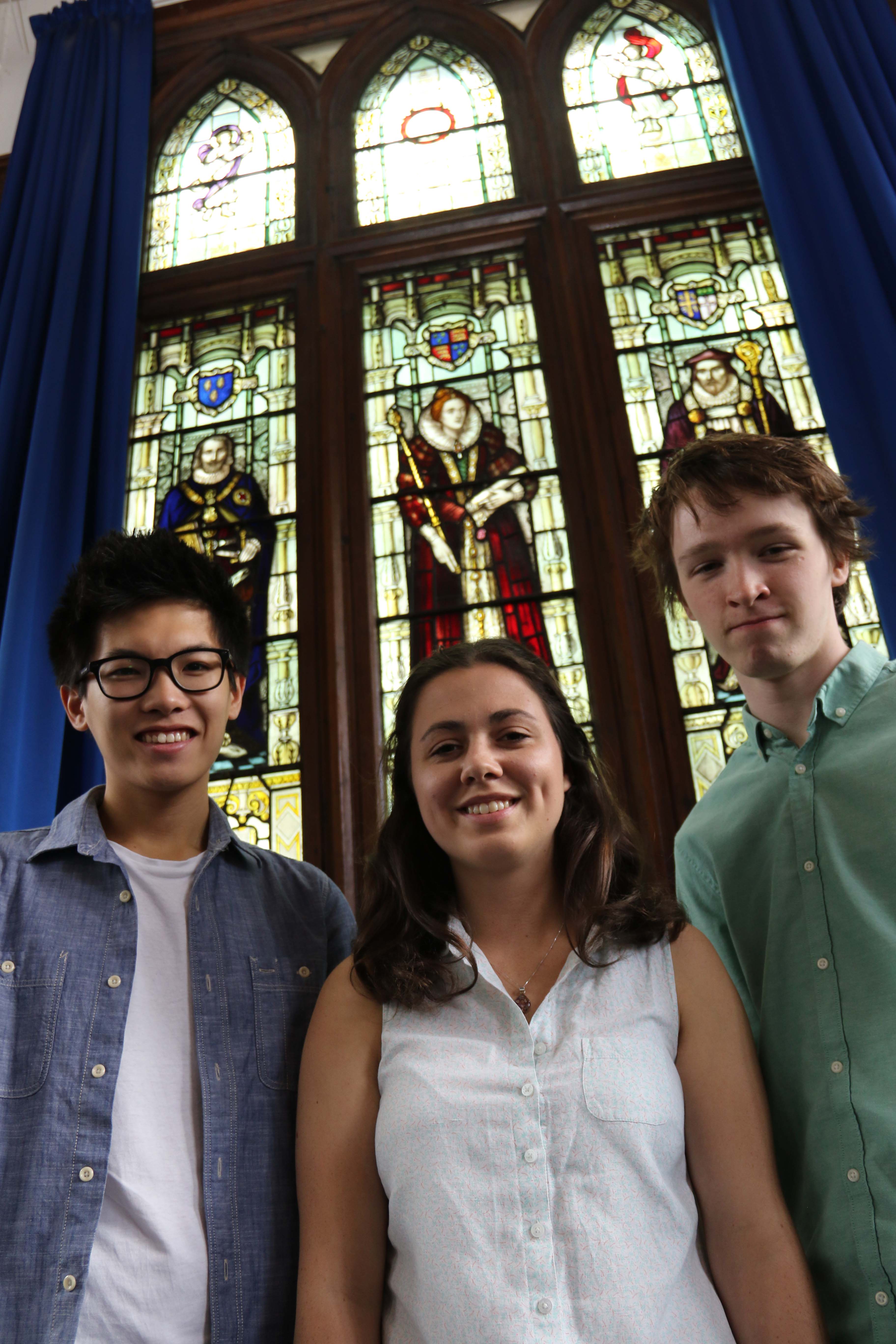 STUDENTS are striving to uphold QE’s centuries-old tradition as they endeavour to secure the 100th place at Oxbridge universities in just over a decade.

First year students are in striking distance of achieving a milestone in history as their peers start their studies at Oxford and Cambridge University.

The College has excelled academically since it was founded 452 years ago, producing some of the most talented students in the country who have gone to study at the best universities and secure top jobs.

Over the past decade close to 80 students have been offered places at the universities of Oxford and Cambridge, with the best year taking 14 places.

Work is well underway to help current A and AS Level students achieve their academic goals.

The College has an Oxbridge co-ordinator, organises trips to the universities and arranges for university staff to visit QE.

Students are also assessed for the qualities required by Oxford and Cambridge and given extra reading over the holidays, as well as advice on interview technique and writing personal statements with the support of full-time professional careers staff.

“It is about nurturing ambition,” said Principal Tim Fisher. “Then we take our students down to Oxford and Cambridge so they can absorb the atmosphere. Inspired and raring to go, we then help them achieve their goals.”

For Jessica Dobson, it proved a winning formula and well worth the daily commute from Ripon to Darlington, a 45-minute each-way drive for 18 months.

Now reading geography at Sidney Sussex, Cambridge, she said: “We moved to Ripon shortly after starting at QE but I was enjoying it so much I didn’t want to leave. Now I am really looking forward to life at Cambridge.”

Securing a place at Homerton College, Cambridge, was music to the ears of Northallerton-born Max Goodall.

Max is reading music, allowing him to cultivate the piano and guitar skills he has possessed since childhood.

He said: “Music became a passion at school that was supported at QE with plenty of ensembles. Cambridge will allow me to study classical, popular music and jazz, leaving me in a good position career-wise.”

The numbers continue to add up for Wesley Chow who first developed a talent for maths in primary school. He is now studying maths at St John’s College.

“QE has really supported me by encouraging me to take part in maths competitions,” he said.  “I love maths and it will be a great degree to have in the future.”

Other students who secured coveted places this year include Alex Wall, who is reading history at Oxford. Cambridge places include Jasmin Abbott, medicine, Nick Heitler, philosophy and Eve Crawshaw, politics, psychology and sociology.

Past students who attended Oxbridge have gone on to secure top jobs. Robert Ike, who studied English at Cambridge, is now an award winning writer and theatre director at the Almeida in London; Jill Gaskell, who studied engineering at Oxford now works for Rolls-Royce.