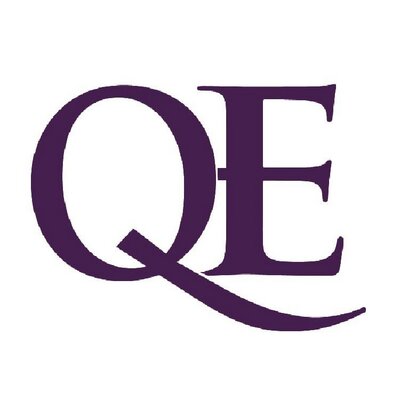 Students have cemented QE’s reputation as one of the best in the country after securing a record 15 places at either Oxford or Cambridge University. Their achievement has helped QE reach a landmark of 100 places at Oxbridge universities in just over a decade.

The College has excelled academically since it was founded 452 years ago producing some of the most talented students in the country, who have gone to study at the best universities and secure top jobs. Over the past decade close to 100 students have been offered Oxbridge places, with the previous best year of 14 offers exceeded this year with nine places at Oxford and six at Cambridge.

The College has an Oxbridge co-ordinator, Simon Nicholson, who organises trips to the universities and arranges for university staff to visit QE. Students are also assessed for the qualities required by Oxford and Cambridge and given extra reading over the holidays, as well as advice on interview technique and writing personal statements, with the support of three full-time professional careers staff. Simon, who is also Head of Geography and an Oxford graduate, said:

“This is an all time record and great to see. My role is to recognise and encourage students who might not appreciate they have the right qualities Oxford and Cambridge are looking for. We show them that it is achievable, then we support them through the application and interview process.”

“We feel privileged to put Darlington on the map nationally as a seat of learning. There can’t be many state sixth forms with QE’s reputation and success in securing places at the best universities in the world. Staff and students work incredibly hard and this amazing achievement of securing 15 places vindicates the time, effort and commitment of everyone involved.”

For former St Aidan’s Academy pupil James Crossley, the offer to read engineering at Churchill College, Cambridge, will be another step towards a career in computer architecture to create the next generation of computer chips.

The 18-year-old, of Darlington, who is studying A Levels in maths, further maths, physics and geography, said:

“The interview was a bit daunting at first but I really enjoyed talking to people at the top of their field. Before coming to QE I hadn’t even thought of engineering but then I got involved in the Future Engineers Scheme which helped me appreciate the amazing opportunities out there.”

Grace Carlton, 18, of Darlington, who is studying A Levels in maths, physics and chemistry, will read chemistry at Exeter College, Oxford. “I hope to work in the field of research and organic chemistry, looking at carbon and oil,” she said. “I’m so excited about my offer as it means I could end up working anywhere in the world.”