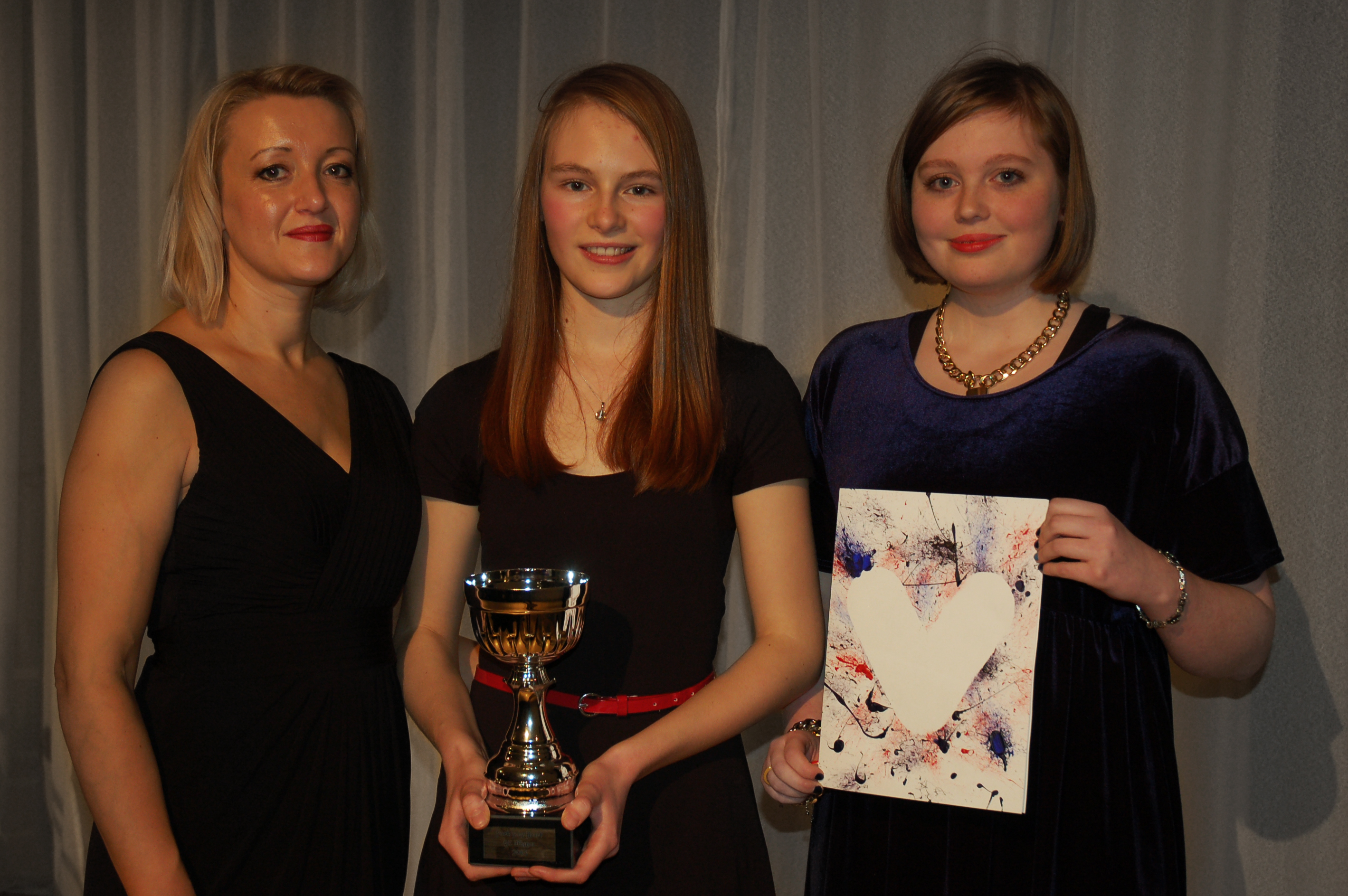 Talented students at Queen Elizabeth Sixth Form College, Darlington have been competing in a pioneering national contest to encourage students at schools and colleges in England to learn and recite poems by heart.

Eight QE students took part in an evening of recitation to decide a winner who will progress to the Durham and Teesside round of the competition in Stockton-On-Tees in February. The winner of this will go on to a grand final weekend at the National Portrait Gallery in London, in March. The students recited two poems each from the 200 available in the online anthology at www.poetrybyheart.org.uk  which supports the competition.

The students’ choices of poems were ambitious and their recitals showed a heartfelt and textured understanding of the poetry.  The worthy winner was Georgia Turnbull whose recitation of ‘Judith’ by Vicky Feaver was electrifying. The runner-up was Alice Morley who put real passion into her rendition of ‘The Rights of Women’ by Anna Laetitia Barbauld.  They were judged by a panel comprising Peter Barron, Editor of the Northern Echo, Pat Haworth, Principal of Hummersknott Academy and two former Heads of English language at QE, Joan Petrie and Kath Lee. All were impressed with the commitment of the students and the quality of the performances they watched.  Kath has been working with the co-founders of Poetry By Heart, Julie Blake and the former Poet Laureate Sir Andrew Motion, on the running of the competition nationally and was delighted to be invited back to watch a great College competition; she will be reporting back on the success of the night.

‘It has been refreshing to see the students engaging with poetry so enthusiastically outside the classroom. They all performed to a very high standard and clearly moved and entertained the audience. I was very proud of them all.’

‘It was an absolute honour to take part in QE’s second Poetry by Heart Competition with my fellow competitors, all of whom deserved to win! I am very grateful to Julie for being so inspirational, helping us prepare and organising what was a fantastic evening. I am so happy and pleased to have won the People’s Prize as well as the First Prize – a fabulous early 18th birthday present.’