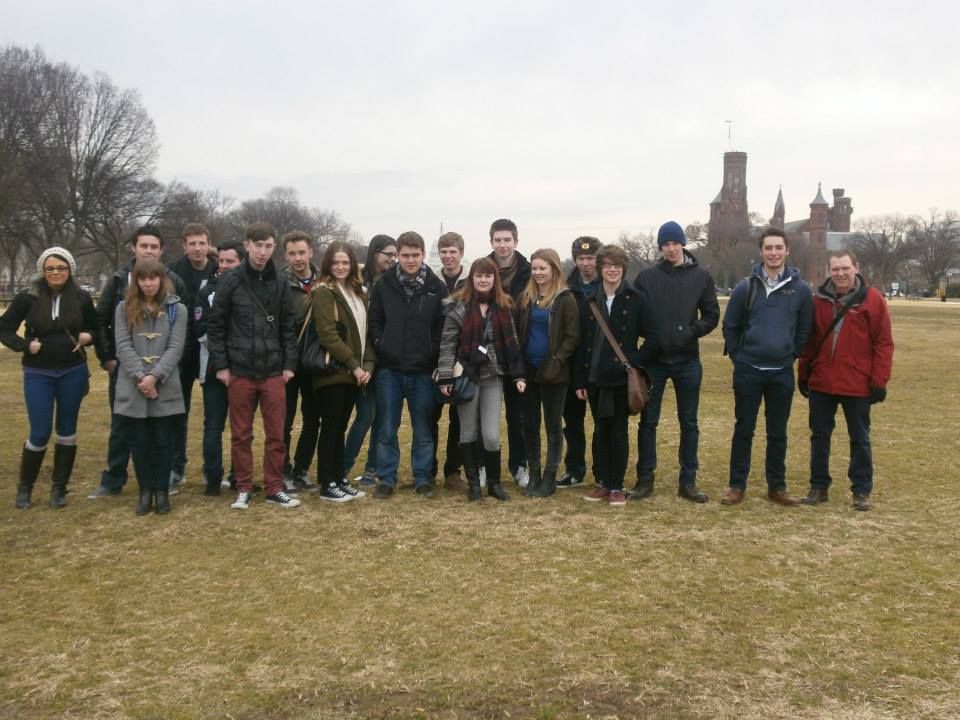 Once again, second year Politics students from QE joined students from Shrewsbury Sixth Form College and jetted off to the United States. Their destination was the capital, Washington D.C. and their aim was to gain an intimate view of the American political landscape they are studying for A Level.

The sites visited included the U.S. Capitol, the Supreme Court and the Lincoln Memorial. Students also met and asked questions of those involved in Washington politics on a daily basis. Amongst them were the Senator for Vermont, Bernie Sanders and speakers from the NAACP (National Association for the Advancement of Colored People) and the National Abortion Federation. The group also attended a debate between representatives of the Coalition to Stop Gun Violence and the National Rifle Association.

The trip was a huge success with students from both colleges mixing well, many staying in touch beyond the flight home.

“The trip was a fantastic experience which gave us the chance to see what we’d learned about in the classroom first hand and to meet new people. Special thanks from participants go to QE’s Head of Politics , Gary Hogg and to Shrewsbury’s Head of Politics, Dave Charlton who was primarily responsible for organising the visit.’’